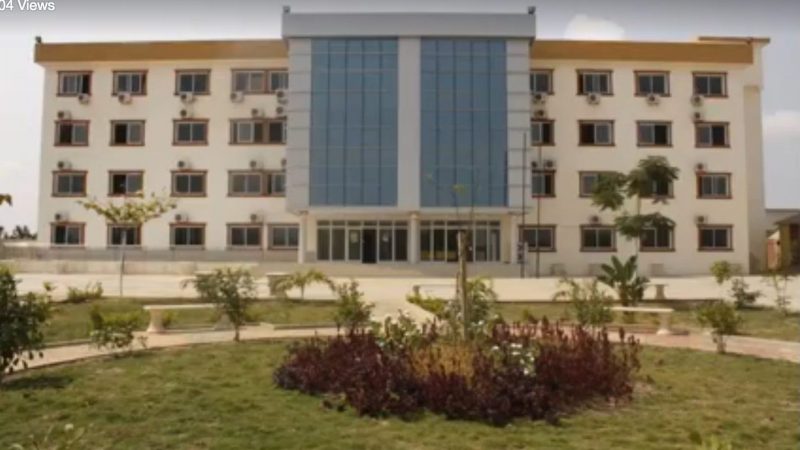 International Hope School, known as the “Turkish college”, had their activities banned by Angolan authorities on 10 February. Source: Screenshot/Facebook

Earlier this month, Angola's Education Ministry shut down the International Hope School, known as the “Turkish college,” a private school in Luanda. According to the Angolan newspaper O País, all the foreigners employed at the school lost their work visas and will soon be asked to leave the country.

Critics suspect that the decision, supported by a presidential decree issued last October but enforced only now, might be the result of pressure by Turkish President Recep Tayyip Erdogan, whose government has carried out mass arrests in Turkey ever since a failed coup last July.

In October, the newspaper Folha 8 reported, without citing sources, that Erdogan was negotiating with the Angolan government to have Turkish citizens extradited in exchange for shipments of food products, including rice.

Tchissola Figueiredo, a 16-year-old student from the Turkish college, published a video on Facebook describing what happened when the school was closed, when she says Education Ministry officials interrupted morning classes. Around 11 a.m., police reportedly lined up all the school's faculty and demanded to see their identification papers.

In her Facebook video, which has nearly 80,000 views on Facebook at the time of this writing, Tchissola also denies rumors circulated on WhatsApp that the school supposedly promoted radical Islam and supported the movement of Fethullah Gülen, a Turkish citizen exiled in the United States accused by Erdogan of masterminding last year's attempted coup in Turkey.

This movement has nothing wrong. It is a humanist movement. It is a movement that aims to show that not all Muslims are radical and extremist. And yet, we are not part of that movement. We are not part of the Fethullah Gülen movement. But even if we were, there would be no problem. Because if Fethullah Gülen were really at the base of the coup that happened in Turkey, the American people would not have welcomed him as he is now.

Journalist Pedrowski Teca of the newspaper Folha 8 recorded footage of the government's raid on the school, sharing the video on his Facebook page:

According to Deutsche Welle, students’ parents say they plan to protest the decision to close down the school.

The police crackdown didn't end with closing the school. Two Turkish faculty members, Ibrahim Gardol and Elgiam Tusdiev, were also charged with money laundering, financing international terrorism, and associating with an ideological movement linked to the attempted coup in Turkey, according to O País, citing an anonymous source.

Angola's interior minister Ângelo da Veiga Tavares denies that its actions against the school were motivated by external pressures, refusing to offer further details about what prompted its police operation. In a press conference on Feb. 15, he stated:

The issue that caused the government to make the decision to close the college is a matter of gravity, it has nothing with any pressure that the Angolan government has been suffering from any country, but for reasons of a facts in which we are not going to detail, because there are other structures that are also giving treatment to this issue.

The Turkish president recently toured Africa, having passed through Mozambique, where he also made a similar request to close down several schools and projects connected to his Turkish adversaries. In this case, Facebook user “El Thazi,” a Mozambican citizen, shared his skepticism:

This was the request of Erdogan, Turkish President. Since the failed attempted coup, he says we have in SADC Turkish businessmen who finance terrorism in Turkey.
He asked for their delivery in exchange for financial support: blackmail
The Mozambicans will not get into that. Our constitution does not allow us.

Luaty Beirão, an Angolan activist on trial for rebellion in a high profile case known as 15 + 2, also accused the Turkish government of being involved in the scandal:

Mozambican journalist Rafael Ricardo argued that the Turkish government is buying the Angolan regime “with a plate of food”:

It is very dangerous to be a hungry nation because those who have food can do whatever they want where they are hungry: Buy a country with a plate of rice.

Here are the tentacles of the Ottoman emperor by bands of Kambas. He wants to shut down every Turkish business to any Turkish citizen outside his political “habitat.” It's the same desire he has around here.