These Female Skateboarders Are Blazing a Trail in India 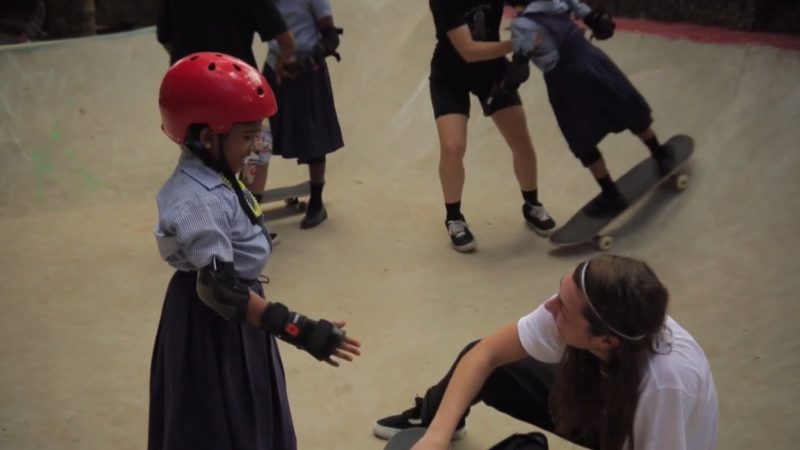 A community of women in Kovalam, a small coastal town in the southern Indian state of Kerala, is pushing the boundaries that Indian society sets for women and girls. Led by India’s first female skateboarder, Atita Verghese, Girl Skate India is on a mission to feature, connect and increase the number of female skateboarders in India and so far achieved a lot of international recognition.

Atita Verghese explains how she was drawn to this sport in a TEDxPESITBSC talk. She fell in love with skateboarding when she was 19, but didn't have her own board. She joined a collective in Bangalore called Holystoked and decided she wanted to bring more girls to skate. In her view, skateboarding not only gets girls into athletics, but also teaches perseverance, teamwork, confidence, balance, coordination and endurance, “things that can help women grow stronger mentally and physically”.

In 2013, Atita and her friends built a skate park in Bengaluru with the help of the HolyStoked Collective, and began teaching skateboarding to underprivileged children. She eventually launched Girl Skate India — an initiative to teach girls how to skate, promote gender equality in skating and highlight up-and-coming female skaters in India. Girl Skate India works with Holystoked to host classes for young girls and aims to make skate parks open to skaters of all genders.

In an interview with Girls Are Awesome, Atita commented about the efforts she put in to bring more girls into the sport:

I wanted to make it visible that there were girls skateboarding in India, even though the numbers could be counted on one hand at the time. I started talking parents into getting their girls into skateboarding and taking the movement online.

The work of Atita's team is important as India ranked 136 out of 186 countries in the UN’s gender inequality index (2014).

This is one of our favourite photos by far from the little village that's home to one of the best skate parks in india- @janwaarcastle. Happy little girls supporting each other on boards and off ❤? #girlgang #thankyouskateboarding

Inspired by its success, Atita and the Girl Skate India team embarked on a 15-day journey with 13 female skateboarders from nine different countries across Bengalore, Kovalam, Goa and Hampi, in December 2016. Atita led the team which performed on the street and taught local girls how to skate and build ramps for the future. Here is the short film featuring the tour.

The Girl Skate India team has also appeared in a music video for “Alpha Female” by British band Wild Beasts:

The director of the video, Sasha Rainbow, explained:

In places like Afghanistan, Cambodia, and India, skating has not been solidified as a male sport and, therefore, has had a massive cultural impact, teaching values about self-empowerment through skateboarding.