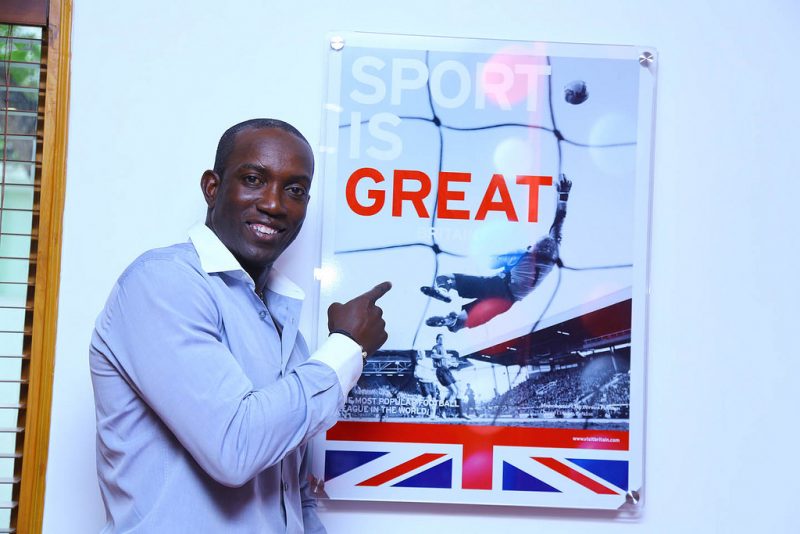 President Trump's travel ban may be on hold [2] as his administration addresses where it may have overstepped constitutional provisions, but many social media users felt that was the reason Trinidad and Tobago-born football superstar Dwight Yorke [3] was denied entry [4] into the United States on February 17. But was it, really? The answer is probably not.

The controversial executive order on immigration [5] banned US entry to citizens of seven Muslim-majority countries, including Iran. When then acting Attorney General Sally Yates refused to support the travel restrictions, citing them as unconstitutional, she was fired [6]. Despite the Department of Justice's insistence that the travel ban was in the interest of national security, the US appeals court rejected an appeal [7] to reinstate the ban after it was suspended by a different court. Nevertheless, many travellers [8] have already been affected [9].

According [4] to Yorke, he was “made to feel like a criminal” for having the Iranian stamp in his passport; he had visited the country to play in a football match to open a new stadium. Yorke was warned by airport officials in Qatar on February 17 that “there was a visa problem and a red flag had come up” because of the stamp. When told that he would likely face deportation if he landed in the US, Yorke explained that he was simply trying to get to Trinidad and Tobago, for which he had to catch a connecting flight in Miami.

Many netizens assumed the problem was related to President Trump's travel ban, but journalist Vernon O'Reilly Ramesar suggested on Facebook [10] that the incident was “possibly related to an Act signed by President Obama in December 2015″, known as the Visa Waiver Program Improvement and Terrorist Travel Prevention Act. Posting a link to the Act [11], Ramesar quoted from it:

Popular sports website Wired868 backed up [12] this claim, and helped clear up misconceptions:

Former Manchester United star and Trinidad and Tobago World Cup 2006 captain Dwight Yorke was not turned back from Florida nor was he denied access to the United States due to President Donald Trump’s controversial ‘travel ban’, which was already stayed by the US courts.

Instead, according to Trinidad and Tobago Government sources, Yorke was allegedly denied the opportunity to fly through Miami—in transit—due to a visa issue.

The US Embassy subsequently explained [13]:

The Visa Waiver Program (VWP) allows citizens of certain countries to travel to the United States for business or tourism for stays of up to 90 days without a visa. A list of available countries is available at www.dh.gov/visa-waiver-program-requirements [14]. Trinidad and Tobago is not part of the VWP.

All prospective VWP travellers must obtain pre-travel authorisation via US Customs and Border Protection’s (CBP) ESTA system prior to boarding a plane or ship for the US.

As of December 2015, nationals of VWP countries who have been present in Iran, Iraq, Syria—and other specified countries—at any time on or after March 2011 are no longer eligible to travel or be admitted to the United States under the VWP.

Additional information including ESTA applications are available at www.cbp.gov [15].

Yorke eventually re-booked his flight to Trinidad via another transit point, but the whole misunderstanding was linked to Trump's executive order after the footballer's colleague — senior football anchor at beIN SPORTS, Richard Keys — tweeted:

Naturally, the Twittersphere exploded, with many criticising Trump and ranting at the perceived injustice done to Yorke:

Makes me laugh America stamping down on immigration. Every single person in that country is an immigrant #DwightYorke [22]

…while another called for quid pro quo:

But the whole affair may just have come down to this:

So Dwight Yorke didn't get himself the visa necessary to enter the USA. How is this anyone's fault other than his own? #dwightyorke [36] #visa [41]