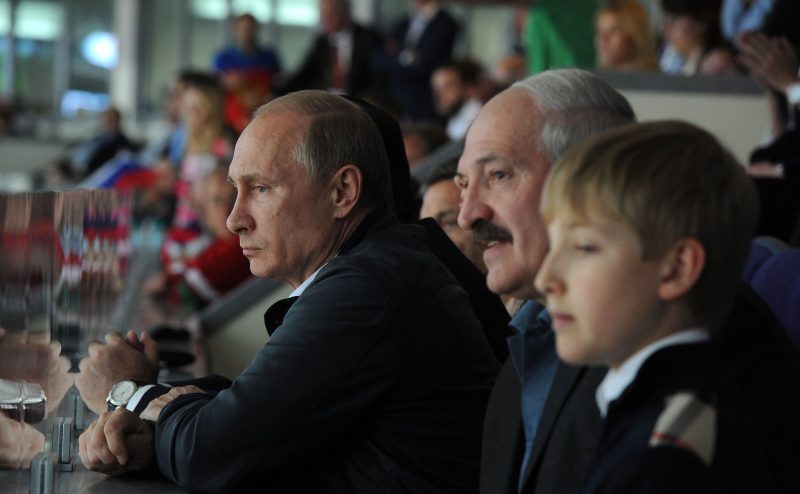 In March 2014, Moscow annexed Crimea. “We had to defend the Russian population in the peninsula,” Vladimir Putin told the world, shocking most everyone but the euphoric people of Russia.

Almost simultaneously, a war broke out in the Donbass — a Russian-speaking region in eastern Ukraine. While there is strong evidence suggesting Moscow's intervention in the region, it's also clear that at least some of the locals in the area had strong reservations about being part of Ukraine after the Maidan Revolution. Later, without revealing the full extent Moscow's role, Putin would say that Russia was “forced to defend the Russian-speaking population of the Donbass.”

The tragic and bloody events in Ukraine over the past three years show what can happen when a close Russian ally with lots of Russian-speaking people decides to “change sides” and move from Moscow's orbit of influence.

And that's where Belarusian fears have come into play. Ideologically, politically, economically, and culturally, Moscow wields enormous influence in Belarus. In everyday life, roughly 90 percent of Belarusians are believed to speak Russian. In their spare time, they watch Russian television and listen to Russian music. In Belarus, Russia's footprint is everywhere.

Over the years, President Lukashenko had done a lot to keep Belarus russified. In 1994, he insulted his country's own tongue, calling Belarusian a “poor” language. “You can’t express anything great in Belarusian. There are only two great languages: Russian and English,” he told his people.

A year later, Lukashenko also initiated the national referendum that made Russian a state language on par with Belarusian. The president's critics say it was a stunt to gain the support of Moscow, which he badly needed at the time to remain in power.

For the next two decades, Belarus was a key Russian ally, and Lukashenko enjoyed his reign over what was basically a buffer state between Russia and NATO. For the trouble, Moscow treated Lukashenko's regime to vital financial support and discounted prices on natural gas.

For years referred to informally as “Europe's last dictator,” Lukashenko ruled Belarus with an iron fist. He crushed independent politicians and discouraged the promotion of the Belarusian language, which became associated with the country's marginalized opposition.

And then came the wakeup call: the crisis in Ukraine.

In 2014, for the first time ever, Lukashenko delivered a speech in Belarusian. “We are not Russian — we are Belarusians,” he now declared. Later, he openly advocated for the broader usage of Belarusian.

Ever since, the Belarusian language has played a greater role in the country's public life.

And Lukashenko has changed his stripes in other ways, too. Last year, he pardoned six jailed political prisoners and, several months later, opposition activists won two seats in parliamentary elections for the first time since 2000.

Opposition activists are no longer arrested for “banned symbols” (the white-red-white flag and the coat of arms Pahonia, which used to be official state symbols in 1991-1994, before Lukashenko came to power), and banned musicians are suddenly welcome on the country's largest stages.

Some activists are even calling the last three years a “national revival.”

“The Belarusian language won’t stand a chance. Nobody needs Belarusian except for insane the sub-state, which is apparently seeking to break its neck on Maidan like the neighbours did,” Dmitry Alimkin, a Belarusian blogger with strong pro-Russian views, wrote last October for the Russian alt-right news site Regnum. The title of his article was, “Belarus Is Leaving the Russian World Surreptitiously, in the light of Ukraine’s Experience.” 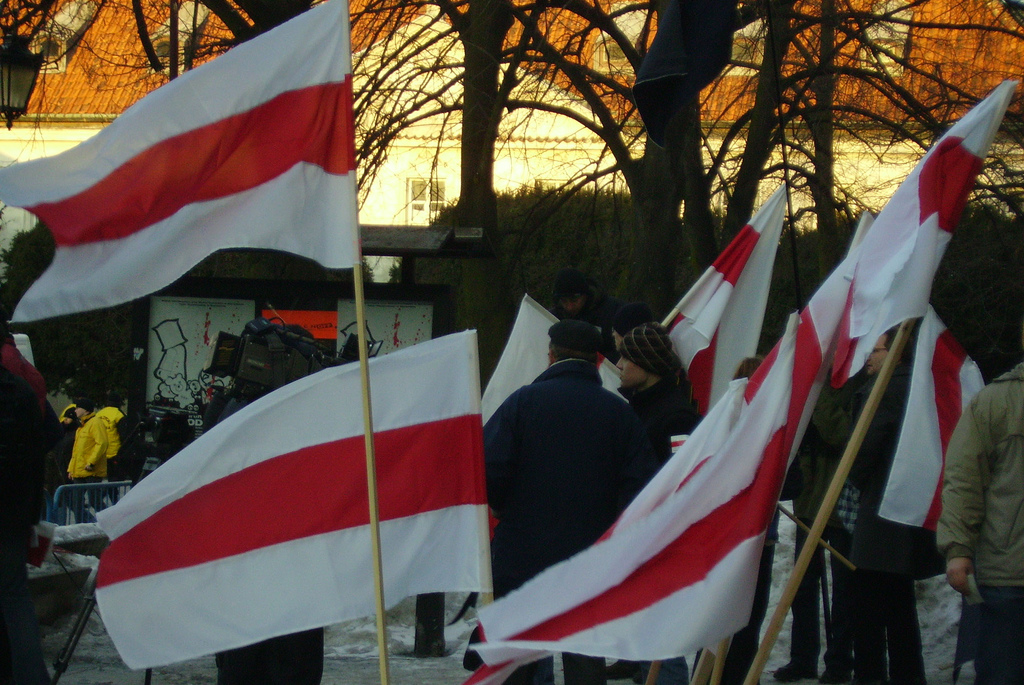 White-red-white flag, which was the official flag of Belarus in 1991-1994. Source: Wikimedia Commons.

Excerpts from Alimkin's piece later appeared on Russian television. A couple of weeks later, he was arrested along with two other pro-Russian Belarusian bloggers. Investigators studied 500 articles written by these bloggers, determining that more than 100 texts constituted illegal acts of extremism.

Today, the relationships between Moscow and Minsk has deteriorated significantly. Geopolitical tensions are now coupled with trade disputes. First, there is a conflict over oil and gas shipments. Lukashenko lobbied desperately for more discounts on gas prices, but this time Russia refused to lower its price. Moscow is also cutting its customs-free oil exports to Belarus, cutting into the country's budget, which relies on exports of refined Russian oil.

For the past two years, Russian food inspectors have slammed Belarusian importers repeatedly for smuggling in banned European foods. Putin once even complained to Lukashenko that his country just changes the labels on the packages and tries to fool Russian officials. 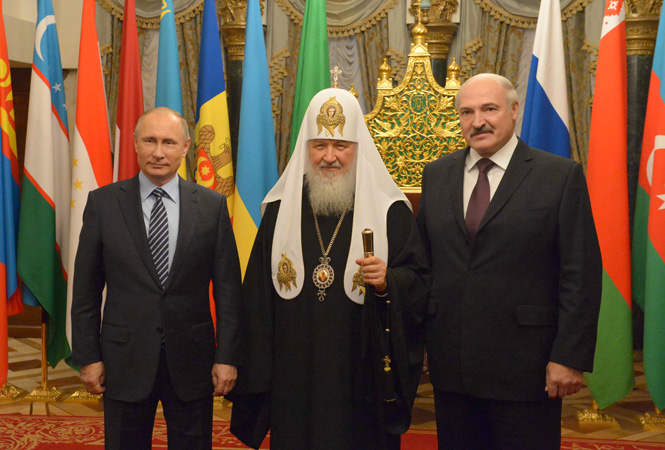 Lukashenko during his last visit to Russia with Russian president Putin and Patriarch Kirill of Moscow. Source: Wikimedia Commons.

Then there is the border dispute. In February 2017, Belarus revealed that it will allow citizens from 80 states, including the U.S. and 39 different European countries, to travel to Belarus without a visa for five days. Shortly after this announcement, Moscow announced that it is setting up new border-control zones in three regions adjacent to Belarus.

In his most recent press conference (an unpleasant seven-hour marathon), Lukashenko lashed out at Russia for snapping 20 years without checkpoints along the Russian-Belarusian border.

In Russia, the media described Lukashenko's press conference as “scandalous,” portraying the Belarusian president as emotional and borderline unstable.

Can there be reconciliation?

This isn't the first spat between Russia and Belarus, but tensions have usually been resolved in the past because Moscow gives Lukashenko what he wants (money and resources). This time, though, Moscow doesn't appear to be giving in, and it could mean the two countries have reached a point of no return.

As tensions rise, the Russian Defense Ministry is dramatically expanding its presence in this year's “Zapad” military drills, with plans to send 20 times more railway carriages to Belarus than it did in 2013.

“Obviously, the Kremlin does not need this many troops for training purposes,” think tank expert Arseni Sivitski wrote in Belarus Digest last November. “A more likely scenario is that Russia plans to transform Belarus into an outpost for military confrontation with NATO.”

What Moscow will actually do with Belarus should become clearer as the current conflict plays out, and Sivitski's assessment remains extreme, for now.