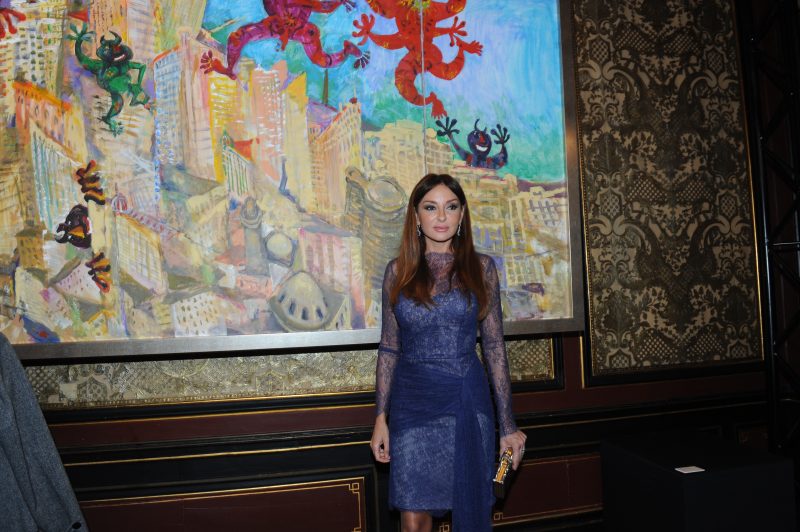 On February 21, Azerbaijan President Ilham Aliyev announced that his wife, Mehriban Aliyeva, would take the country's First Vice President position. This is a brand new post created following a recent and controversial referendum [1] on constitutional changes that were widely interpreted by watchers of the authoritarian country as boosting the ruling family's powers.

While the news itself was thoroughly predictable, some of the reactions from social media users in a country where freedom of expression is subject to regular government crackdowns were nothing short of priceless.

Soon when the Aliyevs sit down for dinner it will be covered as “the country's leadership just had a meeting on security”.

Family is the foundation of society

Mehriban Aliyeva seems to be one step ahead of Claire Underwood. #HouseofCards [2] https://t.co/VSs9H5ljfO [3]

Some disagreed that it was a late Valentine's present, arguing instead that it was an early present for International Women's Day, which is marked on March 8 and celebrated with gusto in the former Soviet Union. Rinat Balgabayev, a popular Facebooker in Azerbaijan's Caspian Sea neighbour Kazakhstan cracked:

Azerbaijan's president just made his wife Vice President. How are we (men) going to be able to top him on March 8?

But others more in the know figured it must have been President Aliyev's gift for their wedding anniversary, which just happens to be on February 22…

Serious analysts saw the appointment as marking the official beginning of one-family rule in Azerbaijan, as well as a further darkening of the country's human rights prospects.

Azerbaijan's government continues to astonish the world. Despite expectations, there were no snap parliamentary or presidential elections. Overnight, family rule was formalized.

Although Ilham and Mehriban have now joined in unholy political matrimony to give Azerbaijan's autocratic system a monarchic feel, it is worth noting that power in the country is already hereditary in nature. Aliyev, 55, inherited the country's top job in 2003 from his late father Heydar, who had led Azerbaijn since before its independence from the Soviet Union in 1991.