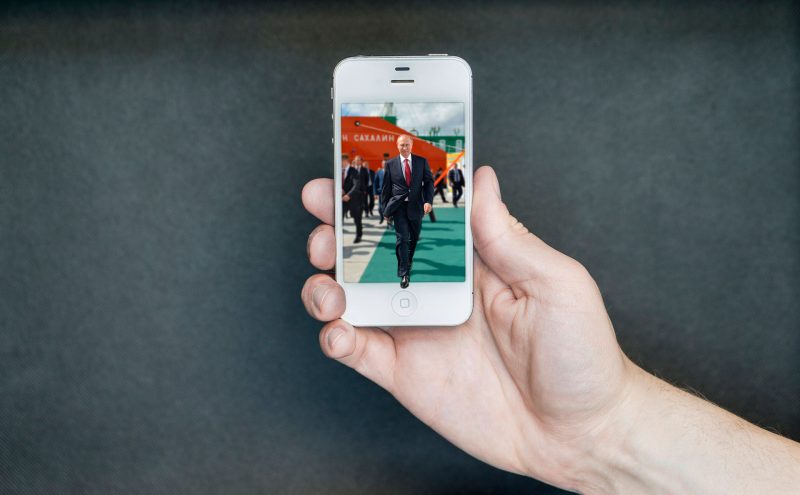 On February 9, Twitter user “The OSINT” posted a screenshot of an unusual email he received from Twitter explaining that some of his tweets would not be available in Russia due to a request to block them from Roskomnadzor, the agency that oversees Russian media and is responsible for censoring material that is deemed illegal.

In the email, Twitter explained that requirements set by the Office of the Prosecutor General in 2015, adjusting and broadening a 2006 law on the regulation of information, justified Roskomnadzor's request. The Prosecutor General's 2015 requirement, which amended the so-called “Lugovoy Law,” provides for the restriction of information resources containing “appeals to mass riots, extremist activities or participation in mass actions.” The requirement has been used to censor a number of information outlets, including Twitter, the hosting service Github, and a variety of Ukrainian publications.

According to Twitter Legal, some of my tweets will now be withheld in Russia on request of the Governement ? pic.twitter.com/gvXbnKlw3F

The OSINT—an anonymous contributor to the citizen journalism platform Bellingcat—is an unsurprising target for Roskomnadzor, given the ire Bellingcat has drawn from the Kremlin and Russian media for its reports on corruption in Russia, Moscow's war in eastern Ukraine, and the downing of flight MH-17. It is likely that The OSINT's frequent criticism of Russian policy and state-controlled media made the user a target for content restriction.

Despite the fact that they complained about “extremist content”, I have no doubt they want to silence me for speaking out against Putinists.

But The OSINT isn't the only user to have his tweets blocked in Russia. The Russian government submits thousands of requests each year to Twitter for content removal, presumably using Twitter's Content Removal Requests procedures for government agencies. This process requires government agencies to demonstrate how content on the network stands in violation of local law. If the company approves the request, the content in question will be censored or “geo-blocked” within the country.

According to Twitter's most recent transparency report, from January to June of 2016, Russian authorities made 1,599 content removal requests and reported 1,698 accounts for violations. Twitter restricted 10 accounts and geo-blocked 182 tweets within Russian territory during that time period, putting Russia among the top six countries to have their block requests approved by Twitter.

This trend is not entirely new: 2015 saw a massive uptick in the number of Russian requests to withhold content. Still, Russian censorship pales in comparison to the undisputed leader of the pack, Turkey, where Twitter geo-blocked more than 1,500 tweets and 222 accounts in the first half of 2016 alone.

Both countries have a Mutual Legal Assistance Treaty with the US, which can compel companies like Twitter to honor foreign government requests if they are submitted through the appropriate channels and accompanied by a court order. But only Turkey appears to have used this process in 2016, which may explain its sky-high numbers.

Earlier this year, several popular Russia-related parody accounts were temporarily removed from Twitter. Twitter initially claimed that this was due to violations of the rules governing parody accounts, but later restored the accounts after, one suspects, determining that their parodic intent was sufficiently clear. Though their temporary ban resulted in an outcry from certain corners of the Twitter community, the decision to withhold these accounts was made as a result of suspected violations of Twitter's terms of service. Twitter's action against these accounts was likely the result of flagging by other users, rather than direct state requests.

But it is easy to wonder whether Twitter has made any concessions to Russian government requests as part of an effort to continue operating in Russian territory. In the spring of 2015, Roskomnadzor delivered explicit threats to Facebook, Google and Twitter, instructing them to comply with the agency’s removal requests targeting “extremist content,” or risk being fined or banned altogether. What's more, Russia has attempted to force foreign Internet companies to store Russian users’ data on Russian soil—a requirement that Twitter and other companies have thus far been able to sidestep. In November 2016, however, the professional social networking website LinkedIn was effectively blocked in Russia for violating this law. Observers interpreted this as a move intended to pressure foreign companies to begin storing data on servers inside Russia.

As a consequence, platforms like Twitter appear to be walking a fine line, finding a middle ground that allows them to uphold, at least nominally, their claim to support the freedom of expression while avoiding expulsion from Russia. This approach suggests that the prefers to conduct selective censorship, rather than risking total expulsion from states like Turkey and Russia.

Since Iran’s Green Movement in 2009, Twitter and other social media platforms have been widely viewed as key facilitators of the free flow of information in the face of oppressive governments. Countries like Russia and Turkey, however, have responded to technological innovation with legal innovation, such as the server localization law, leaving companies like Twitter that have built much of their brand on the idea of free expression in a challenging position.