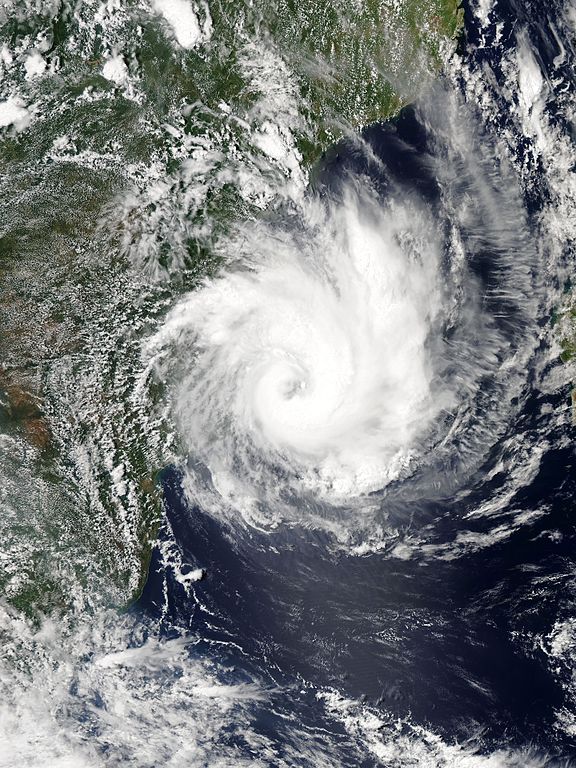 South Africans have reacted to the country's brush with tropical cyclone Dineo in humour. They are using the hashtag #ThingsDineoShouldTakeWithHer to share jokes about the near escape.

Last week, Dineo hit parts of Mozambique, where it left seven dead, Zimbabwe, where it caused severe flooding and South Africa where it resulted in heavy precipitation and some flooding.

So Nkandla is safe? #Dineo please come back… #ThingsDineoShouldTakeWithHer pic.twitter.com/p18NH9wDW6

In 2014, a report by South Africa's Public Protector Thuli Madonsela found that President Jacob Zuma unduly benefited from security upgrades to his Nkandla homestead, which cost tax payers about 250 million rands, or US $25 million. The “security” upgrades included a cattle kraal. The public protector asked Zuma to repay part of the money back to the state.

#ThingsDineoShouldTakeWithHer people who constantly reminds us that we've gained weight and that we need to loose it. TF???

Another user would not have minded if the cyclone took 10% of South Africa's population — the rotten 10%:

Corrupt politicians, sure we'll lose 10% of our population but it'll be worth it.#ThingsDineoShouldTakeWithHer

Queen B shared the following image and quipped:

#ThingsDineoShouldTakeWithHer people who shave off thier eyebrows only to draw them back and mess it up like this #TSAon3 pic.twitter.com/NSeUzBjz5O

Tumie has had enough of the text message that informs mobile phone subscribers of the state of their internet data:

The person who sends this SMS :” your data bundle has been depleted.”#ThingsDineoShouldTakeWithHer

Posting a photo of the recent chaotic scenes at the South Africa's parliament, Yoshani wrote:

Juju is the nickname of Julius Malema, the leader of the radical opposition party in South Africa, the Economic Freedom Fighters (EFF). EFF members, including Julius Malema, were forcibly removed from the parliament for interrupting the 2017 State of the Union address by President Zuma.

The man spraying Doom on the photo is a controversial South African pastor Lethebo Rabalago who claims that he can heal people using this favoured brand of insecticide.

All the fake prophets , take them with Dinnie #ThingsDineoShouldTakeWithHer

#ThingsDineoShouldTakeWithHer
People who tell their women not to wear waves & makeup then cheat on them with women who have waves & makeup. pic.twitter.com/WMkws6AoQG