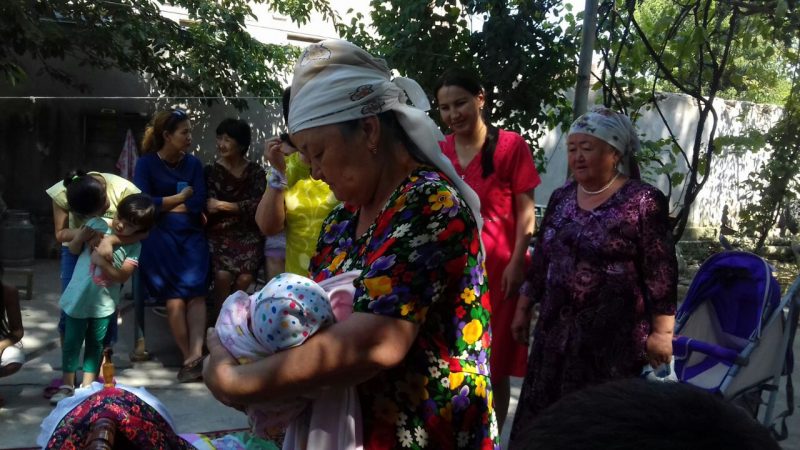 Kyrgyzstan, a country located where the old silk routes once ran through in the heart of Eurasia, celebrates Christian, Muslim, Soviet and pagan holidays. Its superstitions are equally numerous and diverse.

In fact, it is no exaggeration to say that Kyrgyz culture is a cradle for superstitions. People pass them from generation to generation to explain things that mostly defy explanation.

Here are a few that stick out.

1. The 40-day rule and other baby-related superstitions

When parents welcome their new-born child into the world, they try to keep him away from strangers for 40 days. It is believed that if a stranger — or even a non-member of the family — sees a baby, the child may get severely ill. This explains why women in Kyrgyzstan often drape cloth over their prams when walking their newly borns, just in case alien eyes are peeping over their shoulders.

Or, perhaps it's just an excuse for a party. After 40 days, relatives, neighbours and friends come around to watch the family give the child a warm bath using 40 spoons of water and enjoy forty roundels of bread (mai tokoch) baked specially for the gathering. This is when the baby is first placed in a beshik, or traditionally carved cot, usually given to the baby by his or her maternal grandmother. 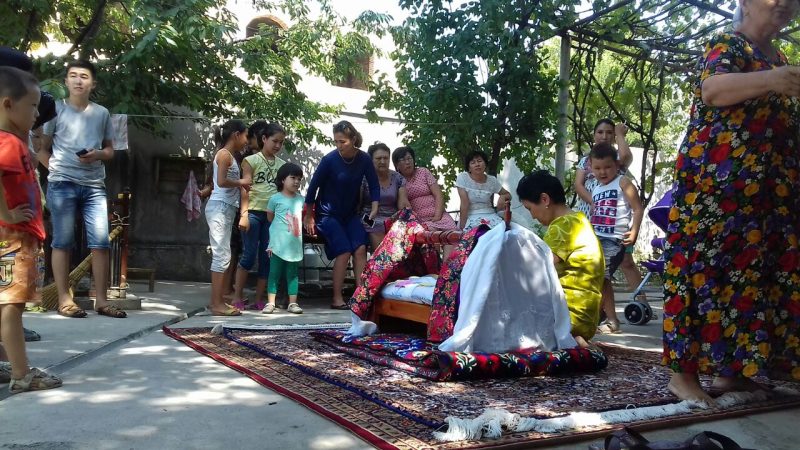 Other baby-linked superstitions are more left field. If a baby sleeps during the day but not at night, for instance, a mother may stick its head into a tandyr (a traditional oven dug into the ground to bake bread) three times in the hope that the baby gets used to the new day-night cycle. This takes place, of course, when the oven has not been heated up to bake bread.

An alternative to oven-dunking is placing soot on the baby's forehead. Mothers tend to do that when guests come around to see the baby, so that the guests focus on the black spot, rather than looking directly into the newborn's eyes, which some believe can contribute to a child’s sleeping disorder. 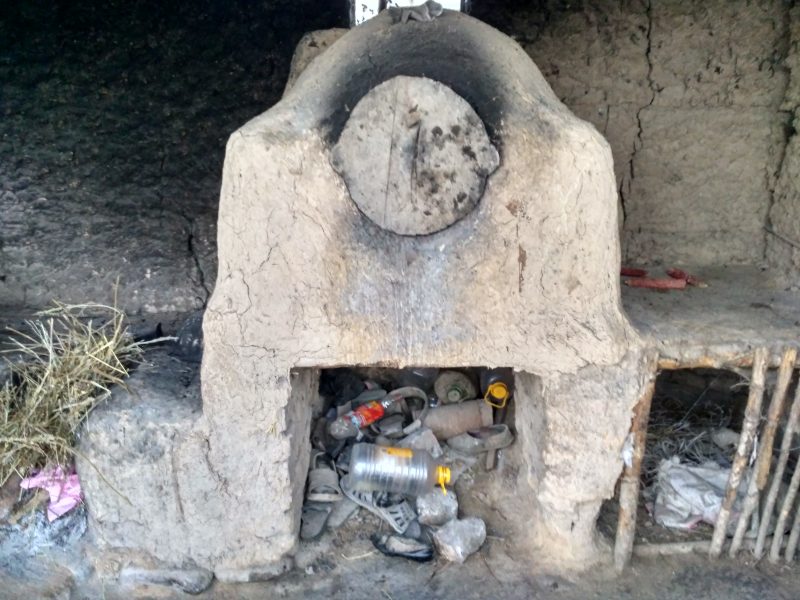 If a family is facing financial or personal difficulties such as disease, unemployment or depression, Kyrgyz families often burn parts of a pine tree (ysyryk) in a dish and move it around each family member, uttering words such as, “May prosperity and success attend us throughout the year!”

A similar rite is carried out over the newborn's beshik (see video below) to drive away negative spirits. From a scientific point of view, pine, which is indigenous to Kyrgyzstan, can provide benefits in terms of respiratory health and the immune system. Whether that is also the case when it is burned is not clear. 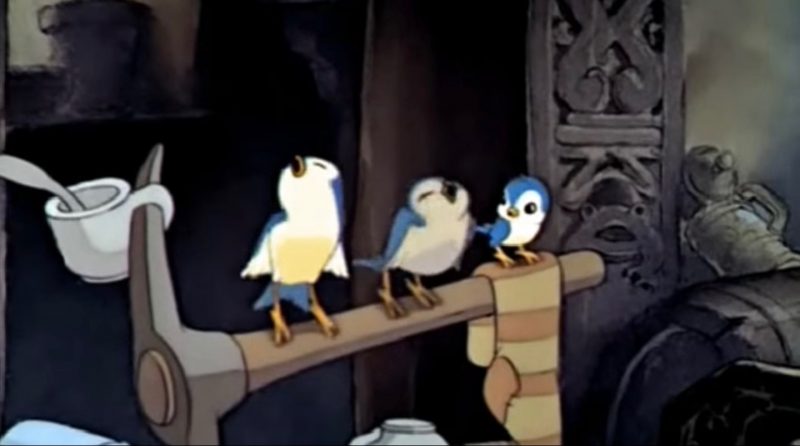 Birds whistling away in Disney classic Snow White and the Seven Dwarves. Screenshot from YouTube.

Many people find whistling an annoyance, including people that are partial to whistling themselves. But in Kyrgyzstan, as with many other parts of the former Soviet Union, it goes much further than that. In many homes, there is an iron-clad belief that whistling brings on bankruptcy.

The roots of the superstition are unknown, but a Russian website offers two explanations. One is that whistling is the way in which “impure spirits communicate” and that echoing their language brings them into the home. The other is that ancient peoples used whistles as a way to summon a gust of wind if they needed it. But even then they had to be very careful with winds/whistling, as a strong storm might take the roof off their homes… 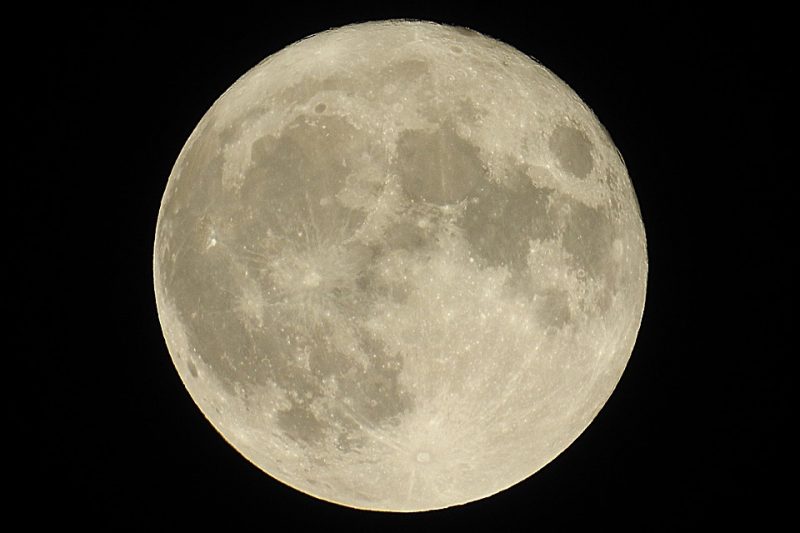 Well, because why not? This is another superstition fairly prevalent across the ex-Soviet Union. A full moon is associated with abundance by some astrologists, so it doesn't do any harm to wave a banknote at it. No actual guarantee that your finances will wax, rather than wane, but it seems worth a shot.

5. Horseshoes in the land of horses!

As in Western countries, Kyrgyz households have come to view the horseshoe as a good luck symbol, and have started to hang them outside their doors in recent years. This makes sense, since Kyrgyz owe a large part of their identity to horses. 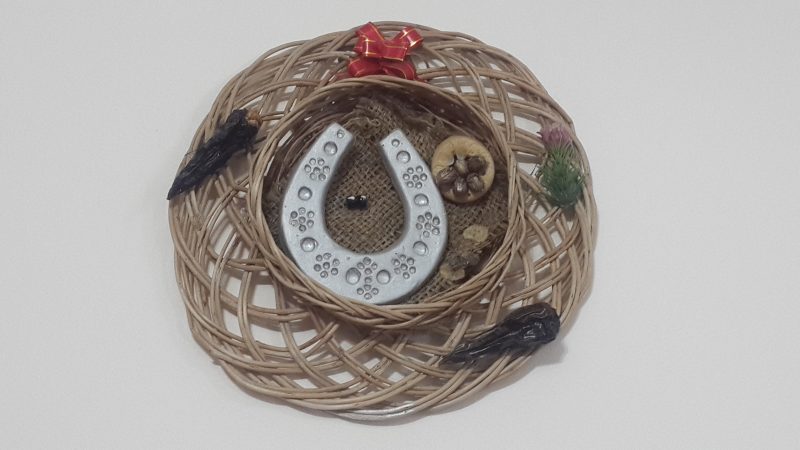 Horseshoe hung on the door of a beauty parlour in Osh, Kyrgyzstan: Elita Bakirova and Erlan Bakirov.

This is less of a superstition and more of a practical necessity in a country where much of the population of six million people depends on animal husbandry as a way of life. Nevertheless, beyond the oft-repeated common-sense mantra madli tebbe, bashka, sappa (don't kick the cattle, don't hit its head), there are plenty of negative omens — too numerous to cite here — that cling to sick horses and cows like unwanted fleas. 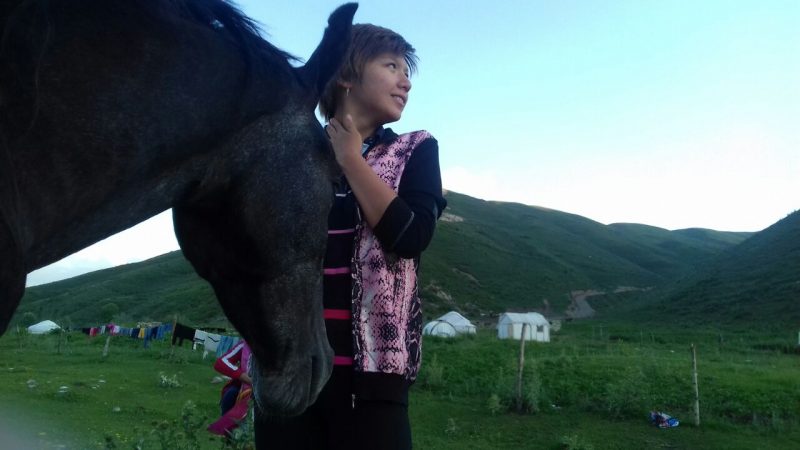 7. Flush away your bad dreams 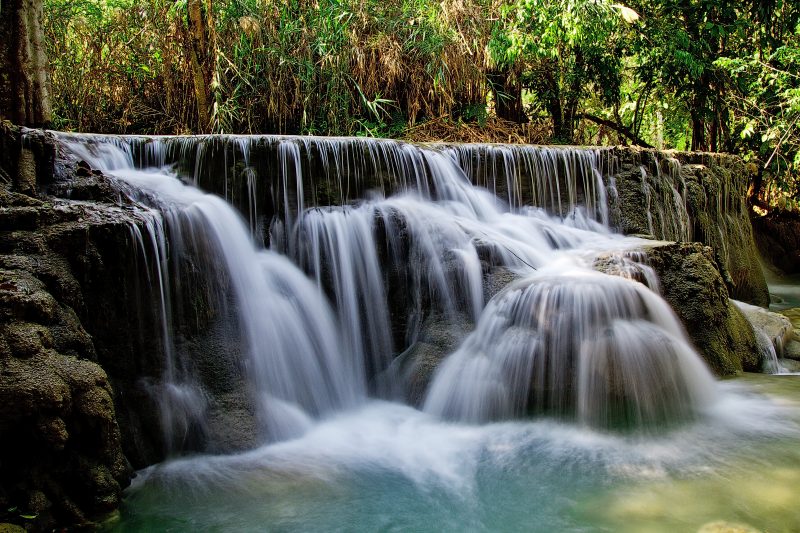 There are plenty of waterfalls to tell your nightmares to in Kyrgyzstan.Taken from static.pexels.com. For illustration purposes only.

If a person has a nightmare or insomnia, Kyrgyz will sometimes put bread, wheat, or table knives under a pillow to keep bad dreams at bay. Elders even recommend telling your nightmare to flowing water; this will flush away the memories of the ‘mare. 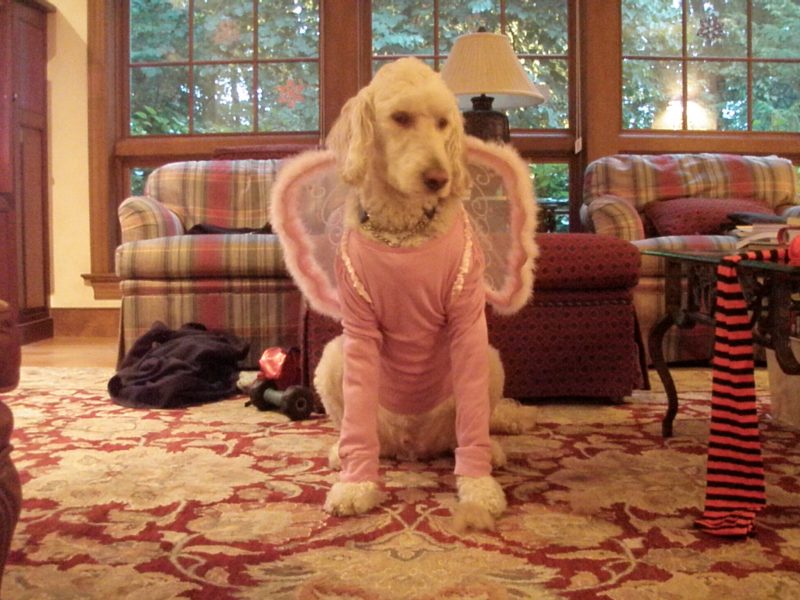 When Kyrgyz children lose their baby teeth, they don’t wait for a tooth fairy to leave them pocket money in exchange for their fallen tooth. Rather, they fill the fallen tooth with bread, approach a neighbourhood dog, and throw their tooth to the dog, shouting: “Take a bad tooth, and give me a good one!”

9. Tea is best served one drop at a time! 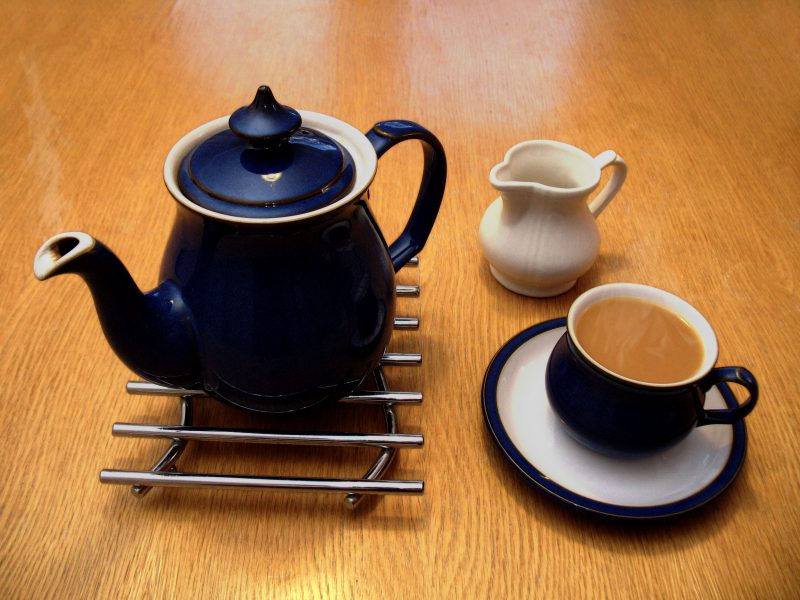 Like many other cultures, people in Kyrgyzstan sometimes see bubbles in a bowl of tea as evidence of good luck or future prosperity.

Where Central Asian tea-traditions differ is in the serving of tea. On visiting a Kyrgyz home you might find you are constantly being served half a cup of tea. You are not being shorted. In fact, the host is showing you that he or she does not want you to leave. When it is time for you to go, they will let you know by pouring you a full cup!

10. And a myriad of superstitions related to new brides… 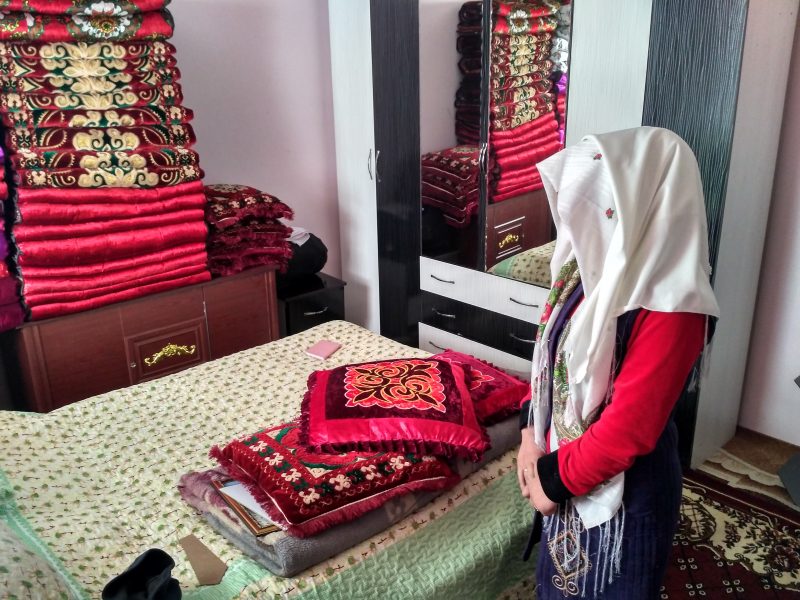 A daughter-in-law or kelin has the lowest rank in a Central Asian household, and as such is inundated with superstitions even before she begins married life.

Typically, when a new kelin arrives in her husband’s home for the first time, she is supposed to bow three times to the guests and her parents-in-law as a sign of respect and reverence. In northern parts of Kyrgyzstan, the rite is even stricter; a kelin should bow whenever she encounters her parents-in-law in order not to bring misfortune and sorrow into her new home.

Another superstition threatens that if the young woman takes even a covert disliking to one of her husband’s relatives or her mother-in-law, her next child will resemble that relative.

Yet another old wive's tale sees people avoid distributing the tongue of a sacrificial sheep to girls at feasts. The assumption is that eating a tongue might make a young girl a sharp-tongued kelin in her new family, rather than the subservient variety that is favoured. Conversely, when a chicken is divided among family members, daughters get chicken wings, as an encouragement to fly the family nest! 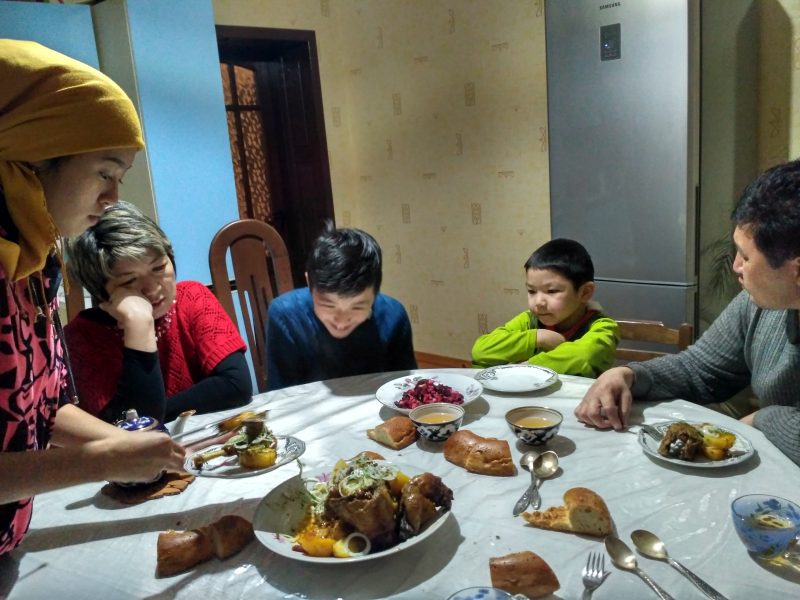 A kelin distributes meat according to age and status. All photos Elita Bakirova and Erlan Bakirov.

Finally, by the time the kelin meets her husband's parents, she should have no excuses for leaving dishes unwashed until the following morning, as this will have been drummed into her by her mother from an early age.

Supposedly, it is forbidden to leave dishes unwashed until the next morning because dirty dishes will attract evil spirits. But is this a actually a superstition or just a creative way of encouraging girls to be neat and tidy? Who knows?