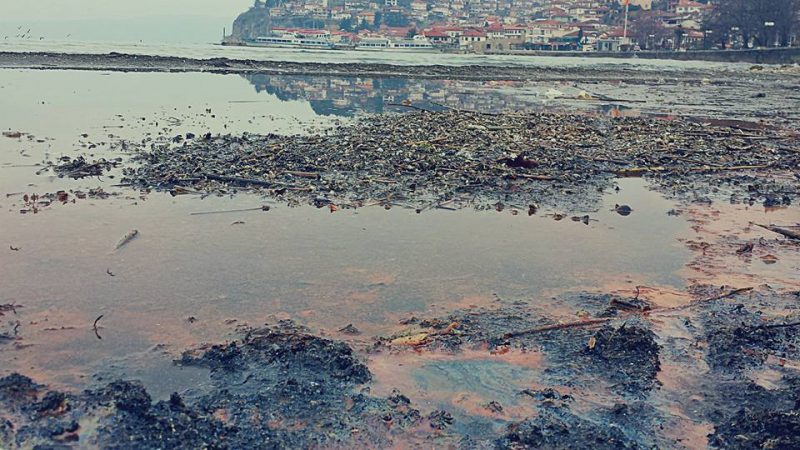 Drastic low water level and oil spill in the Ohrid Lake quay in Ohrid. Photo by OhridSOS, used with permission.

Residents of Ohrid, a touristic town in the southwest of the Republic of Macedonia, were shocked by view of the lake shores this week — a muddy beach covered in oil-like liquid replaced the once deep and clear waters of the oldest lake in Europe.

Lake Ohrid and the surrounding area is a UNESCO world heritage site and a biodiversity hotspot harboring more than 212 endemic species that exist in no place else on Earth. Due to its age scientists have also dubbed it a living evidence of evolution. 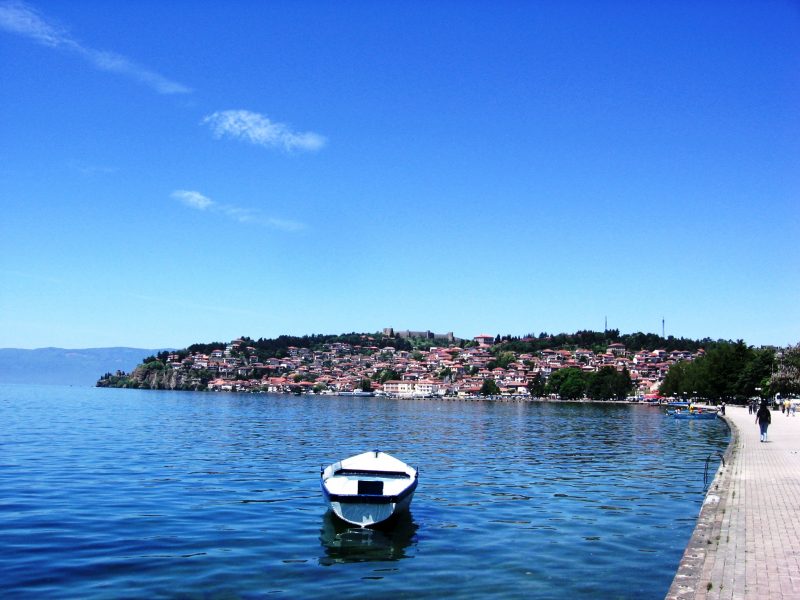 The citizen initiative OhridSOS, fighting against harmful urbanization on the lake shores, posted alarming photos of dry shores covered in an oily substance on February 13, 2017. This caused a strong discussion on social media in Macedonia. People demanded responsibility from the local and national authorities. Мr. Arnaudov from OhridSOS, who also lives in Ohrid, theorized what caused the pollution:

This is definitely caused by a human factor. Whether it is done consciously or by accident we cannot know. Our doubt is that somebody has been using the sewage system to discharge burned oil, to avoid paying to dispose of them adequately. A lot of people from a neighborhood located several meters from the lake have been complaining that they are feeling a strong smell of oil for the last couple of weeks. 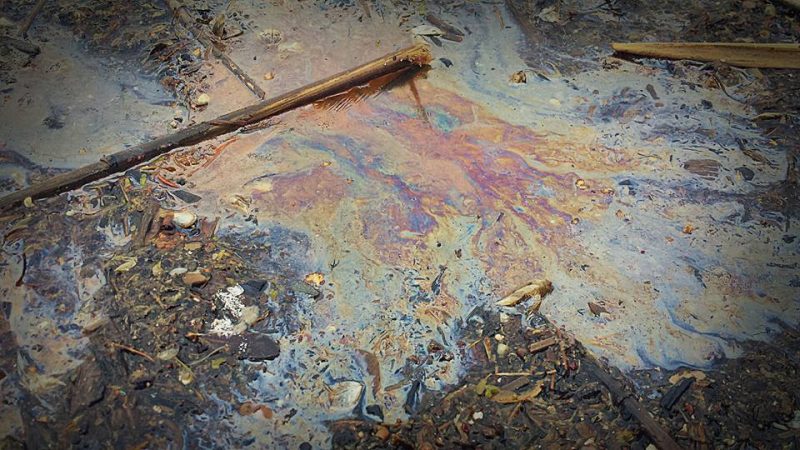 Photo by OhridSOS, used with permission

State officials have kept quiet about the environmental disaster and there has been no official statement made so far.

This situation comes a month after the waters of Lake Ohrid hit their lowest level in residents’ memories — eight centimeters below the allowed legal limit. OhridSOS and locals suspect that state-owned electrical energy company ELEM – Macedonian power plants is to blame for this situation. ELEM controls the flow of water from the lake into the Drim River, which powers hydro plants on its way to Albania, and seems to have increased the flow in January, at a time when the snow had not melted yet and the springs were frozen.

Gentlemen from ELEM, the local government and various other experts: Mother Nature together with these reeds draws a line showing you how high the water level in the lake should be.

In the last week of January, the Public Scientific Institution Hydrobiological Institute of Ohrid issued an official request to ELEM to lower the outflow from the lake, because the alarmingly low water level directly endangers the survival of the species living in the shallows. ELEM issued a statement that “there's no uncontrolled outflow of water from the lake” and that they've been adjusting the production in their power plants to the situation. 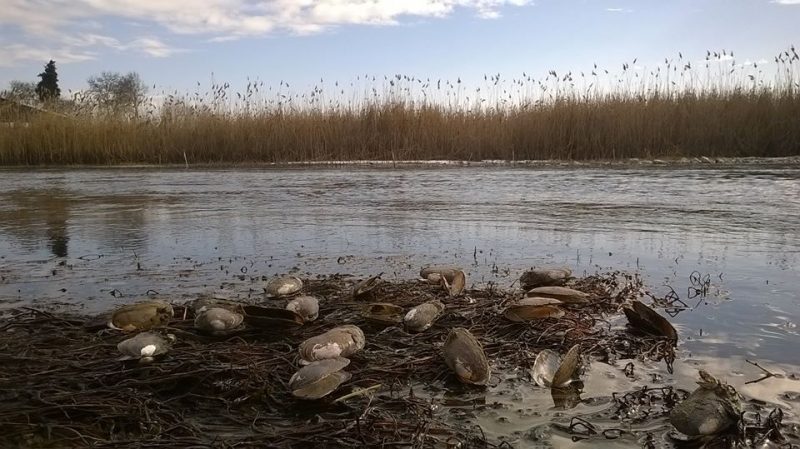 Photo by OhridSOS, used with permission

OhridSOS, however, alleged that the “main reason for this shockingly low level of the lake waters is ELEM. We are asking them to shut down the doors on the Drim hydro plants before it is too late to save the lake.”

Macedonia shares Lake Ohrid with Albania, so just a few days after ELEM's statement residents and media from Pogradec, a city on the shore of Lake Ohrid’s Albanian side, posted videos and photos of the devastation caused by the low levels of the lake. They demanded responsibility.

The situation could threaten the UNESCO World Heritage status of Lake Ohrid. After the last UNESCO mission in Ohrid last year, officials expressed many concerns and requested actions be taken:

A World Heritage Centre/ICOMOS/IUCN Reactive Monitoring mission has been announced to take place in March this year, at which point they can decide to either put Ohrid on the List of World Heritage in danger or delete it from the list.

Since it was inscribed on the list in 1979, Ohrid has proudly used the UNESCO status to boost tourism. The World Heritage Site designation has indeed lured many foreign tourists to the area. Since tourism is the primary source of income for Ohrid, loosing the UNESCO status could be devastating for the livelihood of the local population.