Driving Through Sniper Territory Close to the Azerbaijan-Armenia Border 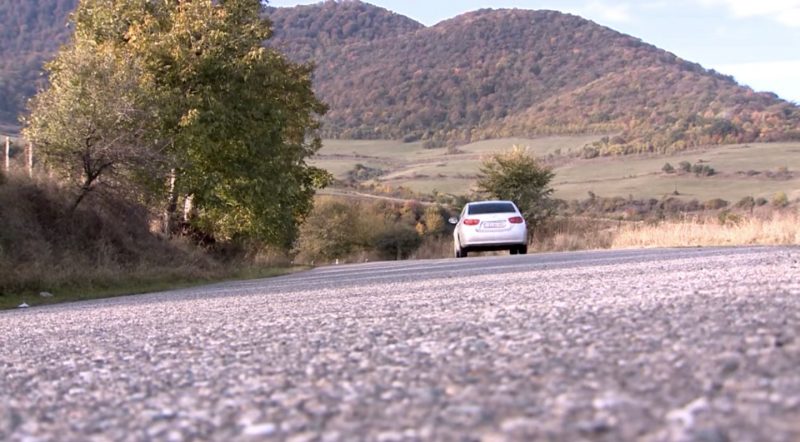 Screenshot from video produced by Lusine Balyan for Chai-Khana.org.

Rich vineyards, fertile pastures and mostly arable land lie along the road connecting the two Armenian villages of Baghanis and Voskepar. This stretch of tarmac in the north of country is part of the artery linking Armenia's capital Yerevan to the Georgian capital of Tbilisi.

It also leans towards the border with Azerbaijan and suffers from increasingly regular Azerbaijani sniper fire and shelling. Nevertheless, villagers and drivers have no other choice than to keep up with their daily life.

English subtitles are available for the video below, filmed and produced by Lusine Balyan.