Despite What You Read, Radiation Levels at Fukushima Daiichi Aren't ‘Soaring’ 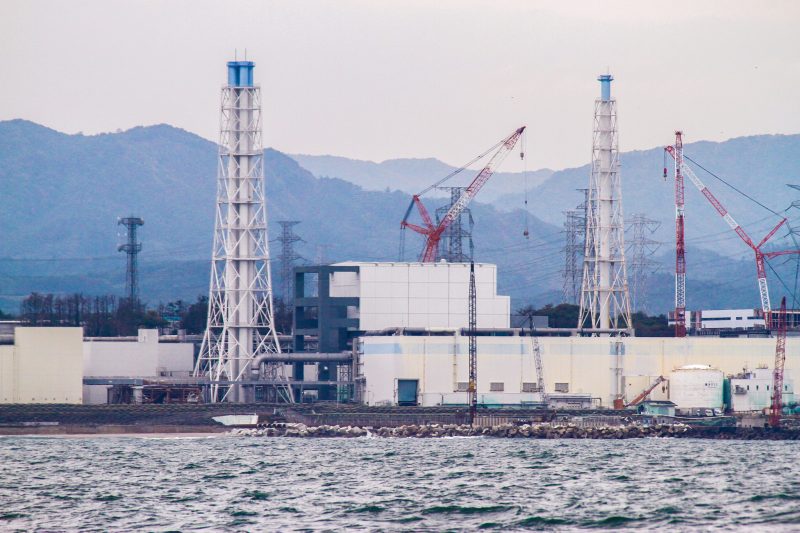 TEPCO is the nationalized electric utility that operated the Fukushima Daiichi nuclear power plant. On January 31, TEPCO issued a news release and information package that described the successful efforts to send a robot beneath the primary containment vessel of Unit 2. Unit 2 was one of three reactors at Fukushima Daiichi that experienced a meltdown in March 2011, following a massive earthquake and subsequent tsunami wave that knocked out power to the complex (a timeline of the disaster can be found here).

However, radiation levels are so high that it has been impossible to use existing technology to explore the highly radioactive zone where the molten fuel assemblies are thought to remain. A sensor was briefly inserted into the Unit 2 containment vessel in 2012 and detected 73 sieverts, but radiation at that level quickly disables the electronics of any robotic device sent in to investigate.

It has taken TEPCO since 2012 to develop new technologies that can withstand the radiation. So, TEPCO's January 31 news release marked something of a milestone in the quest to decommission the Fukushima nuclear reactors because it represented the first time the radiation in the highly radioactive area below a reactor had been accurately measured.

Radiation levels taken out of context

However, much media coverage failed to frame stories around that context and instead focused on the high radiation levels measured near the pedestal of the Unit 2 reactor complex.

According to a PDF handout from TEPCO, radiation levels at one location in Unit 2 measured 530 sieverts. A sievert is a unit measurement for a dose of radiation absorbed over time. One sievert will cause illness if absorbed all at once; eight sieverts will result in death, even with treatment. A dose of 530 sieverts, totally unexpected by the robot's designers, would likely cause instant death and would disable a robot after a couple of hours.

The same probe measured a lower radiation reading of 20 sieverts in an adjacent space, but Western media attention zeroed in on the 530 sieverts number. Moreover, several news outlets characterized the findings as indicating that radiation levels are “soaring” at the Fukushima plant — despite this being the first time that technology has been able to accurately measure radiation in that area of Unit 2, and despite some evidence showing that radiation levels are generally falling in the area surrounding the Fukushima nuclear plant itself.

The Guardian newspaper's headline read, “Fukushima nuclear reactor radiation at highest level since 2011 meltdown“, while popular science blog Gizmodo noted, “Radiation Levels Are Soaring Inside the Damaged Fukushima Nuclear Power Plant.” While both publications were not the first to break the story in the English-language media, both are identified by Google News as being “highly cited”, and may have influenced how other news organizations reported on the Fukushima radiation readings.

Screencap of Google News results for “Fukushima Daiichi.” The Guardian and Endgadget articles are identified by Google News as being “highly cited.”

The Guardian story was shared on social media. Many of the tweets, such as the one below, discussed the high levels of radiation observed at Fukushima, while disregarding the context where and how the readings were made.

US commentators put an American spin on Fukushima news

By February 8, the story was gaining steam, with rumours of another environmental calamity coming while the media looked the other way. US-based outlets such as InfoWars, the influential website devoted to conspiracy theories, and the more mainstream Fox News had picked up the story of “unimaginable” levels of radiation at the Fukushima nuclear power facility. The Fox News story quoted Adam Housley, a journalist who had covered the nuclear accident in 2011, as saying, “To put this in very simple terms. Four sieverts can kill a handful of people.”

Housley did not try to put the source of the high radiation levels in context, and instead sent out this tweet:

This report…should concern all of us and nobody is talking about it https://t.co/s12l6A36yZ

The Fox News story was quickly re-tweeted by Joe Walsh, a far-right pundit and talk radio host, who provided a partisan spin to the story:

The story of radiation levels in Fukushima continued to be viewed through a partisan lens. Lou Dobbs, who hosts a program on Fox Business Network, also suggested the “mainstream media” was ignoring another potential disaster. A follower then, in a reply that was favorited and retweeted dozens of times, linked the perceived disinterest in the story by the media with attacks on US President Donald Trump and global warming:

@LouDobbs @CNET @POTUS Yes. Media ignores this. But SCREAMS at Trump for not believing in #GlobalWarming

While some of the conversations online focused on a supposed impending calamity from the high radiation readings in Fukushima, others injected wrong information into the mix.

Global Research, a Canada-based website that has been accused of spreading conspiracy theories, tweeted a misleading image to accompany its story on the high radiation levels at Fukushima Daiichi. The photograph shows a massive fire at the Cosmo petrochemical plant in Ichihara, Chiba in 2011. While the fire was caused by the massive 2011 earthquake, it has nothing to do with the Fukushima nuclear disaster:

Others used the increased interest in radiation levels at Fukushima to share highly misleading images that have circulated online ever since the disaster occurred in 2011. For example, Twitter user @MikeMtk63 included a map created in 2012 by environmental consultancy ASR:

ASR's map has been shared hundreds of times over the past six years, but always out of context. In its explanation of the map, ASR says (in all caps), “THIS IS NOT A REPRESENTATION OF THE RADIOACTIVE PLUME CONCENTRATION.” Instead, ASR says the map is intended to illustrate where free floating material (fish larvae, algae, phytoplankton, zooplankton, etc.) present in the sea water near the damaged Fukushima Daiichi nuclear power station plant would have dispersed to in the days following the earthquake on March 11, 2011.

Another Twitter user tweeted a financial news blog Zero Hedge story that featured another widely shared image that supposedly shows radioactive contamination of the Pacific Ocean from the Fukushima disaster:

Fukushima Radiation Has Contaminated The Entire Pacific Ocean (And It's Going To Get Worse): https://t.co/VgKouDe6y2

The image is in fact from the US National Oceanic and Atmospheric Administration (NOAA), and is intended to represent tsunami and wave activity all across the Pacific Ocean following the March 11, 2011 megaquake that struck Japan. Once again, the image has nothing to do with the Fukushima nuclear accident.

‘No, radiation levels at Fukushima Daiichi are not rising’

SafeCast, a volunteer-driven grassroots organization that collects environmental data, noticed the news stories about a sudden spike in radiation levels at Fukushima. In a blog post called “No, Radiation Levels at Fukushima Daiichi Are Not Rising,” SafeCast pointed out the reason why the radiation levels measured in late January were so high was because it was the first time the area had been explored since the accident:

It must be stressed that radiation in this area has not been measured before, and it was expected to be extremely high. While 530 Sv/hr is the highest measured so far at Fukushima Daiichi, it does not mean that levels there are rising, but that a previously unmeasurable high-radiation area has finally been measured.

SafeCast got its start in 2011 in the weeks and months following the Fukushima nuclear disaster, when no one was really sure just how much radioactive contamination was occurring. While volunteers monitored and posted readings from all over Japan, since 2011 the initiative has since gone global.

The organization also stated that, according to its sensor network, radiation levels near Daiichi appear to be steadily declining. However, SafeCast says the main lesson from the January exploration of the reactor pedestal is:

The process of removing melted fuel debris from the damaged reactors at Fukushima Daiichi is expected to take decades, and these recent findings remind us once again that TEPCO has little grounds for optimism about the challenges of this massive and technically unprecedented project.