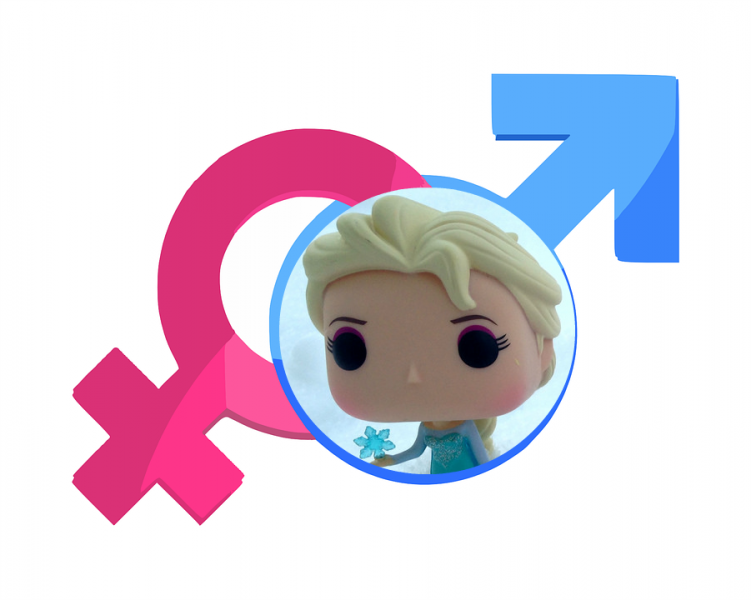 Parenting issues have always been a hot topic on Hong Kong social media. Recently, a video interview clip in which Cantopop diva Miriam Yeung touched upon her parenting experience has gone viral online and sparked another round of debates.

The interview was conducted in 2015, but reappeared online as a short clip about two weeks ago. In the video, Yeung described how she stopped her son from developing tastes that are considered stereotypically girlish, including liking Elsa, a character in the Disney hit “Frozen”:

Whenever he expresses his liking of Elsa, I scold him.
He is a boy, why play with an Elsa toy?
I pasted his face on Elsa's image and my boy immediately said, “No, mommy, no.”
He likes playing with kitchen toys, I find that strange. Won't such play turn him into a sissy?
I am worried that he will start liking the color pink, so I told him “No, mommy doesn't like it. Don't watch that.”

Her words attracted criticism for her parenting style and for playing into gender stereotypes.

A LBGT group, Action Q HK, commented on Facebook about the interview:

Yeung finally wrote a long apologetic post on Facebook and clarified that she had changed her mind over the past two years since the interview was originally conducted:

[…] eventually I allowed him to choose and tried to understand his world. And because he likes Elsa, he gets to know all the stories about princesses and develops an interest in reading. Because he likes cooking, he learns how to make brownies. This year, he baked me a homemade cake. We don't have to worry too much. They eventually have their own ways. Whether comments are positive or negative, they are all reminders. Sorry that this old interview have upset many. Being a parent is not easy, it is a life-long endeavor and I am still learning. It is a happy experience and I am thankful. Let's support each other and work this out together.

Yeung may have changed her attitude, but her previous parenting style is still the mainstream. On social media, many parents feel there is nothing wrong with stopping boys from playing with toys marketed to girls. For example, here are some comments from the Stand News Facebook:

We should not blame the parents. If your kids becomes gay, they would be discriminated against and your friends and family would stay away from you. You won't be happy. Life becomes difficult.

It is natural for parents to have expectations for their children, why should we criticize them for that?

All parents have stereotypes.
But Yeung lets you see what she did.
I don't believe others will encourage kids to explore new things.

Moreover, it is common to see parents in Hong Kong worrying about whether their kids “perform” their gender correctly. For example, on Baby Kingdom, a well-known parenting forum, you can see parents discussing issues such as “How do we know a boy is sissy?” Most of the answers end up labeling certain bodily gestures or tones of voice as “sissy.”

Even if the parents are liberal, they might be pressured by friends or extensive family members to make sure their children conform to gender norms. A parent wrote on Baby Kingdom:

My son is turning four. He likes playing with girls’ toys, such as Disney princess characters, Elsa and Anna. He has tried to play with toy cars before but whenever he chooses toys, he choose princesses and other girls’ toys. I have never forced him to play with boys’ toys because I think toys should not be viewed in terms of gender and that we should not force him to choose a particular kind of toy. Certainly my family and friends will always disagree and say I am making my son sissy and gay -.-

Elsewhere in the world, people are challenging gender stereotypes for children more and more. In Britain, activists have launched a campaign called “Let toys be toys” to appeal to toy companies to ditch overt gender labels on their products. And online shopping giant Amazon has also scrapped the boy/girl category in the toy department's search engine. It seems Hong Kong might have a ways to go if it wants to keep up.