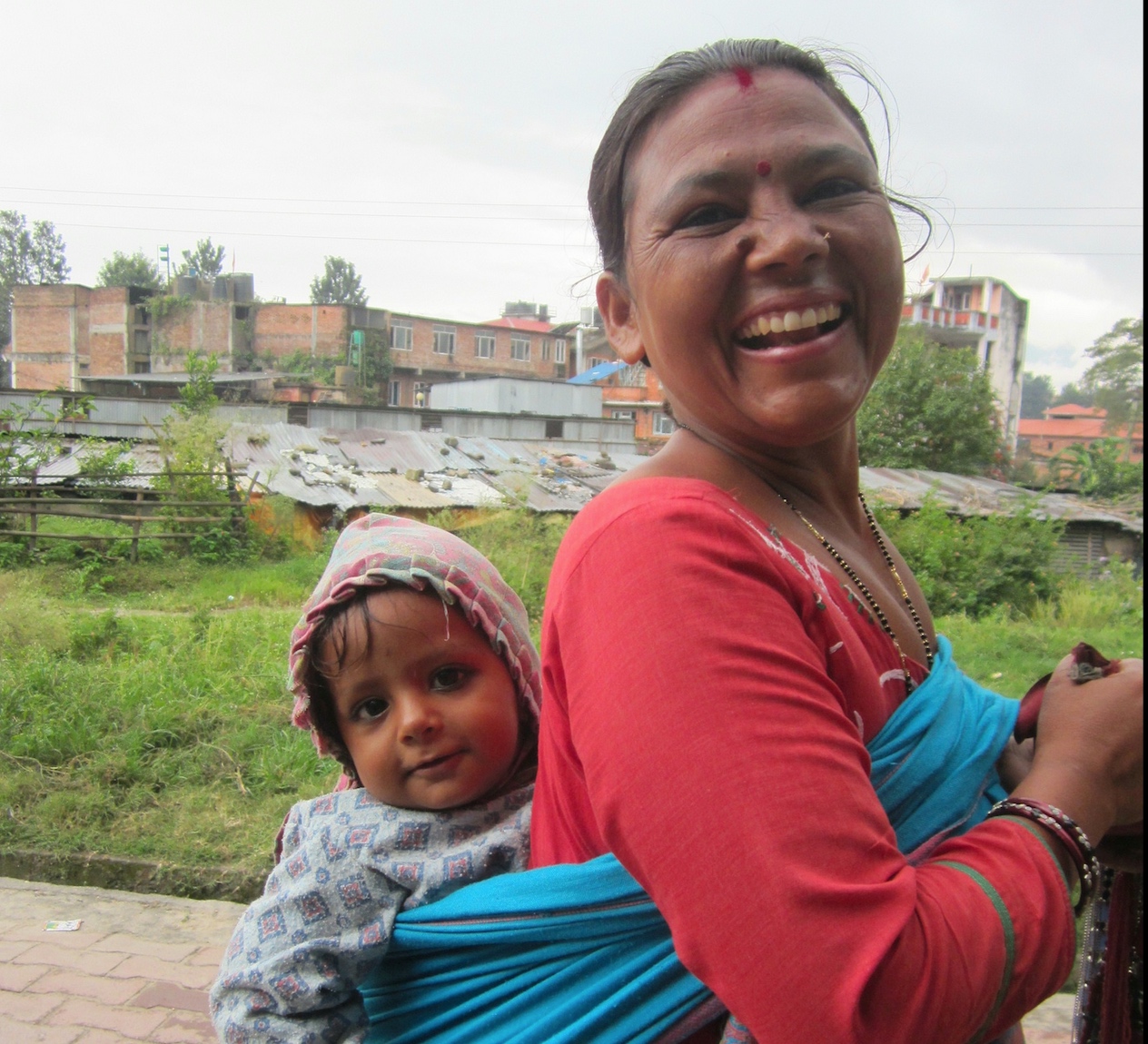 Red is a color that's associated with energy, strength, power, determination, passion, desire and love. In Hindu culture, a woman wearing a red tika (bindi) means she is married, and the red color signifies true love and prosperity.

In Nepal and India, widows generally do not wear red tika, however, and society doesn’t accept them wearing red, either.

To defy this notion, Women for Human Rights (WHR), an advocacy group for single women, created a social media campaign called #RedTikaChallenge at the end of January that asks supporters to post a photo of themselves wearing a red tika and nominate three friends and relatives to take the challenge.

#RedTikaChallenge
I Accept the Challenge WHR Nepal
While the color#widows are barred from wearing #RED. This is not right. THIS IS OUR RIGHT pic.twitter.com/N4iLo28j9Q

The organizers started with the goal of reaching 500 participants in a three-month period, but within a few days of its launch the campaign already garnered thousands of supporters on Facebook, Twitter and Instagram.

WHR explained their reasoning for the campaign on Facebook:

Colors have their own significance and are believed to be the right of every person to inherit since birth. When talking about the colors that single women (WIDOWS) can involve with, we can see mass of people giving their prejudice opinion. They are the only ones that are refrained from using bright colors, especially “Red Tika” and “Red Attires”.

While, the color Red symbolizes the color of life and of passion. Girls wear bright colors even before they are married, so why not after they are categorized into single women (widow). Let us not be judgmental and, all have the privilege of empowering colors according to one’s personal choice. Let not gender nor orthodox, be a hindrance to embrace colors.

One of the supporters of the campaign, Swarnima Shrestha, wrote:

Colours are what makes our lives bright and I believe everyone should have a right to choose the colours of their lives. It should not be compulsory that a married woman should always put on a red tika, likewise a single woman should not a restricted to put it on – it should always always be a matter of choice. […]

While the color #RED symbolizes the color of life and passion, widows are barred from wearing RED. This is not right. THIS IS OUR RIGHT! I would like to strongly protest against this primitive thought.

While Red symbolizes color of life & passion,widows are barred from wearing RED. Against this primitive thought, here is #RedTikaChallenge pic.twitter.com/gJ2oHlItzr

#RedTikaChallenge Thank You @gaumaya didi for tagging me ❤️ “While the color #RED symbolizes the color of life and passion, widows in Nepal are barred from wearing RED. This is not right. THIS IS OUR RIGHT! I would like to strongly protest against this primitive thought. If you are with me and with all single-women (widows), PLEASE participate by wearing a RED TIKA and sharing your picture with the hashtag #RedTikaChallenge Also nominate a few of your friends / family to do the same. “

#RedTikaChallenge #Challengeaccepted In solidarity with the Single Women Red Colour Movement by Women for Human Rights (WHR Nepal). Old customs still prevalent in some parts of our society considers widows as inauspicious. Widows are barred from participating in festivals and poojas. They are forbidden from wearing RED and encouraged to wear white or pale colours. I find myself deeply angered by these notions, these expectations our society foist. I refuse to believe this is tradition, instead it is simply a form of subjugation and a discriminatory practice against widows and women. Marital status should not decide which colour you should or should not wear. If I am married I should not be forced to wear red attire or red tika likewise if I am a widow, I should not be denied to wear RED. “Colour is a choice not a compulsion given by a society.” Please challenge this ancient belief and help raise awareness by joining this challenge. I would like to nominate everyone reading this irrespective of their gender to participate in this challenge by sharing a photo wearing a ‘RED TIKA’ with the hashtag #RedTikaChallenge or by simply sharing this post! Women's rights, is not a stand-alone battle, with an only female army so it would be amazing to see guys stepping up to support this too, therefore I personally nominate @lexlimbu,@iambijaygautam @chrischettri, @asishsyangden @omex @gavin.kshetri @nepalimunche @becomingsanjay @kailashz @ayzrim @bryanraiofficial @shishi.kyou embrace the challenge. Thank you Gaumaya Yatri for the nomination x #theredtikachallenge #embracecolors #empowerwomen #jointhechallenge.

Some men have expressed their support for the campaign too. Others are keen to participate:

Now [I] need to search for a photo [of me] wearing red tika in my mobile’s gallery.