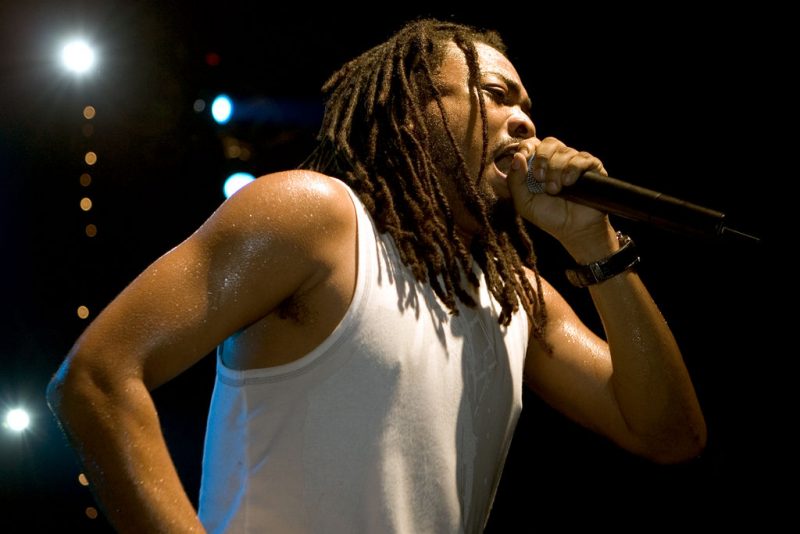 Trinidad and Tobago Carnival has been a part of me for as long as I can remember. As a kid, I competed every year for the venerated title of “Junior Queen of Carnival”. Of all my portrayals—and I was everything from a Mexican volcano to Hans Christian Andersen's ugly duckling turned beautiful swan—it was the costume “Storyteller of the Water Babies” that won me that title and the prestige of crossing the stage at the Queen's Park Savannah (the mecca of the country's Carnival celebrations) on Dimanche Gras night.

To a seven-year-old, owning that stage in the “Big Yard” alongside the adult King and Queen contenders and the calypsonians was pure magic, encapsulating the energy, spectacle and unity of the two-day street festival. According to soca star Faye Ann Lyons, “dat [that] is Carnival”—and while the costumes are amazing, none of it could happen without the music.

Sure, some years suffer a dearth of good calypsoes or soca tunes, but other years more than make up for it. 2017, in my opinion, is one of those years: with just a few exceptions, the music is glorious, energetic, clever, life-affirming. So in no particular order, here's a sampling of ten of this year's best offerings (this post will highlight the first five) and why I think they add value to Trinidad and Tobago's C2K17.

1. “Far From Finished” by Voice

A relative newcomer, Aaron St Louis (better known as Voice) took home the coveted International Soca Monarch title in 2016, so he's established himself as a force to be reckoned with. What's great about this song —quite apart from the groovy hook and his buttery, melodic voice—is the message. He says he came from nothing, but his family encouraged his dreams and ensured that he did the hard work necessary to make them come true. The song honours strong family ties, faith in a higher power and a positive attitude. In a country where young, black men are often stereotyped, I love that Voice is challenging the narrative.

Carnival has traditionally been a time to flout the rules, especially when it comes to gender relations. It's viewed as perfectly acceptable to “take a wine” (a suggestively gyrating type of dance) on anyone or anything: men, women, police officers, light poles, music trucks are all fair game. And here's the thing: you don't need permission. It's like a “get out of jail free” card.

Sometimes this is harmless and in a spirit of fun, but we also happen to live in a region rife with domestic violence and sexual harassment: not long ago #LifeinLeggings—a hashtag through which women share their stories of sexual abuse—went viral. Every woman has a story. And most women have a Carnival story. I remember one J'ouvert morning being doused with paint by a Blue Devil who thought that a good place to smear the concoction was on my breasts. By the time I protested, he was gone. That same J'ouvert, a stranger came to “take a wine”—to his credit, when it was obvious that I didn't welcome the dance, he apologised. That gave me hope, just like this song does. In this duet by stars Destra and Farmer Nappy, each of the singers grants the other “full permission to wine on meh, full permission to grind on meh, full permission to call me when you're down.” Consent: there's a concept that'll lift every woman right up.

“Even though the road is long, no matter what come, ah know ah go make it.” In these despairing times, those words glow like fireflies on a still Caribbean night. The tune's uplifting African rhythms and chants of “ring de bell” have a Spiritual Baptist vibe that takes the Carnival experience to a devotional level in much the same way that David Rudder's “High Mas” did years ago. The song is so compelling that radio announcers have joked about partygoers “catching the power” when it is played in fetes. Jokes aside, Carnival's origins were always intricately intertwined with spirituality. “Carne vale” literally translates to “farewell to flesh”, time for a last binge before the Lenten season begins. This song takes Carnival right back to its roots and reclaims it in the bold, defiant spirit of Canboulay that is at the heart of the festival.

This one has all the ingredients for a perfect soca tune, and it does not disappoint. The collaboration between calypso and soca royalty—the grand dame Calypso Rose and the young king of soca, Machel Montano—works beautifully to bridge the generation gap. Suddenly, the old-time, “ay yi yi” kaiso has a modern sensibility and the soca element is more measured, almost reverent. You can see yourself “chipping” at a leisurely pace down the road to this song, as opposed to the usual frenetic, power-aerobics pace of most soca fare these days. If you listen very carefully, you can hear a bass line reminiscent of Lord Kitchener's “Sugar Bum Bum”. This song is a nod to calypso's roots even as it opens the door to new and inventive musical directions. A wonderful update: Calypso Rose has allowed the song to be used in a campaign to bring attention to gender-based violence in Trinidad and Tobago. Through the #leavemealone and #leaveshealone hashtags, women share their stories and men are encouraged to hold themselves and their peers accountable.

5. “Welcome to Trinidad” by David Rudder

If there's an artist that consistently has his finger on the pulse of what makes Trinidad so totally itself it's David Rudder, who always manages to seamlessly blend smart lyrics with melodies you can move to. In this clever ditty, he calls out the country's preoccupation with race (meaning ethnicity) by juxtaposing it with all the things Trinidadians race (meaning hurry) to, “the rum shop…the mas camp, racing to pelt some waist”. In four simple words—funk, fire, doom, and desire—Rudder explicates the complexities of “lawless La Trinity”. He never sugar coats the country's shortcomings. Instead, he succinctly expresses why Trinidadians stay here despite the challenges: “Raise yuh hand, but never surrender…this is Trinidad…put up yuh hand, but never surrender…how we love it bad.”

Stay tuned for my five other picks in a follow-up post.