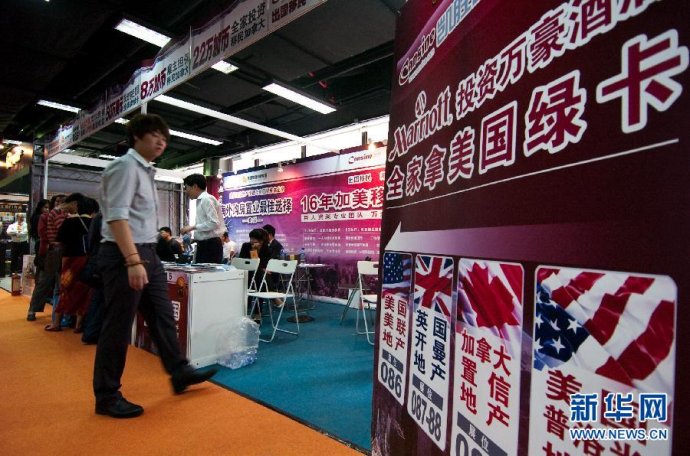 China has escalated its crackdown on capital leaving the country, a move that many netizens complain will disproportionately affect people of ordinary means.

Just before the reset of Chinese citizens’ annual foreign exchange quotas at the start of new year, China’s State Administration of Foreign Exchange demanded all buyers of foreign exchange must sign a pledge that they won’t use the $50,000 quotas for offshore property investment. Violators will be added to a government watch list, denied access to foreign currency for three years and subjected to money-laundering investigations.

China's foreign exchange reserves started to decline in 2014 as the economy started to cool down, the yuan depreciated and capital flowed out to foreign investments. China's foreign reserve plunged to the lowest since March 2011 to $3.121 trillion in October 2016. The continuous outflow could result in a vicious cycle, forcing the yuan to further depreciation and increasing the risk of a financial crisis against the background of rapidly rising debt.

The current policy is an attempt to stop people from placing their money in foreign investments.

Chinese have gone on an overseas property-buying spree over the last decade as increasingly affluent Chinese investors acquire a taste for international property. Transaction volume reached $30 billion in 2015, double the levels seen in 2014, according to property consultancy firm Knight Frank's latest research.

China has become the world’s largest investment country for international property, real estate management company Jones Lang LaSalle said based on data of the third quarter in 2016. Chinese investors average $831,000 for buying property, while home buyers from other countries average $499,000, and US citizens average $232,000.

A total of 60 percent of China's rich plan to buy overseas property over the next three years, according to a survey by China Rich List publisher Hurun at the end of 2016. America, Britain, Canada, Australia and Singapore were the top five emigration destinations.

And it isn't just the rich. China’s outflow of money has accelerated over the past decade as middle-class investors from second- and third-tier cities get in on the game. The market is alluring for realtors and developers given that if only 1 percent of China’s population become prospective buyers for offshore assets, that’s 14 million people – such a market could buy up almost two Londons.

Chinese who buy property overseas have four main motivations: investment, emigration, education and lifestyle. Many are looking for a foothold in the US, Britain or Australia where they hope their children will go on to study. Big Western cities are also seen as secure places to preserve wealth that investors want to move out of China, to guard against the devaluation of the yuan.

Increasingly expensive housing prices and severe air pollution at home have also driven many rich Chinese to look beyond China.

Online, people have made sarcastic comments about the migration trend:

Patriotism is a business, emigration is for life.

Let a part of people become rich firstly, then these people run away.

So everyone’s Chinese Dream is: migrating to the US.

Indeed, despite the tighter capital controls, brokers say Chinese investors can usually find ways around them, such as through black markets or faking business records. In other words, Chinese authorities’ fresh curbs on capital outflow will probably restrict ordinary people rather than the rich who usually have connections to underground banks and overseas business partners. As Frank Zhang, a user on social media platform Weibo, commented:

Those who really launder money don’t have to follow the rules. The restrictions just affect ordinary citizens.

Given the escalating deprecation of Chinese yuan, many accused the new measures of targeting ordinary people, in particular the middle class, who merely want to save their wealth through foreign investment.

You are constantly printing money in excess to dilute my wealth, but you don't permit me to convert it. This is so unfair!

Strict legislation, general violation of the law, selective enforcement of the law

The regulator says they have long banned the use of foreign currency for purchasing overseas real estates, but how have those rich people and corrupt officials been able to transfer their money overseas? It seems more useful to crack down on underground banks and illegal channels than to just control ordinary people’s money.

Due to an editing error, a previous version of this post incorrectly implied that the US$50,000 limit on Chinese citizens’ annual foreign exchange was newly implemented at the start of the year.