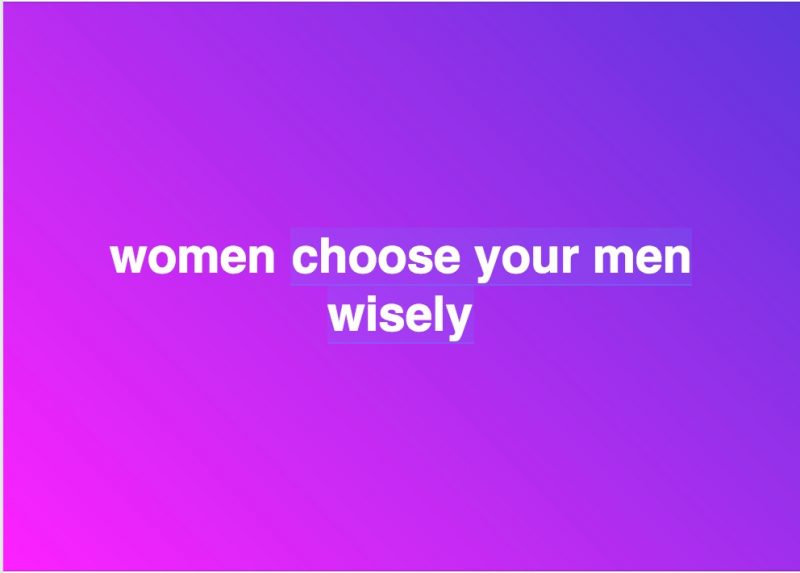 Screenshot of a public Facebook status update summarising the message of Trinidad and Tobago's prime minister as he addressed the issue of gender-based violence in the country.

On the heels of Trinidad and Tobago's latest murder, Prime Minister Dr. Keith Rowley has made a statement on the country's crime situation that is being chewed out on social media for being tone-deaf and appearing to victim-blame.

Although Rowley noted that the detection rate of the Trinidad and Tobago Police Service (TTPS) is low, he seemed a tad reticent to strongly state his disapproval with its performance, explaining that he didn't want to further demoralise the officers: “As Prime Minister, I cannot dictate to the police how to treat with citizens. Like you, I too am watching with anger at some of the things I am seeing. I have not opened my mouth”.

Rowley did manage to put some of the responsibility on the police by making the point that “in the absence of detection, those who would ordinarily be law-abiding have an incentive to become law breakers”, but he also said that women needed to take responsibility for avoiding domestic and gender-based violence by choosing their partners wisely:

As per our usual culture. Let's victim blame right?
She should've chose better?
How about he should've been brought up better?
I find it hard to believe this man is actually that stupid. […] I can't see another politician cept Trump maybe making a public statement like this.
And please eh Rowley… You might as well be in my bedroom. Cuz you done f@#king we all over.

Entertainer Wendell Manwarren was disappointed in the prime minister:

What a totally uninspired response from our PM. Nah man yuh could do better than that.

So apparently ALL the women of this country that have been BRUTALLY murdered, raped and whatnot KNEW their assailants?

Journalist Laura Dowrich-Phillips questioned whether Rowley was qualified to speak on the issue of domestic violence, retorting:

If all these killings happening after the woman leaves the relationship clearly they made the right choices, so who really need talking to?

Defend the Women, #LeaveMeAlone and Carnival

In the apparent absence of willingness to get to the root of the problem, some celebrities are trying to do their part. Soca star Bunji Garlin has started a “Defend the Women” challenge, in which he calls on men to step up and call out acts of aggression against women, saying, “Every time these kinds of characters escape, they're coming one step closer to your household. Let's not wait until it hits home […] to react and then it's too late.”

In the same vein, Joanne Gail Johnson shared an infographic to the Facebook group Womantra, advising men on what they can do to stop gender-based violence: 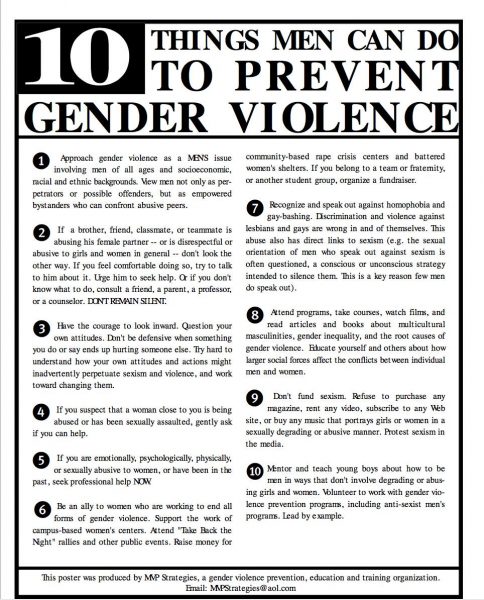 Screenshot of an infographic that is being widely shared on Facebook.

Activist Attillah Springer also asked for public support regarding “a Carnival based conversation about street harassment and intimate partner violence”, explaining that she had secured permission from Calypso Rose to use her popular song “Leave Me Alone” to bring attention to gender-based violence within the Carnival space.

Out of this, two new hashtags have emerged — #leavemealone and #leaveshealone — to share stories and just as importantly, “to encourage men to hold their friends, brothers and colleagues more accountable”. As part of the initiative, Springer will be meeting with police about their response to victims of gender-based violence during the upcoming Carnival season.

Last year's Carnival festivities were marred by the murder of a Japanese steel plan player; the then mayor of Port of Spain was forced to resign over his victim-blaming statements in that case. Almost a year later, no-one has been arrested for the murder.

Sociologist Nazma Muller spoke to Global Voices about the complexities of the issue, which she experienced first-hand, since her mother — who divorced her father when Muller was six years old — was a victim of domestic violence. She says that alcohol, the pressures of her parents’ interracial marriage and their economic situation could have put strain on anyone. “But in Trinidad,” she says, “he easily became a monster.”

She noted that the region's collective history of abuse and trauma is a key contributing factor:

No one wants to acknowledge the fact that the physical, psychological and structural abuse of Africans and Indians during slavery and indentureship has continued throughout the centuries by parents abusing their own children and passing on the learned self-hatred and self-destruction. After Emancipation, colonialism continued. The denigration of the African and Indian continued until independence. The belief that white was […] the most desirable colour to have was absorbed by our ancestors, our parents and now us.

According to Muller, racial stereotypes also factor in:

The criminalization of our boys and men for ganja is just one example of how we as a society view African masculinity — as deviant and unproductive. These same men enter relationships — because again, the stereotype of the African man is one with a big penis who loves to have sex, and this concept is portrayed through the music (be it hip hop, soca or dancehall) — and if they are not working, how can they boost their egos? Not by screwing as many women as possible?

The relationship with their mothers are also fraught with tension and resentment since the African woman has her own identity and self-esteem issues to deal with in this colour-conscious society, plus the stresses of raising the children, holding down a job and trying to keep her man from straying.

The Indian woman has a different set of issues to deal with. The legacy of the barrack yard is a memory of a shortage of women, early marriage and sexual initiation, a controlling jealousy and possessiveness on the part of the man, and the conflict that creates when the Indian woman becomes financially independent.

Muller is convinced that “until we begin to discuss sexuality and relationships in school, or create safe spaces where our boys and men can talk about their sexuality and feelings of inadequacy, we will continue to see domestic violence”.