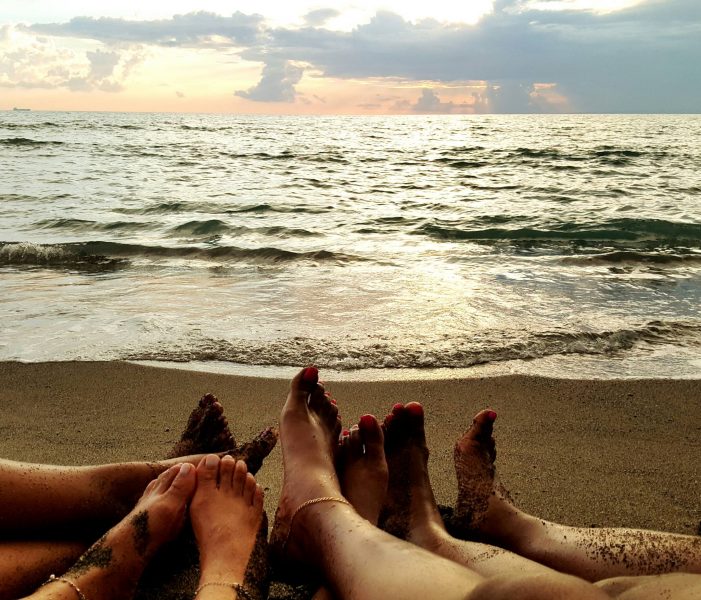 The Tambourine Army is a new activist group focused on the eventual elimination of sexual abuse against women and girls in Jamaica. Much of the healing work they do with survivors of sex abuse is done by the beach. Photo courtesy the Tambourine Army, used with permission.

It all started in late 2016, when a 64-year-old pastor at the Nazareth Moravian Church in Jamaica was arrested after allegedly being found in a car sexually assaulting a 15-year-old girl. Since then, many more cases have come to light, usually perpetrated by men in positions of power. The situation has prompted a greater focus on the problem of child sexual abuse — a long-standing but hidden epidemic in Jamaican society that is often kept secret.

As a result, a new activist “army” has formed, with a strong mission. The Tambourine Army's Facebook page defines the group as “a radical movement that was formed organically out of an urgent recognition to advocate differently for the rights of women and girls”.

Headed by the founder of WE-Change, the women's affiliate of LGBT rights group J-FLAG, the name derives from a January 9 incident during a protest by survivors of sexual abuse at the Nazareth Moravian Church. The WE-Change founder became angry and hit the leader of the Moravian Church in Jamaica, Dr. Paul Gardner, on the head with a tambourine, alleging that he had abused her partner as a child. Dr. Gardner and his Vice President Jermaine Gibson resigned soon afterwards and have since also been charged with the sexual abuse of minors, leaving the Moravian Church in disarray.

On her personal Facebook page, the “captain” of the Tambourine Army, Stella Gibson, wrote poignantly about one of her group's key concerns:

When a little girl tells you that a man has touched her inappropriately, or that he molested her…When a woman tells you that a man raped her, or that he sexually harassed her…Why do we first question the veracity of that experience that may have taken much bravery and vulnerability and nakedness for the little girl or the woman to share? Why do we then consider how damaging this must be to the man's character?

When a little boy tells you that a man has touched him inappropriately, or that he molested him or that he raped him…What makes us first believe the boy, become enraged and begin to do everything in our power to get justice for that little boy?

Why can't we first believe our girls and our women too, and do everything in our power to get justice for them? Why?

Why don't we at all times, in all circumstances shame the perpetrator and provide healing, care and support for survivors – all survivors?

What is it about a man's reputation that becomes so critical when he is accused of perpetrating sexual violence against women and girls that we wilfully and sometimes blindly disregard the very humanity of our women and girls?

What kind of society have we have created for ourselves?

Where is the protection of the value and dignity of our women and girls?

I want a different kind of Jamaica for women and girls. And I hope the #TambourineArmy will create that different Jamaica that is needed.

To that end, the #TambourineArmy has put out a call for volunteers as part of its aim to build “one of the largest coalitions of organisations and individuals in Jamaica working to remove the scourge of sexual abuse, rape and all other forms of sexual violence against our children and our women.” 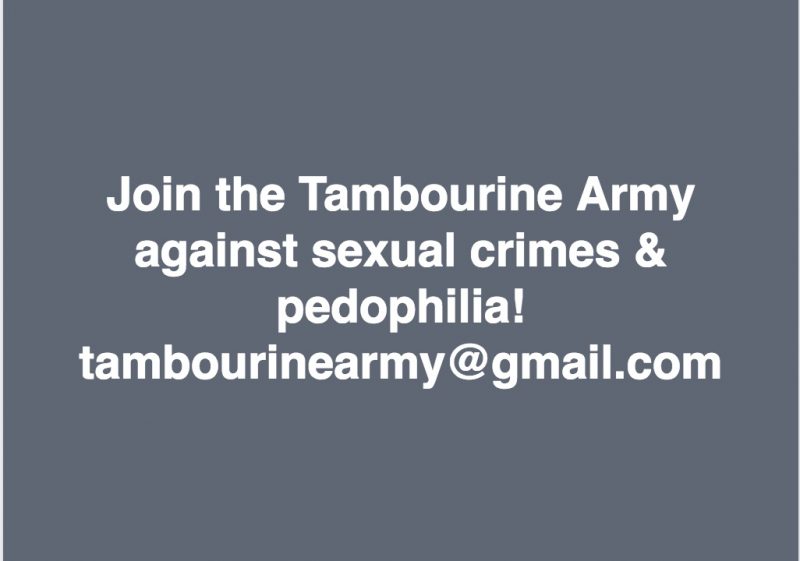 The Army is gaining support, with 80-plus Jamaicans signing up. 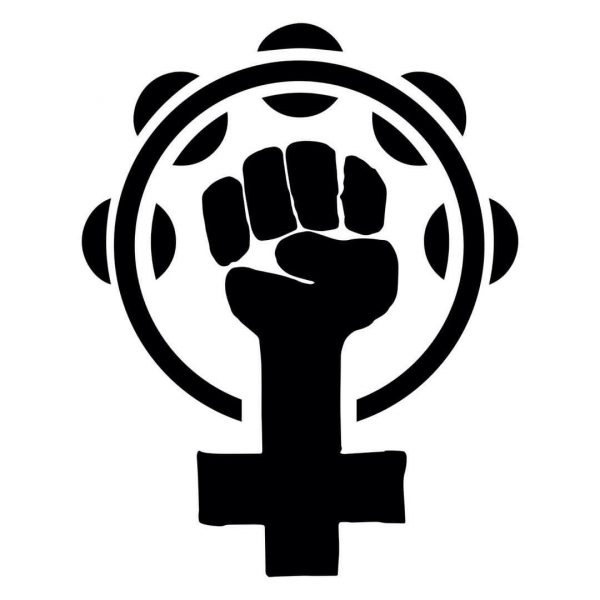 One of the Army's tactics has been the #SayTheirNames hashtag, through which women are being encouraged to come forward with their stories of sexual abuse by naming the perpetrators. However, not all Jamaicans have endorsed this radical method, questioning the legal and ethical implications of the campaign. While blogger and academic Annie Paul supported the concept in her newspaper column, she also referred to a television current affairs show in which host Simon Crosskill expressed his reservations:

‘You can't allow women to name whoever they feel like,’ he kept protesting, although none of us was suggesting anything remotely like that. No one had said the names of anyone we ‘felt’ like including should be listed. What we had said was that a victim of rape or sexual abuse MUST, and has the right to, call the name of the aggressor in question. Asking victims to name the perpetrators who have harmed them is surely a very basic and fundamental rule to live by.

But my friend, the TV host, wouldn't countenance the thought of naming and shaming at all, and he wasn't alone in this. Other prominent journalists have expressed the same opinion. The perpetrator should be reported to the police and have his day in court, they insist. The judiciary must be the ultimate arbiter of guilt, and only then should names be revealed. This despite the fact that the subject had come up in the context of a dysfunctional justice system that more often than not fails to find the accused guilty, particularly when the perpetrator is a man of influence and standing.

The Army is not just about keyboard activism. Despite the expected challenges, it is already on the march. On February 6, there was a “wear black” campaign as a sign of protest. The group is also planning a Survivor Empowerment March on March 11, in solidarity with the #LifeinLeggings movement. At the march, the group will also present its action plan for change, through partnership with survivors, non-governmental organizations, the media, and the general public.

When it comes to helping survivors, work has already started — the Tambourine Army hosts Healing Circles for survivors. Much of the rehabilitation and support sessions happen by the beach, which the group believes has the power to soothe and restore. Just as importantly, the Army has been mobilizing individuals, groups and organizations to lobby the government to make much needed changes to The Sexual Offences Act which is currently under review, urging Jamaicans to submit recommendations, questions and concerns to the relevant Parliamentary Committee by February 28.

Other organizations are also getting involved. Eve for Life Jamaica, which works with young mothers who are survivors of sexual abuse and spearheaded the #nuhguhdeh (Don’t go there!) campaign aimed at protecting children from predatory older men, came up with an additional hashtag: #16protectionnotpermission, referring to the age of consent.

Building on the momentum, The 51% Coalition — Women in Partnership for Development and Empowerment — has organized a “Meeting of the Minds” on February 7, at which they hope to discuss the many perspectives on violence against women and girls.

Meanwhile, Reverend Clarke, the first Moravian pastor to be charged, appeared in court last week. He was greeted by a number of female supporters who berated the media covering the case. His victim and another sibling (from an impoverished family of ten) are now in state care. Sadly, stories of violence against women by current or former partners continue to appear in the news, as they did last year.

The problem of the sexual abuse of Jamaican girls is an oft-repeated story that is as much about social justice, deep rural poverty, and the plight of vulnerable children as it is about the perpetrators, who are often respected members of the community. Whether the Tambourine Army ultimately wins the battle for radical steps to change hearts and minds — and the status quo — remains to be seen.