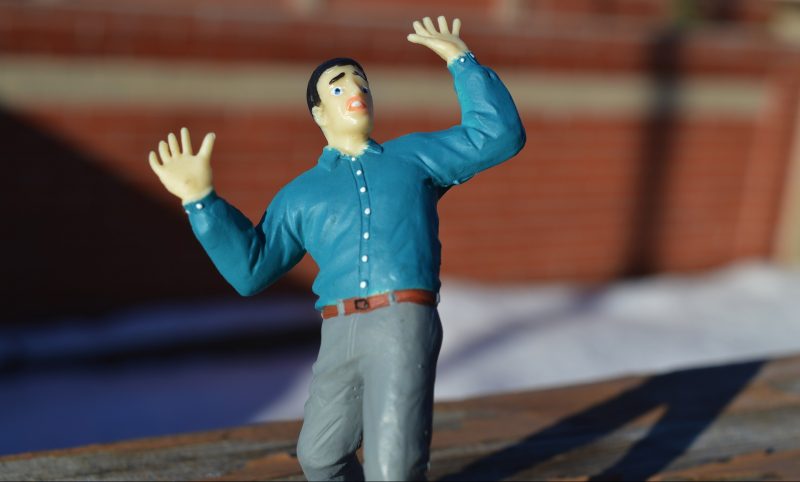 There’s a video circulating on the Russian Internet right now that shows two elderly women panicking about the potential loss of Vladimir Putin. The footage was probably staged, and that makes it a likely sign of what’s to come over the next year, as Russian political technologists and random activist groups prepare for the country’s first presidential election since 2012.

In the video clip below, two older women say they were out “collecting signatures for Putin,” when a “local deputy” supposedly approached them and said they were wasting their time. Putin is leaving the Kremlin, the deputy told them, and Moscow Mayor Sergei Sobyanin will be Russia’s next president.

This revelation came as a terrible shock to the two activists. One complained that she hasn’t been able to sleep since the encounter, and her friend, placing her hand over her heart, declared defiantly, “We’re Putinists! We’re only for him!”

In the video, a younger woman then confirms the rumor, sadly telling the shaken old women, “Well yeah, it looks like not Putin but Sobyanin will run.”

The video was shared by a civil group based in Krasnodar called “Social Justice” — a pro-Putin organization best known for “Lidiya Arkadevna,” a member who became a viral Internet star in 2013 thanks to her vitriolic, nonsensical ramblings against opposition leader Alexei Navalny. “Arkadevna” is remembered particularly well for claiming (falsely) that Navalny once institutionalized his wife in order to “run around” with prostitutes.

When Social Justice’s activists aren’t collecting signatures to document how much Russians love Vladimir Putin, sometimes you can catch them protesting outside the Krasnodar office of Yabloko, the country’s oldest liberal political party.

If the footage of the elderly women was staged, it wouldn’t be the first viral video manufactured to draw attention to elections in Russia. The single greatest such effort was in September 2014, when someone had four men dressed as cartoon characters beat up a man in the road. On YouTube, that video now has more than 12.7 million views.

But why is Social Justice trying now to undermine Sergei Sobyanin, the very politician who faced off against Alexey Navalny in the 2013 Moscow mayoral race?

Rumors that Sobyanin might take over for Putin in 2018 have been around for years — particularly since Sobyanin defeated Navalny in the 2013 race, which many experts viewed as a special test administered by the Kremlin.

Staging videos featuring frightened old ladies fretting about a President Sobyanin probably has less to do with the Moscow mayor than it does with reminding people about Vladimir Putin’s essentiality to Russia’s political system. The message seem to be: Mr. Putin, you must run for reelection next year, or these women and the millions like them will simply fall apart.

Sobyanin, for his part, has done his best to pose no challenge to the man who put him atop Moscow’s city government. Already back in 2013, almost immediately after defeating Navalny, Sobyanin told the media that he had no plans to run for president in 2018. Two years later, he broached the subject of his own political ambitions once again, stating meekly that he would consider running for reelection as Moscow mayor when his term is up (also in 2018).