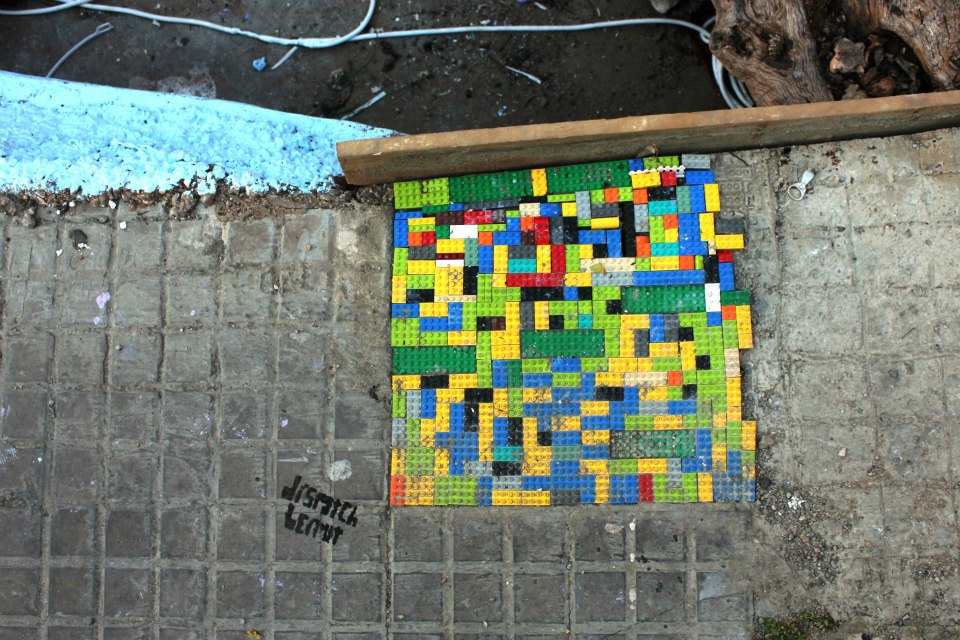 A Lebanese public art collective named Dispatch Beirut has made a name for itself for using Lego as a way to “rebuild” pieces of the Lebanese capital.

These “little blocks of hope”, as the collective calls them, are meant to be temporary. In their own words, Dispatch Beirut wishes to “mark Beirut city with ephemeral and creative art as a form of Urban statements about current torn down and neglected spaces.”

Dispatch Beirut was founded by Lea Tasso and Pamela Haydamous and inspired by the work of German artist Van Jormann who used plastic construction pieces to repair and fill holes in broken walls.

The biggest motivation behind this initiative was a sense that the government's reconstruction of the city after the end of the 15-year-long civil war in 1990 was prioritizing profit over heritage. Scholars Marwan Ghandour and Mona Fawaz wrote in 2010 that rather than the proclaimed “healing” being the motivation behind Beirut’s reconstruction, it was “less related to the pre­-destruction phase than to the actual act of destruction”. In other words, “that the spatial erasure initiated by war destruction is consolidated during postwar reconstruction”.

This predicament required an artistic response, and Dispatch Beirut wished to do its part. Speaking to Global Voices, Haydamous explained:

Beirut has become a shadow of its former self and we wanted to change that. We wanted to bring Beirut’s bullet holes, broken stairways and streets back to life in a fun way. We wanted to give people a chance to reminisce about their childhood and their past by giving them back that sense of hope that they lost growing up during war. We gave them blocks of legos and asked them to build their own world with us.

It had soon become clear to the team that their work would face the same treatment imposed on the city.

We knew that our street art couldn’t forever remain untouched. We were faced with a lot of forced destruction. The government didn’t help either. When we created our Independence Day installation on a shattered wall, we received a signed permit to keep our installation for an entire month. After only 12 hours, we received a phone call saying that our installation was causing a lot of parties to object and therefore, had to be taken down. It was very depressing to hear that. It’s almost as if people were used to disappointment. 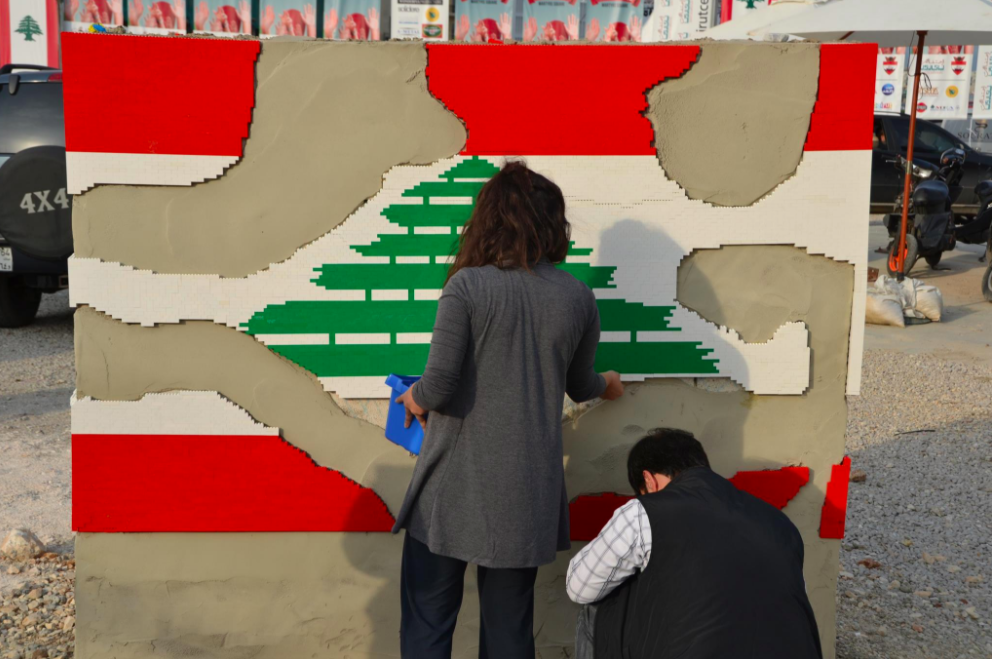 Creating these unique installations takes a lot of time and effort. The team managed to get Lego Beirut to sponsor their work, replacing their method up until then of simply asking friends and connections for donations. But that did not last either. Haydamous told Global Voices:

We started off using our own bricks and received donations from friends, friends of friends and so fourth. By the time we got to our 4th installation, Lego Beirut offered to sponsor us fully. After two years, the sponsorship stopped because we were having problems protecting our installations. Now we’re back to receiving donations. We’re hoping to find new forms of urban interventions that will stay for a longer time. 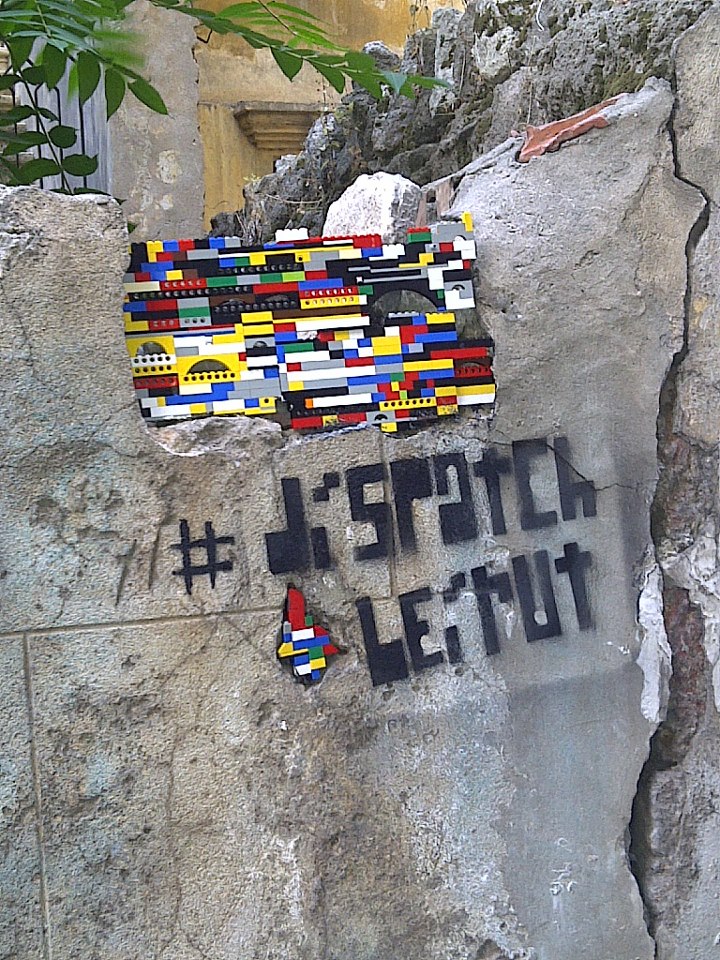 Despite facing problems with their installations, that did not stop the team from getting attention for their work. In 2013, Dispatch Beirut collaborated with the “Geitawi on my mind” festival and the “Dihzahyners” team to create a project called “A Little Wonderland” in which they rehabbed an old house in one of the busiest areas of Geitawi, Beirut with colorful paint and Legos.

Here is a before and after photo:

Before and after pictures of ‘A Little Wonderland’. Source: Bananapook

While some might see these kinds of efforts as trying to erase the past, Dispatch Beirut insists that that is not the point:

Our goal is not erase our memories of war but to give hope to not give up on a country that has suffered so much.