How to Crack a Joke in Trump's America 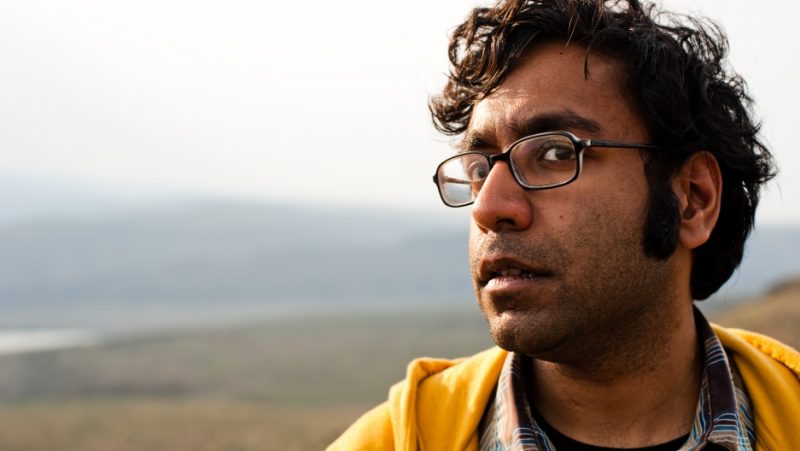 This story by Sarah Birnbaum originally appeared on PRI.org on February 1, 2017. A slightly edited version is republished here as part of a partnership between PRI and Global Voices.

Comedian Hari Kondabolu has an evil plan. He can end US President Donald Trump's ban on travellers from Muslim-majority countries by deploying a secret weapon: the English-Irish boy band One Direction.

The first step? The band would have to reunite as a five-man ensemble and bring back Zayn Malik, who left the band to pursue a solo career. “Then they have to plan a worldwide tour, including every major city in the US. But here's the problem though … Zayn Malik is a Muslim. And that means One Direction can't come to America. That's going to disappoint and anger millions of teenage girls. … Teenage girls are like the most powerful and underutilized political voice in this country! If activated, there would be chaos!”

Kondabolu originally unveiled his plot in December 2015, long before Trump was elected, but after the then presidential candidate had called for “a total and complete shutdown of Muslims entering the United States.” On January 27, 2017, Trump as president signed an executive order banning nationals from seven Muslim-majority countries — Iran, Iraq, Libya, Somalia, Sudan, Syria and Yemen — from entering the country for 90 days as well as suspending the refugee program for Syrians indefinitely.

But the comedian says the idea could still work. “I feel like nothing is over the top anymore. Donald Trump, a reality TV-star billionaire, is the president of the United States. My plan seems very mainstream right now.”

Since the elevation of the former “Celebrity Apprentice” host to leader of the free world, Kondabolu has been thinking about the role of humor in politics; namely, the moral ambiguity of turning horrible news into a punchline.

“There's something about it that seems inappropriate in some ways, considering the severity of the kind of stuff we're talking about,” he says. “We're talking about mass deportations and comparing this to other fascist regimes early on, and the cost to peoples’ lives, and the separation of families … and that's heavy stuff.”

That leaves humorists in an awkward position. “If you [as an audience member] are informed, you're not going to laugh because this is hard to hear. And if you aren't informed and I'm the one who's informing you, that's a lot to take in.”

Comedians have another challenge these days: Audiences are more polarized. At a comedy show in Boston in November, Wanda Sykes was booed off stage after making jokes at Donald Trump's expense.

Kondabolu says he isn't getting booed, but the political divisions are evident as he tours around the country. For instance: “I was doing a random spot in Seattle, and the second I got into politics, everyone froze up. Whatever it was … it was just too much.” Another time, Kondabolu recalls, he was doing a bit about abortion and women's rights, and someone in the audience told him he was going to hell.

“I haven't gotten that in a while,” he says with a resigned chuckle. “It was retro. It was vintage. It was the kind of feeling I had on stage that I haven't felt in a decade. People just not wanting to talk about those things and not liking someone aggressively sharing their point of view. It was strange.”

Kondabolu has considered tweaking his onstage persona to appeal to tough crowds. “I've often thought about — how do I make myself more accessible? I have a family. I have things that are certainly relatable to the majority of people that I don't generally talk about. I should talk about them! Because in addition to it being a tactic, it's good comedy. It's good comedy for the audience to see you as a full person. And I think I'll need to deploy that more.”

One comedian who brings accessibility to his comedy is Aziz Ansari. Kondabolu says he watched Ansari's recent monologue on the TV show “Saturday Night Live.”

Ansari navigates a fine line in the SNL routine. On the one hand, he skewers Trump supporters. He compares them to fans of American hip hop artist Chris Brown who like Brown's music but don't support his “extracurriculars” (among other legal issues, Brown pleaded guilty in 2009 to felony assault of his girlfriend at the time, singer Rihanna). But Ansari also tries to reach across the aisle, warning Americans to “be careful. We can't demonize everybody who voted for Trump.”

Kondabolu says Ansari's conciliatory style is one way to go. But it probably won't work for him.

“I don't think that's my tack,” Kondabolu says. “I think for Aziz on ‘Saturday Night Live’ he's in a forum speaking to all of America. I'm a lot more aggressive. I tend to be on the side of rallying cry, you know? I don't want to find a middle ground.”