These Classic Cartoons That Took on Dictatorships Are So Relevant Today 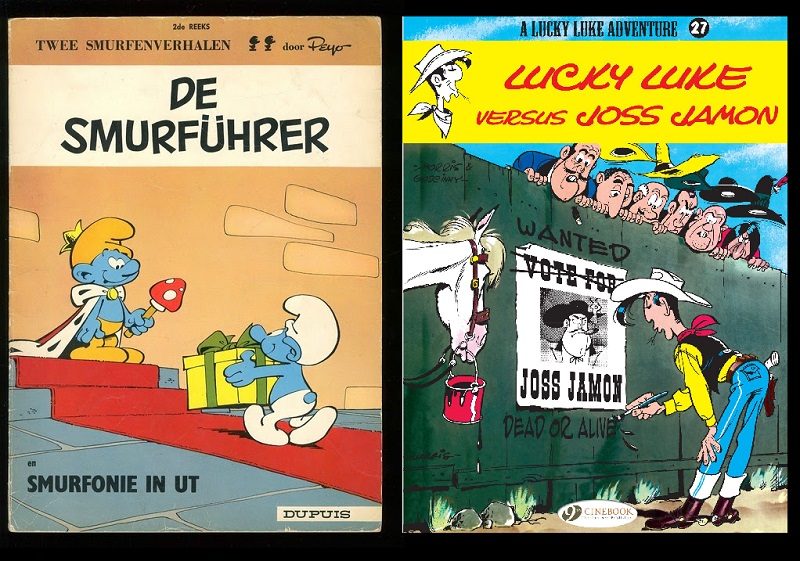 Title pages of comics books “De Smurführer” , the Duch version of the “King Smurf,” and “Lucky Luke versus Joss Jamon.”

One challenge for parents raising kids at times of social and political upheaval is how to talk to them about issues affecting their society and possibly their lives without overburdening them with adult responsibilities. One solution is isolation, as proposed by Roberto Benigni in his dark comedy Life is Beautiful. Another is to educate them by using content that they can relate to. Here are several animated classics that might be helpful, especially if accompanied by conversations during and after.

The rise and fall of fascism: King Smurf

In “King Smurf,” the Smurfs argue who should be in charge during Papa Smurf's absence. One of them takes power, and, through flattery and empty promises, fashions an authoritarian regime. As a result, instead of taking care of real problems (the leaky dam, for instance) the Smurfs are forced to build a grand palace for their new leader. The regime attacks freedom of expression, by throwing regular humorist Jokey Smurf in jail. A small group of dissident Smurfs start a resistance movement before some of them are exiled and the situation escalates into full-blown civil conflict.

As with other Smurf cartoons from the 1980s, this is just an approximation of an excellent Smurfs comic book that pre-empted it by two decades. The comic book deals with additional topics that may be familiar to followers of certain recent election campaigns.

Unlike in the cartoon, which sees Brainy Smurf take power, the Smurf that takes charge in the book is a an unnamed, cunning and populist Smurf, who discovers that one can acquire power by telling others what they like to hear.

The link with fascism is far more explicit in the Dutch-language version titled De Smurführer, or the Smurf Fuehrer.

Autocrats famously surround themselves with toadies; ‘yes-men’ who simultaneously flatter them and deceive them into thinking they are performing well in their role. Such ‘loyalty’ takes precedence over competence, and these leaders in turn remove civil servants who report unpleasant news of the type that impacts on their self-image.

Autocrats also sow conspiracy theories and panic in order to stay in power. Because their rule is based largely on different kinds of deception, they distrust everyone around them and subject political opponents and loyalists alike to surveillance.

An archetype of this kind of behaviour is the gloriously paranoid and scheming vizier Iznogoud, who is the eponymous hero of a French comic series that was later turned into a cartoon for television.

Over time, dictators become so removed from reality, that they start believing their own propaganda. The disconnect between their desires and the real world occasionally causes them to alter not only the ‘software’ of society, (by controlling speech and thought) but to reconfigure its ‘hardware’, (by implementing policies that directly affect people's bodies, or dramatically alter the physical environment).

In “King Smurf,” after the ruler has built his grand palace, he builds a wall around the village, in order to keep undesirables out, and others in.

In “Out of Scale” (1951) Donald Duck takes this stereotypically authoritarian obsession with construction a phase further, building a new model town on a property he has acquired, assembling little houses on the lawn and ‘planting’ fake trees in place of real ones.

As he wants complete control of the territory he claims as his own, he attempts to drive out the indigenous chipmunks, who lived in one of the trees on the property. But the chipmunks hold firm, enduring Donald's sociological experiments in order to secure themselves a place in “his” world. In the end they even manage to get their tree back. The moral of the story? Determined resistance forces compromise!

Freedom of expression and journalism

In the age of fake news and deepening attacks on freedom of speech across the world, the old-fashioned commitment to the truth of publisher and journalist Horace Greeley and “The Daily Star” is heartening.

This classic was a Lucky Luke comic published in 1983 before it became an animated cartoon.

While the story is fictitious, Greeley is based on the real-life New-York Tribune founder of the same name who, as irony would have it, also played a key role establishing the Republican Party.

In this episode Greeley does battle with a gaggle of prominent entrepreneurs who react angrily to him printing the facts about their dubious business practices.

When money runs out: Taxes and dictators

Dictatorships are typically costly, as public funds are spent on wasteful projects and siphoned through ‘legalized’ corruption.

Unless tethered to vast natural resources (for instance, oil) such economies are not sustainable. When they start to crumble, they resort to taking loans from domestic, rather than foreign banks, and increasing taxes and other mandatory payments. The final phase is state-sanctioned criminal activity. That can include acts of violence towards citizens in order to confiscate their assets, scapegoating ethnic and religious minorities and political opponents, or starting wars of conquest.

Many of these tactics are on display in the classic Disney cartoon Robin Hood (1973), wherein the cowardly, superstitious and spoiled Prince John has taken over government and harasses the population with arbitrary taxes and fines. Taxation mostly targets the poor, who are suppressed by medieval versions of the police and judiciary. Only the brave dissidents Robin Hood and Little John, supported by a revolving cast of collaborators, take a stand against this rule by fear.

State capture and the way out

In the 1958 comic book Lucky Luke versus Joss Jamon, a group of “democratically elected” thugs capable of manipulating media manages to take over a community and persecute the human rights defenders living there. In effect they achieve state capture, a situation in which state institutions, including the judiciary, became subservient to a mafia. The comic book offers more pointers as to how this form of political corruption emerges — advocating citizen engagement as the way to solve the problem — but the cartoon also manages to get the basic point across.

Author's note: This article is about animated cartoons mostly, but please do encourage the children you interact with to read more, starting with the comics that made the cartoons possible. 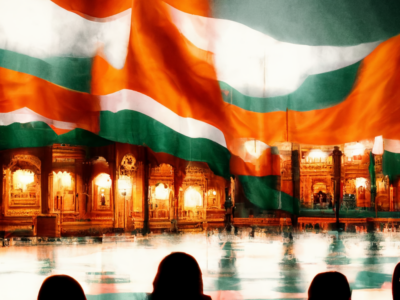