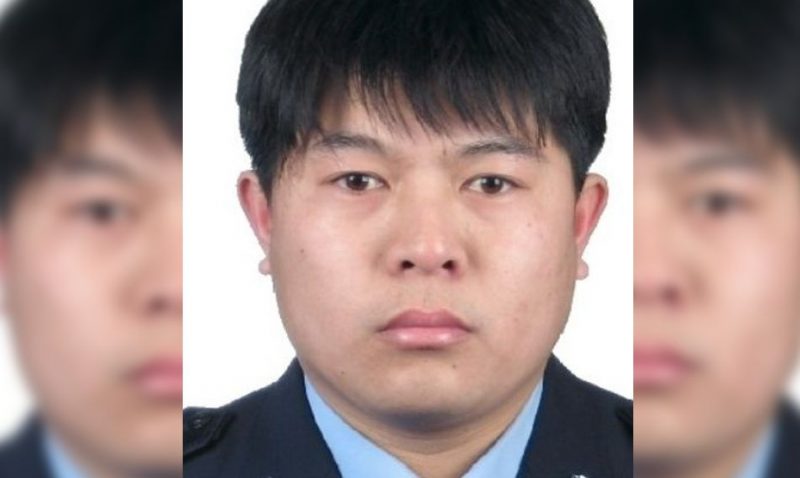 This post was written by Catherine Lai and originally appeared on Hong Kong Free Press on Feb. 2 [1]. The version below is published under a partnership agreement.

In recent weeks, police in China have been arresting Internet users who share messages that insult law enforcement officials. According the Radio Free Asia [2], at least six people have already been detained. Two of these individuals were reportedly arrested on Jan. 28, for mocking a police officer killed the night before in the line of duty.

Qu Yuquan, a 38-year-old police officer in Harbin, was attacked while responding to a bar brawl on Jan. 27, according the local police station's Weibo social media account. After being taken to the hospital, he later succumbed to his injuries.

After the news went out on Weibo, a user named lukehcen0 posted a message that officials say “insulted the police officer who sacrificed his life and incited violence against the police,” according to the Legal Evening News, a newspaper published by the Communist Party.

“His actions violated the country’s Public Security Administrative Punishments Law,” the report said. The Weibo user was taken in for questioning, in a coordinated effort between police in Beijing and Guangzhou, under the direction of the Ministry of Public Security.

Another man with the Weibo handle “Changchun Social Sister” also posted comments insulting Qu. Police arrested him on Jan. 30, and he's already confessed to the act, according to reports.

Lukehcen0's offensive comment was a response to an unofficial announcement of Qus’ death on the Harbin police department's Weibo page, which read as follows [3]:

I double-checked. […] a police officer from the [Harbin] station was beaten to death by five men and a women while on duty. He wasn't even 40 years old. He was a police instructor, a father, and a son. I don't understand why they hate cops so much. I can't reveal too much now, please wait for the official press release by the Harbin Public Security Bureau. As a police officer myself, I really want to cry. Farewell, my fellow officer.

Anybody who beats or kills police are all heroes?

[His] daughter is just three years old… how can such tragedy happen during a family holiday? [He has in mind the Lunar New Year] I just saw his parents crying in the — they almost fainted. The oldest cried while holding me. I felt so bad. I hope the public understands that working in the police is a very risky occupation. And please don't cause problems for yourself or for society. Please be careful. Wellbeing is what's most important.

Great, his daughter has no one to protect her. It’s New Year's, haven’t you gotten your retribution? [note: Chinese believe that when bad thing happened during happy event means the heaven is punishing the person for his/her wrong deed.]

In another post, Zhang Ye [5], a state-affiliated journalist, criticized public intellectuals for not mourning for Qu:

Before New Year's, a police officer was beaten to death while on duty, responding to an emergency call. Most people condemned the act, but public intellectuals were silent. Some bad mouthed and even made fun of the incident. Did they ever consider that the police needed to respond, even the call came from a bar? If you were bullied, wouldn't you also call 110 [China's emergency hotline]? If society has no order, how can there be safety?

Enough bullshit. There is no use calling the police these days. Stop making excuses for the police. Don't whitewash yourself — the incident was a crossfire between dark forces. Are you whitewashing for higher wages?

The disrespect for the fallen police officer outraged many Chinese social media users, and police in Guangzhou and Nanning launched immediate investigations into the outbursts, after various individuals alerted the authorities, according to reports in China's mainland media.

The two Weibo accounts responsible for the offensive comments are no longer accessible.

A Weibo user named Wu Bin told Radio Free Asia, an international broadcasting agency funded by the U.S. government, that he thought the controls in China on online speech are becoming stricter.

There is no feeling of safety when speaking on the internet, a police car could come to your door and take you away at any moment… I don’t think he [lukehcen0] was inciting violence against police, he was expressing his own viewpoint, he felt that the police are not good – everyone has the right to express their own viewpoint.

Public anger over police brutality in China flared last April, following the death of a young environmentalist in police custody [6].