For Nearly Two Months Now, Kenya's Doctors Have Been on Strike 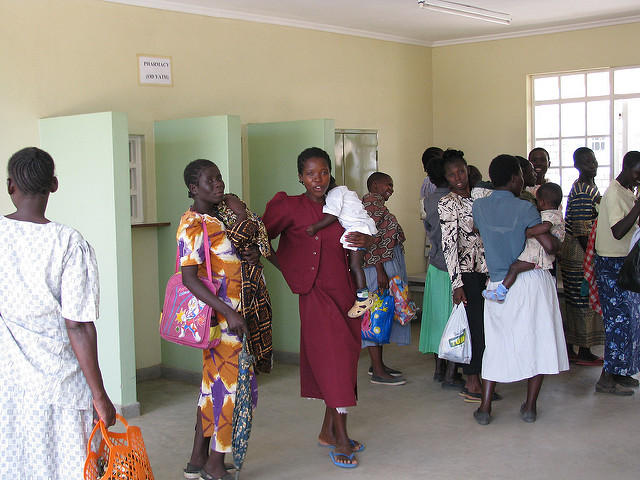 In December 2016, 5,000 Kenyans doctors drawn from all government hospitals countrywide went on strike to protest the failure of the Kenyan government to implement a collective bargaining agreement (CBA) which it had entered into with doctors through their union in 2013.

Several weeks later, the doctors are still on strike and the stand-off has yet to come to an end.

The strike has brought the public health care system to a halt. For example, it was reported that more than 100 patients fled from the main psychiatric hospital in Nairobi when the strike began and a security guard at a hospital in western Kenya was forced to assist a woman give birth.

The Kenya Medical Practitioners Pharmacists and Dentists Union (KMPDU), a union body that governs all Kenyan doctors, called on all its members to stop work in reaction to the government failing to honor its agreement amidst worsening conditions in public healthcare.

Kenyatta National and Moi Teaching & Referral Hospitals are functionally closed. The GOK must implement the CBA they signed in 2013.

The CBA between the Kenyan government through the Ministry of Health and the doctors’ union was signed on 23 June 2013. It was aimed at repairing the healthcare system in the country which is in deplorable conditions. Most government hospitals lack basic medical equipment and drugs, and the 5,000 doctors are overworked serving a population of 43 million Kenyans.

According to the UN’s 2014 human development report, incomes of the richest 20 per cent of the Kenyan population rose steadily in the past decade to stand at 11 times more than the incomes of the poorest 20 per cent, leaving Kenya as East Africa’s second most unequal society after Rwanda. Although there are private hospitals, they are out of reach for many Kenyans.

The ongoing strike and the terms of the CBA have been misreported by media houses in Kenya, with many saying that doctors are only after a 300% pay raise. However, that is not the only thing contained in the CBA, the CBA proposes the overhaul of the  public health care system by equipping all government hospitals, and providing low cost universal healthcare. Most doctors start off on a salary of US$ 400 per month.  the patient-doctor ratio remains low at 18:100,000.

In a tweet shared when the strike began, KMPDU shared an infographic breaking down the CBA in a way that Kenyans could easily understand, relate with and share widely.

13. That CBA is what will redeem the healthcare of this country for it has the interest of every kenyan in it pic.twitter.com/hEh5EJmlLc

It is due to this perceived misrepresentation of facts and efforts by the government and some media houses that the union began a strong social media campaign with the aim of sensitizing Kenyans on the actual state of healthcare in the country as well as galvanize the support of Kenyans.

All the media houses have a moral obligation to highlight not only the plight of the patient but that of the doctor too. #LipaKamaTender

Using their Twitter handle @KMPDU, the union has, for nearly two months, shared infographics, memes, photos, cartoons, videos and stories from their union members telling their personal experiences trying to save lives with no medical equipment, lack of drugs and electricity and the overworking of many doctors who sometimes have to go on 36-hour shifts with little rest.

In a photo essay compiled by the website Courageous Stories, one doctor described how they watched a patient die because the hospital’s ambulance had been given to the local politician to pick tomatoes from the market.

51 days in! How did we let it reach this point!? We deserve and demand better healthcare! That's just it! #CBAforKenyans pic.twitter.com/j5IKWL58Z9

The government has resisted the doctors’ demands. In a live interview on national TV in December, government spokesman Eric Kiraithe said Kenya does not need doctors and the government was planning on importing doctors from India and Cuba.

A few weeks after that statement was made, The Telegraph, an Indian newspaper reported that the Indian prime minister had turned down the request to replace the striking Kenyan doctors with Indian doctors during a visit by the Kenyan president to New Delhi.

Meanwhile, the country's public healthcare system remains at a standstill.