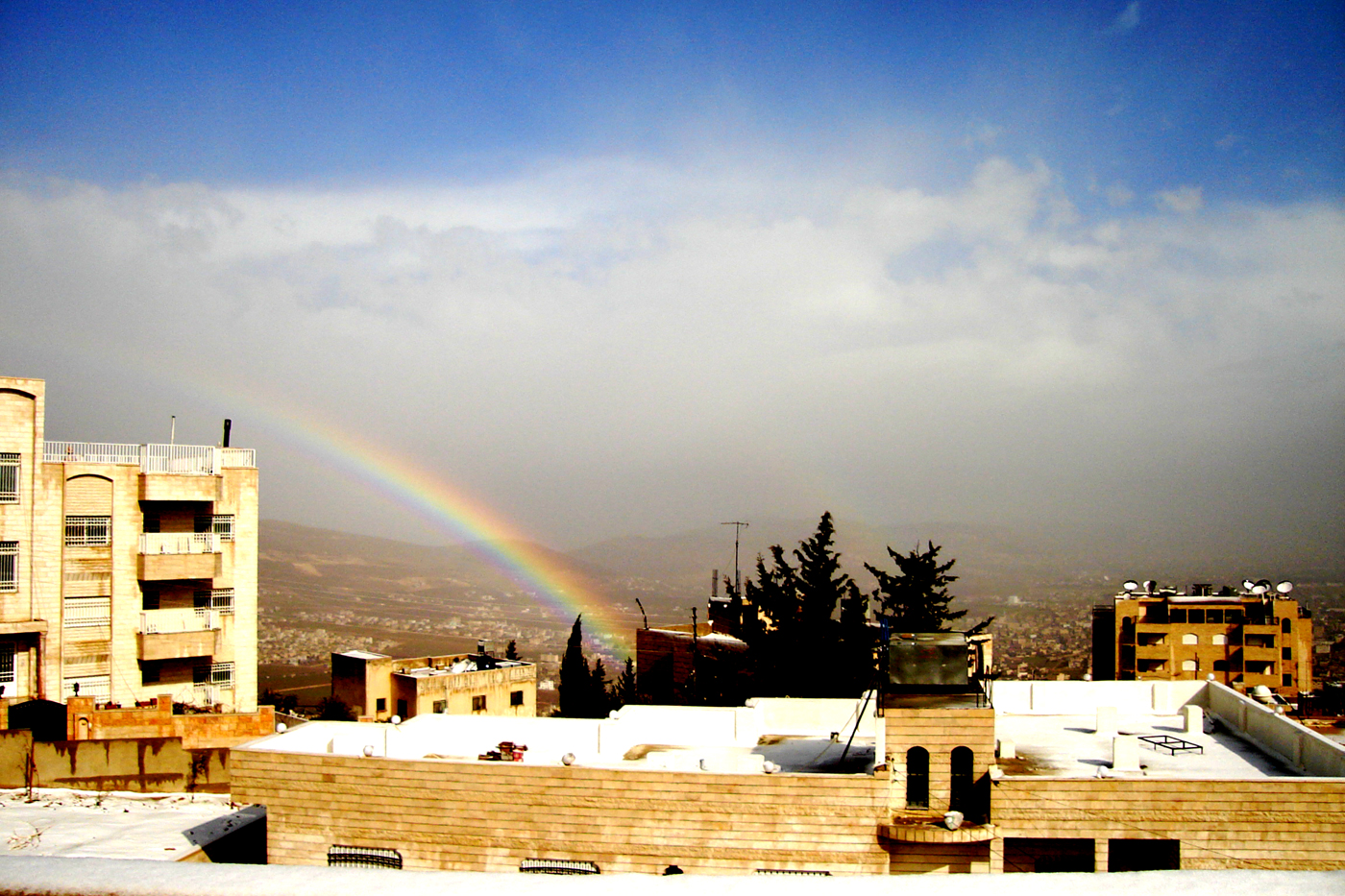 Jordan’s stance on LGBT issues is considered one of the more advanced in the Middle East, as criminalization of same-sex relations was removed from country's the Penal Code in 1951. However, decriminalization alone has not ensured complete freedom for members of Jordan's LGBT community. Article Six of the Jordanian Constitution protects citizens from discrimination on the basis of race, language or religion, but these protections do not extend to people of variant sexual identity.

This gray area is where discrimination still manages to play out in the daily lives of LGBT persons. Nasser*, a 23-year-old who moved to Jordan about a year ago and identifies as a homosexual, has experienced being asked to leave an establishment for displaying affection publicly. “The manager of the bar approached us and told us that what we were doing is not allowed. I told him that that I know the laws, and that this is not illegal in Jordan,” he told Global Voices. “He told us, ‘it may be allowed in Jordan, but it’s not allowed in here,’ and then we felt uncomfortable and left.”

For transgender persons, the situation is even more complicated and dangerous. Article 307 of the Jordanian Penal Code states: “Any male who is disguised in a female's dress and enters a place reserved for women only or which cannot be entered by other than women at the time of committing the act; he shall be punished by imprisonment for a period not to exceed six months.” However, in practice, transgender persons have experienced harassment even while in public spaces.

One such example is the case of Farah*, a trans woman who was walking near a public marketplace when she was stalked and harassed by a group of men in a car. She ignored them and they got angry, got out of the car and approached her.

“They pulled my hair and shoved me around, trying to steal my purse,” she told Global Voices. “Eventually, one of them inserted his hand into my purse and stole a wad of cash from me before running away.” A bystander witnessing the altercation called the police, who, on arriving to the scene, asked to see Farah’s ID.

“I was dressed in a feminine manner and knew it would arouse suspicion,” she said. “So I made up a story about how I have a hormonal problem and that is why my appearance is more feminine than in my ID.”

Skeptical and confused, the police took her back to the station where the situation quickly escalated into an interrogation about her appearance and mode of dress, rather than about the fact that she had attacked and robbed.

“They asked me why I was dressed as a girl, and called me derogatory terms like mukhanath (a man who resembles a woman),” Farah said. “They accused me of public indecency and for disguising my identity—even though I explained the person in my ID is me.

After being detained for two days, she was sentenced to six months of house arrest for “her own protection.” House arrest entails her having to be home before 5 pm every day, and having to check in daily at the police station to prove that she is still in town.

“Every day I go is a struggle. Every day I face insults and humiliation, and get searched on my way in with them grabbing my body in way to deliberately make me feel uncomfortable. I’m the only one who gets searched from the people who have to check in.”

The experience has made Farah determined to leave Jordan for safety reasons. She is planning to move to Europe after the period of house arrest is over to complete her studies, something she has not been able to do since getting expelled from high school after it was discovered that she was transgender. According to a 2015 Human Rights Report on Jordan conducted by the US State Department, trans individuals face increasing difficulty accessing education and public services. Being transgender can also greatly affect job prospects, sometimes leaving sex work the only option available for them to earn some kind of income.

Efforts are being made to raise awareness of LGBT issues, especially in the last few years. In 2015, informal LGBT activists and the Jordan-based LGBT-inclusive magazine My.Kali organized a small event in central Amman for the International Day Against Homophobia, Transphobia and Biphobia (IDAHOT), where members of several European embassies and the US embassy unofficially attended the event as a show of support, sparking condemnation of the US ambassador by Jordanian authorities. IDAHOT was nevertheless observed in Amman the following year, although in a confidential location.

Hasan, one of the very few outspoken activists on LGBT issues in Amman, works on raising awareness and providing space and support for LGBT youth in Jordan. He and some fellow activist friends have organized a monthly private support group to discuss issues such as safety and HIV, mental health, coming out, and religious matters.

“We started out with eight members only,” Hasan said, “but now we grew to a network of about a hundred. Members can invite others if they trust them and vouch for them, and safety is the priority. Not many can be outspoken about these issues as I am, and it’s important to note that I work in partnership with people who have contributed greatly to this community.”

It is not clear what the future holds for LGBT individuals in Jordan, but, as Hasan puts it, “the issue is finally out from under the table.” One interesting development is Jordanian Prince Zeid Ra'ad Al Hussein's assumption of the post of United Nations High Commissioner for Human Rights in September 2014. Prince Zeid has put forth more than twenty proposals to protect LGBT persons, among them advocating for all countries to provide legal protection for same-sex partnerships and their children, giving them the same benefits awarded to heterosexual couples. Prince Zeid is acting on behalf of the international community rather than Jordan, of course, but it remains to be seen what effects, if any, his recommendations and policies on ending violence towards LGBT people will have in his home nation.

*Names have been changed to protect the privacy of individuals contributing to this story.