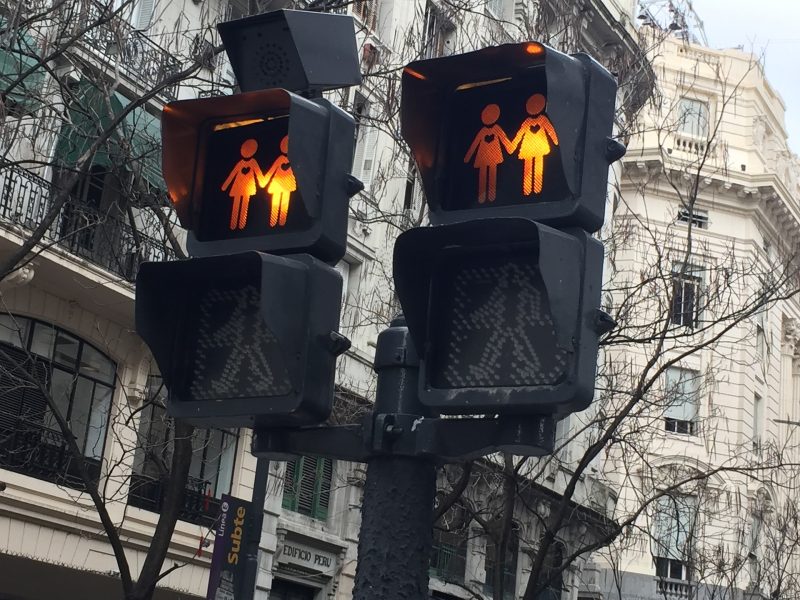 A Kazan-based website called “MyLinker” is stirring controversy in Russia with a service that supposedly calculates the number of LGBT persons in cities around the country, in an effort to help people evade anti-discrimination policies by homestay networks like Airbnb.

In Moscow, for example, the website says there are “173,851 gays,” and warns visitors, “Oh my! That's a lot of gays! Danger!” while offering help in “fending off the gays.”

Scrolling further, visitors to MyLinker are told that “AirBnb cleaned up and deleted all the owners who refused to rent to homosexuals,” before getting the sales pitch: the homophobes re-registered with MyLinker, the website claims.

“You probably don't want to cradle your child in a bed where a bunch of gays were just frolicking about,” MyLinker says. 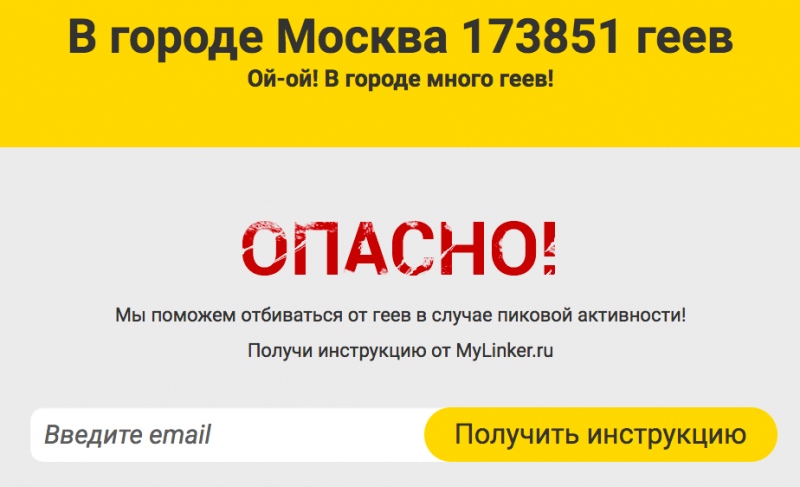 Search a smaller city on the website, however, and you get different results. The city of Izhevsk is supposedly “just a little gay,” though visitors are still invited to register their email addresses with MyLinker to receive discounts on local accommodations.

In an interview with the tabloid Life on Tuesday, a representative for MyLinker said the service is a response to backlash against anti-discrimination policies like Airbnb's ban on refusing to rent to members of the LGBT community. “Denying gay people is fine, if we're talking about the freedom of choice,” Rodion Kadyrov told Life.

A woman named Maria Andreeva disagrees, and has already launched a petition on Change.org to ban MyLinker as discriminatory, also arguing that the website's “gay population measurements” are also probably wildly inaccurate. At the point of this piece's publication, just 650 people had signed the petition.