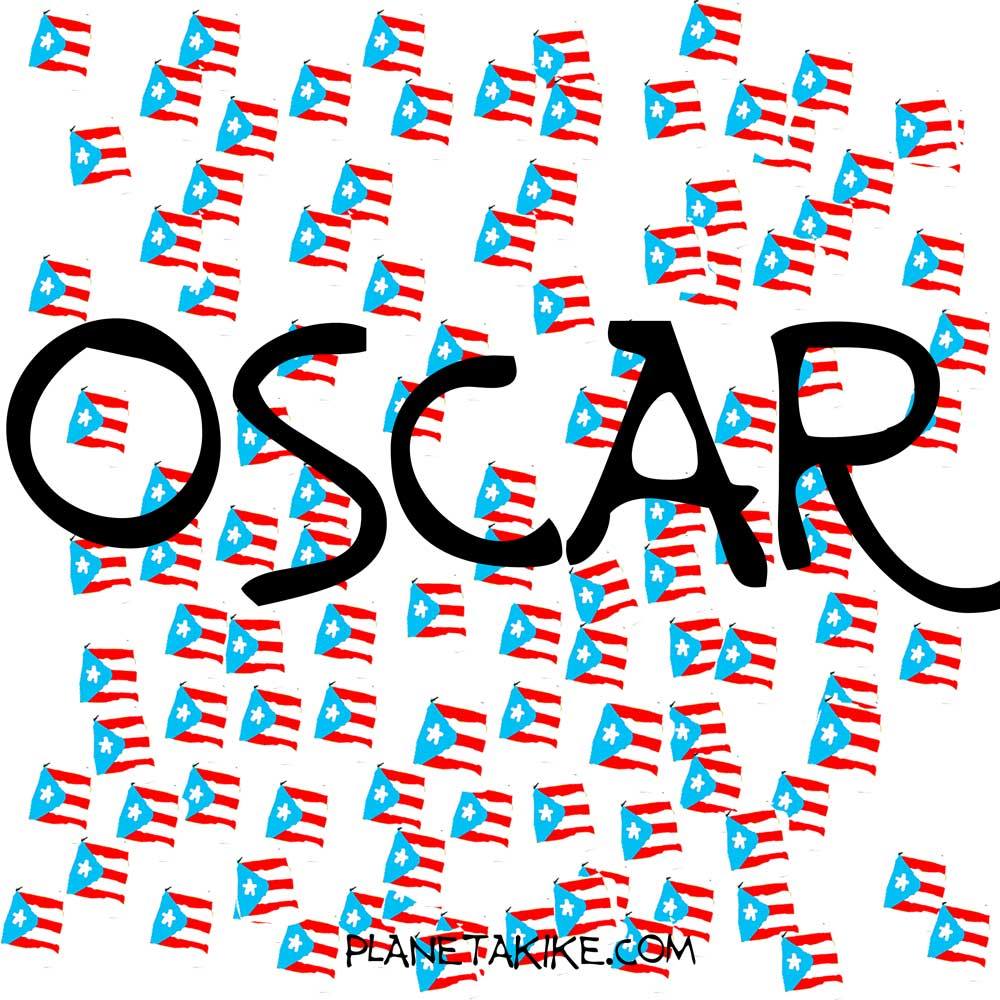 López Rivera was convicted of seditious conspiracy in 1981 and sentenced to 55 years in federal prison. He has spent 35 years incarcerated, 12 of those in solitary confinement.

José López Rivera, Oscar's brother living in Chicago, affirmed that this was a special day for Puerto Rico, which is a US territory. He expressed his amazement for all the support that his brother has received from different sectors in various parts of the world. The movement to demand the release of López Rivera attracted politicians, activists and artists of diverse political positions and backgrounds, from pro-independence supporters, like US Congressman Luis Gutierrez, and pro-statehood advocates like Puerto Rico Governor Ricardo Rosselló.

Campamento contra la Junta, a grassroots organization of activists who established a campsite outside the Federal Courthouse in the capital city of San Juan as a symbol of civil disobedience against the Fiscal Control Board that the US recently imposed on Puerto Rico, were among several groups that documented the celebrations that took place on the streets of San Juan with traditional Puerto Rican music. 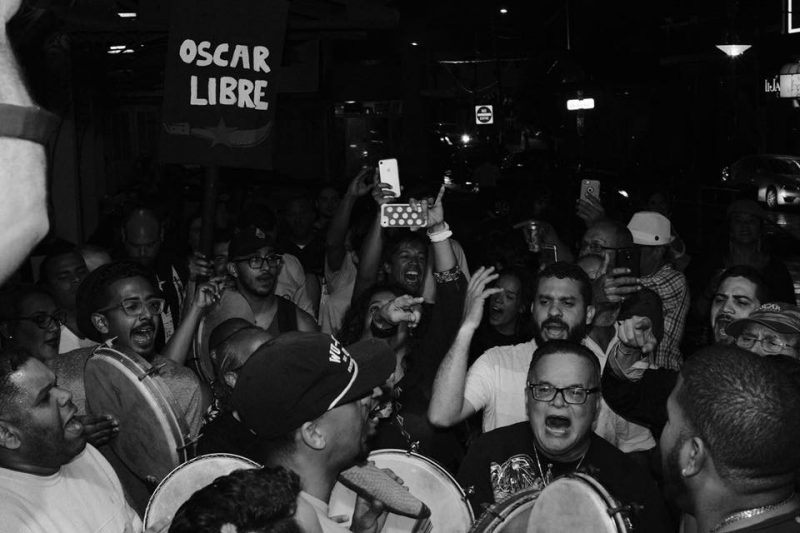 People celebrating at the Placita de Santurce in San Juan the night of the announcement by the press. Photo by Rafael A. Ortiz Mendoza. Used with permission.

López Rivera's release occurred only two days before the annual San Sebastián Street Festival, and San Juan major Carmen Yulín quickly announced that the city will be preparing a special event for his arrival in May. The San Juan major also assured that López Rivera will be given a position in the municipality as a community organizer, and that his release represents a day of justice and dignity for the people of Puerto Rico.

In the US, however, not all reactions to his sentence being commuted were positive. US conservative political commentator Glenn Beck expressed his disapproval, and several news outlets have referred to López Rivera as a “terrorist.”

López Rivera was convicted of seditious conspiracy due to his links to the Fuerzas Armadas de Liberación Nacional (FALN-Armed Forces of National Liberation), which was a group that carried out several bombings in the US in the 1970s and early 1980s to advocate Puerto Rico's independence from the US. López Rivera maintains he was never involved in any violence, and he was never directly accused of plotting the bombings.

He has also never renounced his support for Puerto Rico's independence.

Clarissa López Rivera, Oscar's daughter, responded to her father's critics, stating, “My father does not have any blood on his hands”, adding that he was awarded a Bronze Medal for his service in the US Army during the Vietnam War and that he was one of Chicago's most dearest community organizers.

Historian Jorge Nieves Rivera published in the digital magazine 80grados a brief essay on the first political prisoners in Puerto Rico under Spanish rule in the 19th century, establishing parallels between them and López Rivera. On October 1896, 27 active members of secret societies that plotted to separate Puerto Rico from Spain were arrested. The major of Cadiz in Spain ordered their imprisonment, but after a year, they were pardoned. Nieves Rivera writes:

As a history teacher, it was inevitable for me to compare and contrast these turn-of-the-century Puerto Rican political prisoners with Oscar López Rivera. There are many parallels between these two stories, with the political prisoners [from the town of] Arroyo and with Oscar López. In both cases, we see that both the Cadiz prisoners and López Rivera belonged to secret societies with separatist goals, faced the same charges and were sent to foreign prisons. On the other hand, the sentences were different. None of the prisoners from Arroyo were sentenced to more than 10 years of prison, and they did not face any charges related to seditious conspiracy, or charges related to attacking the armed forces.

Global Voices has been following Oscar López Rivera's story and the movement calling for his release for various years. Stay tuned for more details regarding his anticipated return to Puerto Rico in May.