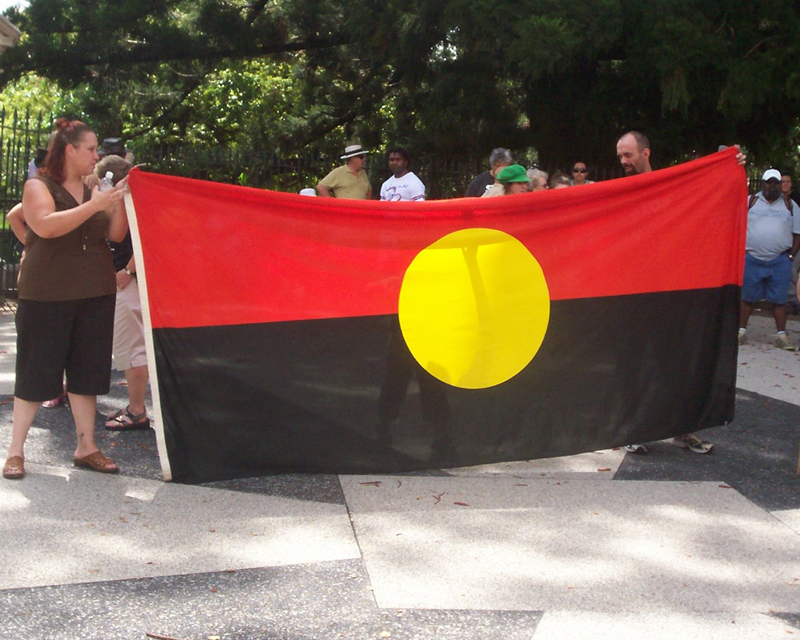 The first is by Meat and Livestock Australia (MLA) promoting lamb as the barbecue meat of choice. MLA's past ads have often been controversial. The latest is no exception. It begins with a group of indigenous Australians setting up for a barbecue on the beach. “Anyone else coming?” one asks. “A beautiful spot like this, it'll be packed before you know it,” another answers, and sure enough, they are soon joined by the Dutch, the British, the French, the Chinese and more, each arriving in a ship.

When a modern-day ship of “boat people” are spotted, one woman asks provocatively, “Aren't we all boat people?” — a clear dig at Australia's contentious asylum seeker policies. Those seeking asylum from Australia who arrive by boat without a valid visa are currently sent to offshore centres on Manus Island and Nauru, where abuse and mistreatment are allegedly common.

This is the long version:

Comments on posts at Rupert Murdoch's Daily Telegraph give the flavour of conservative reaction to issues surrounding Australia Day. Blogger Tim Blair focused on the omission of the date from the MLA ad. A common response was “I'm boycotting meat this Australia day”. Most of the 160 comments were critical of the ad.

Well said Kevin Donnelly. I am sick of being lectured to by a conga line of leftist commentators about how bad Australia, and by extension, white Australians are. This is a wonderful country whose tenets are continually under threat by noisy minorities who are hell bent on getting their way on any subject or cause they happen to believe in at the time.

The MLA ad provoked some satirical videos. Yakovich's is certainly “taking the piss”:

Australia Day itself is controversial for other reasons. Many regard it as #InvasionDay as 26 January is the anniversary of the arrival of the British ‘first’ fleet in 1788.

There are a lot of things to like about the Lamb Ad – congrats to the creators and all involved for offering a more diverse and inclusive image of what Australia is and can be.
However, it's an ad and I wonder how people would respond to the ad if it started with a more accurate portrayal of the arrival of the Tall Ships. An arrival that started with the mass massacre of Aboriginal people, an arrival that resulted in years of government enforced genocide, segregation and oppression; would the end of that ad still result result in a celebration and a bbq? Would that ad still make you want to buy lamb then?

There is a campaign to #changethedate. You can even buy beer from Sparkke Change Beverage Company that supports moving the national day:

In a separate stoush (that's an Australian term for “argument”), a billboard advertisement commissioned by the Victoria state government promoting Australia Day was removed after threats against it appeared on social media. It showed two young women wearing hijabs. A campaign to restore the ad has raised over AUD $160,000 (USD $120,000):

The billboard's detractors took issue with Muslim Australians being the face of the country's national day. Muslims, who make up about 2% of Australia's population, can be targets of discrimination or prejudice in Australia. For example, Kim Vuga, a “Stop The Boats” campaigner and founder of a political party called Love Australia or Leave, tweeted in response to the billboard:

LOOKS LIKE THE #AUSTRALIA DAY MUSLIM #BILLBOARD IS BREEDING RAPIDLY WHEN AUSTRALIA DAY IS FUNDED BY THE LOONY LEFT APPEASERS !

‘A respectful national discussion…is the only way forward’

A thorough exploration of the issues related to Australia Day is beyond the scope of one post. Chris Graham, editor of news magazine New Matilda, wrote about the Meat and Livestock Australia ad and touched on many of them from a progressive perspective. He is part of the Sparkke group. His views included:

In my kinder moments, I think there’s a lot to like about the ad. But only when I think about it purely as a piece of marketing and comedy, and ignore what the issue is really all about.

[…] A respectful national discussion about Australia Day is the only way forward.

His advice to Australians:

If you’re not sure how to feel about the ad, why not ask an Aboriginal person who they feel about it. And if you don’t know any Aboriginal people… well… that kinda should tell you something already.

Anyway, there is little doubt that there will be discussion of the ads around many Australia Day BBQs.