Azerbaijan's Last Rail Stop Before Nagorno Karabakh Is a Quiet Place, When It Isn't Getting Hit by Shells 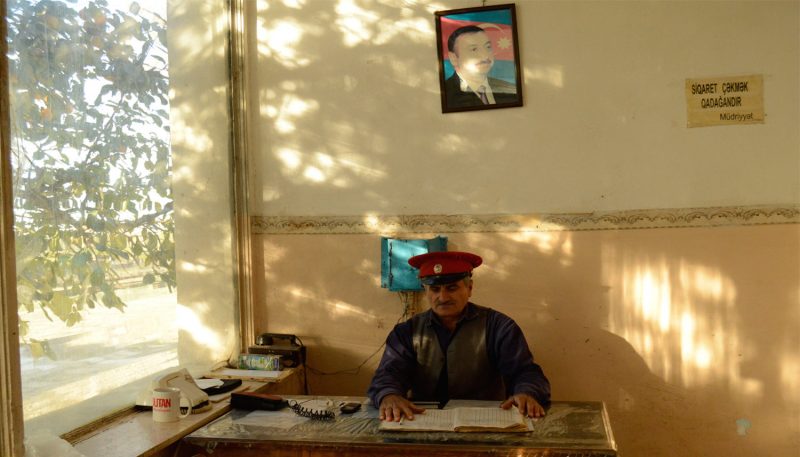 The following is a version of a partner post written by Ilkin Hasanov that first appeared on the website Chai-Khana.org.

Kocharli railway station in the Terter region of ex-Soviet Azerbaijan has been operating since 1983 and is the very last Azerbaijani station before the disputed Nagorno Karabakh region the country contests with Armenia.

Before the war between Armenians and Azerbaijanis over control of Nagorno Karabakh broke out in 1988, the railway carried passengers and cargo from the national capital, Baku, 250 kilometres away, as far as the last station in Karabakh itself, Khankendi.

After 1994, when the ceasefire agreement was signed, the last station in Azerbaijan's rail network became Kocharli station, and it was used only to carry passengers.

The station's caretaker Rafael Mammadov says that the train is not used as often as it was in Soviet times, although some passengers still use it daily. During the summer, the line ferries university students from Baku and other settlements back to their hometowns for the summer holidays.

During the most intense phase of the conflict, the station was used as a medical point and a shelter for displaced people. Until recently, IDPs from Karabakh found homes inside the freight wagons. Over three years later, they were relocated to new settlements, although many of their belongings have remained.

This rail outpost close to the line of contact between the two countries suffered damages during the so-called “Four-Day War” in April, 2016. The station had needed renovation even before a shell fell next to the building, shattering the windows and cracking the roof.

When it rains, raindrops now leak from the ceiling into the hall. Because the station is located near the line of contact, there are no gas lines. When the electricity cuts off in winter, it can get bitterly cold. 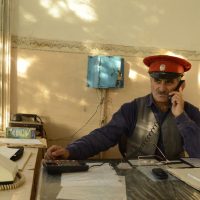 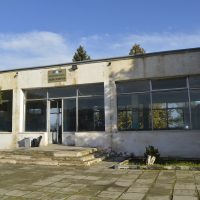 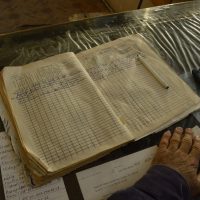 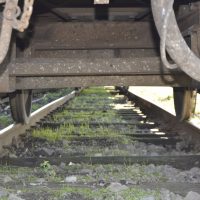 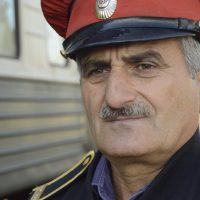 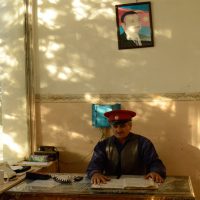