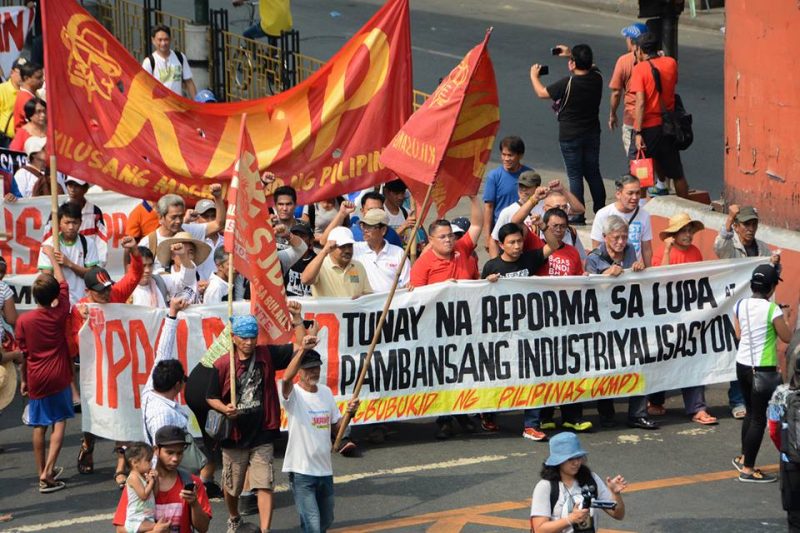 Hundreds of farmers and their supporters marched near the presidential palace to demand justice and land reform. One of the leaders in front of the rally is the government's incumbent land reform minister. Photo from the Facebook page of Agrarian Reform Secretary Rafael Mariano

In 1987, 13 protesting farmers were killed near the Philippine presidential palace. Dubbed as the ‘Mendiola Massacre’, it became a symbol of state brutality and landlord dominance in the country’s politics.

Thirty years later, hundreds of farmers and activists returned to the scene of the massacre to call for justice and to press for the implementation of a ‘genuine’ land reform program.

Farmers have lambasted the government's land reform program as bogus and pro-landlord. They wanted it replaced with a new program which would allow the free distribution of lands to small farmers. In particular, they are targeting the large plantations owned by foreign corporations and powerful political clans.

One of those who joined the commemorative march on January 20 is the current government’s land reform minister. Some say it is poetic justice because he was one of the farmers who survived the Mendiola Massacre in 1987.

Peasant groups also raised several issues during the activity such as the slave-like conditions in big plantations, the use of private armies by some landlords to displace farmers, the killing of activists and other leaders supportive of the campaign for land reform, and the backward state of Philippine agriculture. 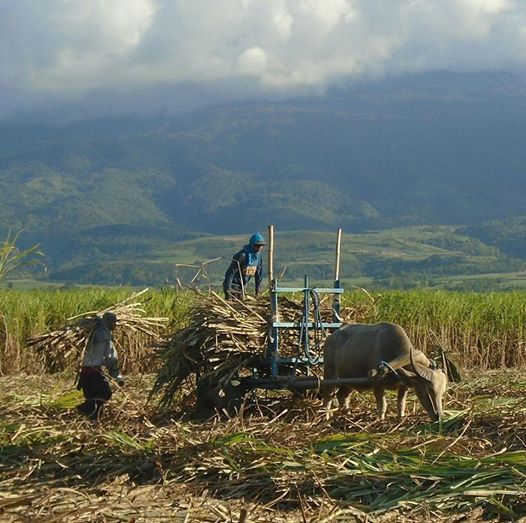 Philippine agriculture remains backward while farmers belong to the poorest sector in society. Photo from the Facebook page of the National Federation of Sugar Workers in Negros.

The groups also noted that clashes between farmers and landlords have intensified in recent years as the latter continue to evade the law mandating the distribution of vast landholdings to small farmers. 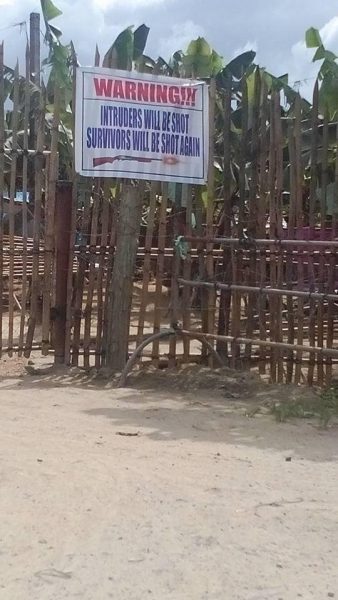 “Intruders will be shot, survivors will be shot again.” A plantation owner posted this sign to drive away tenants despite a government order awarding the land to small farmers. Photo from Unyon ng mga Manggagawa sa Agrikultura.

Some activists expressed support to the campaign of farmers by organizing a music event called ‘La La Land Reform Now!’ whose poster is inspired by the Hollywood movie ‘La La Land':

Below are some photos of the January 20 march: 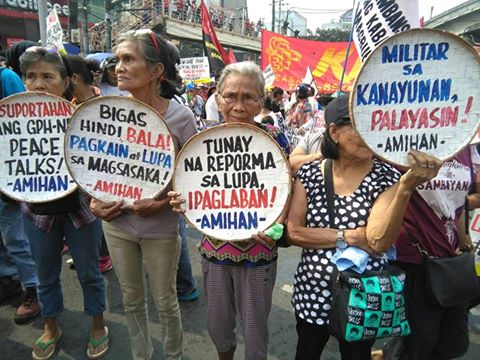 Women farmers joined the march near the presidential palace. They hold placards demanding the implementation of land reform and the cessation of violence in rural communities. Photo from the Facebook page of the Unyon ng mga Manggagawa sa Agrikultura 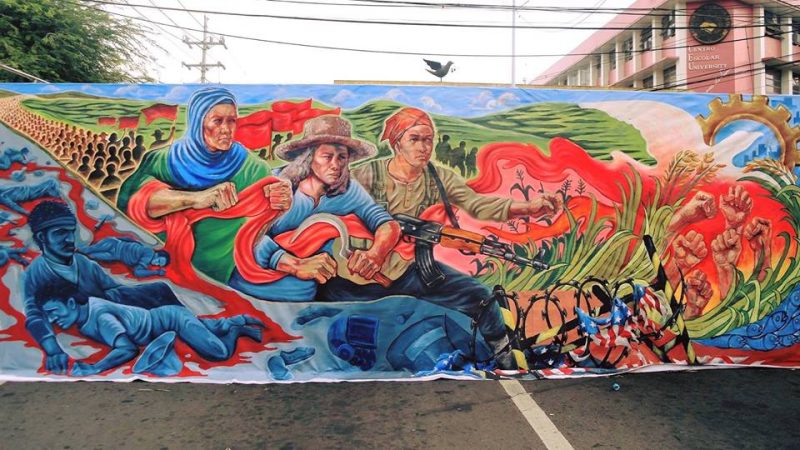 A mural depicting the struggle of Filipino farmers for land and justice. Photo from the Facebook page of Carl Philip Ong Leyson 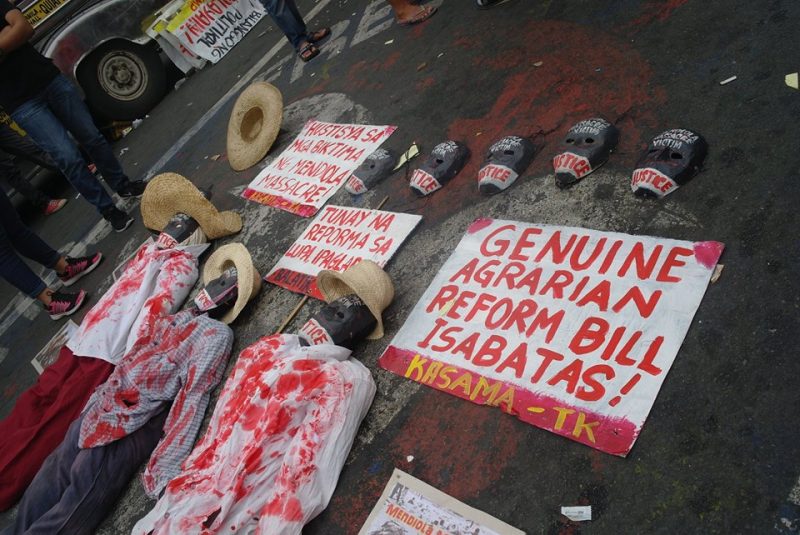 Activists commemorated the 30th anniversary of the ‘Mendiola Massacre’ by calling for the passage of a ‘genuine agrarian reform bill’. Photo from the Facebook page of Carl Philip Ong Leyson 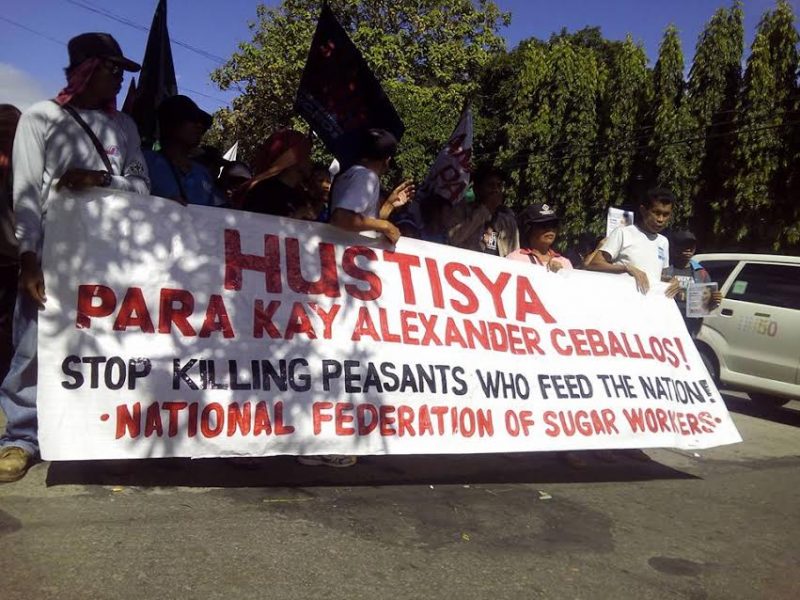