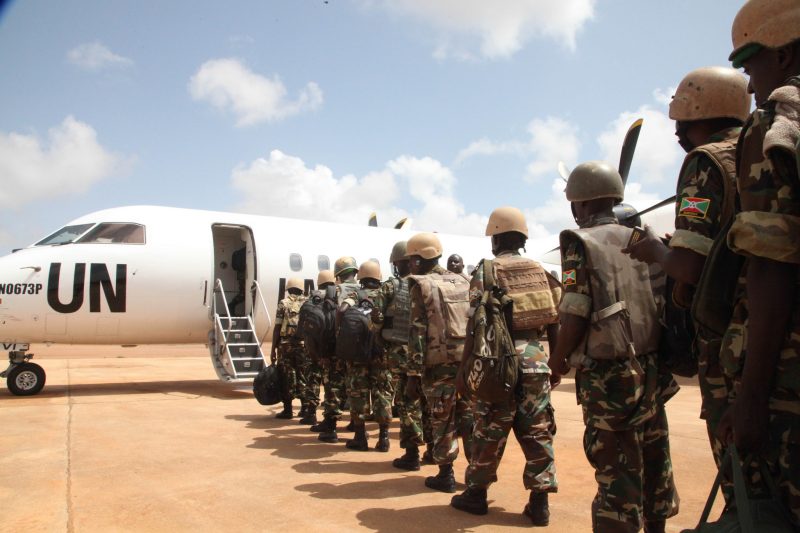 In mid-2015, the repression of protests against the president’s controversial third term led to a failed coup and armed rebellions, sparking a broad crackdown on armed rebels but also against human rights activists and members of the peaceful opposition and the media. Hundreds of people have been killed, many more detained or tortured, and 328,000 displaced. Pierre-Claver Mbonimpa, a rights activist living in Belgium since an assassination attempt in 2015, described how Burundi's violence shifted in 2016 from public slaughter to less conspicuous forms of authoritarianism, such as disappearances.

In October, after a preliminary examination into rights abuses, Bujumbura unprecedentedly announced the country's withdrawal from the International Criminal Court, followed by South Africa and The Gambia. Burundi's ambassador to The Hague said “the people” demanded it, though diaspora immediately protested the decision to leave the court, where some Burundians have submitted claims.

Pro-government protests have vocally denounced these criticisms. According to “SOS Médias Burundi” — an underground journalist collective founded after independent radio stations were forced off the airwaves in 2015 — some people were pressured to attend protests. With mass displacement and restricted media and political expression, it is difficult to measure popular support for either the government or its opponents.

In 2020 [when the next elections are scheduled] the limit of two presidential terms will disappear, leaving a form of republican-monarchy.

The government ended cooperation with the UN High Commissioner for Human Rights following a damning UN human rights report, which the state rejected as biased. Burundi's withdrawal also followed a resolution to establish a commission of inquiry, named on Nov. 22. Ministers also requested the replacement of another UN envoy, Jamal Benomar.

Officials said Western criticisms convey neo-colonialism and a hidden agenda to control Burundi’s nickel reserves. In November, the Iwacu newspaper translated, from Kirundi to French, a speech by the ruling party’s secretary-general, who called Belgium “the enemy,” stoking ethnic divisions and EU-Burundi tensions. The speech also accused Belgium of involvement in the failed coup.

Presidential Communications Counsellor Willy Nyamitwe denounced an EU “war of slander and destabilization,” and the president said all cooperation with Rwanda and Belgium could come to a halt. Frictions also arose in December, when European ambassadors missed a government meeting.

In December, Mkapa unexpectedly said opponents should no longer contest President Nkurunziza's third term, insisting that parties accused of committing acts of violence in the country's recent civil conflict must be barred from participating in the peace talks.

This undermined East African Community (EAC) talks, and CNARED leaders then rejected him as mediator. Some members still agreed to meet him, however, revealing possibly deep divisions in the opposition. If talks proceed with the participation of only the “compliant” opposition, core issues are likely to go unaddressed.

We must regret for having wasted our time listening 2 @WMkapa,a man who just called criminals.We learned ou lessons.Goodbye EAC mediation1/2

An armed clash between DRC troops and possibly Burundian troops or insurgents could strain relations.

Bujumbura has been heavily dependent on international aid, particularly supplies from Belgium and the EU. Sanctions have hit government budgets hard, triggering a standoff over payments for participation in Somalia’s AMISOM military mission.

Even diplomatically supportive states have not offered much economic assistance. While this may affect senior officials little, it could test citizens’ patience, if austerity budget shortfalls worsen hardships already exacerbated by the crisis, such as food shortages, high inflation, high unemployment, funding problems with schools and infrastructure, or new taxes. On Dec. 29, for example, Bujumbura city employees protested wage arrears.

Officials and pro-government demonstrators have accused critics of “spreading division” and destabilization. The Senate supported a counter-report to the UN report, and its president asked Belgium to not cooperate with “subversive” activists.

Bujumbura accuses Rwanda of aiding rebel attacks, often with little evidence, although leaked UN communications did previously implicate the Rwandan state in training insurgents. Relations have collapsed, with many Burundian refugees in Rwanda, trade and travel restrictions, and a reignited territorial dispute.

5. Stark reality: #Rwanda has played a big role in the destabilization of #Burundi. I gave evidences during the Oslo Conference. ? pic.twitter.com/zX9XA0Gl7h

Analyst Thierry Vircoulon argues that officials are using foreign scapegoats as a distraction from domestic economic problems and political divisions. Government crackdowns and hardline diplomacy are in the name of sovereignty and “the people”, which labels their opponents as opposing the nation.

The government has held its own talks, as an alternative to international mediation. International Crisis Group, however, has described this effort as a “sham” — particularly the regime-friendly report recommending constitutional changes that consolidate CNDD-FDD-Nkurunziza rule, including the removal of the two-term presidential limit and a reduction to the postwar peace agreement Arusha Accords’ importance. The president echoed this, evoking a possible a fourth term, which opponent Jean Minani says could be a play at ruler-for-life status.

Much international attention is elsewhere, and divisions within the UN and AU have led to inertia. The EAC theoretically has economic leverage, but neighboring governments are hesitant and preoccupied with domestic matters.

The “frozen” status quo of low-visibility political violence and economic hardship may continue indefinitely, despite the response efforts. Despite serious economic and budgetary problems, Bujumbura appears prepared to wait out the pressure, and more sanctions, along with the insurgency, may only reinforce this siege mentality.

International efforts for dialogue and compromise have been ineffective, but other options exist. Supporting the country's independent media could help improve access to reliable information. Also, deploying previously accepted rights and police observers could reduce violence and impunity.