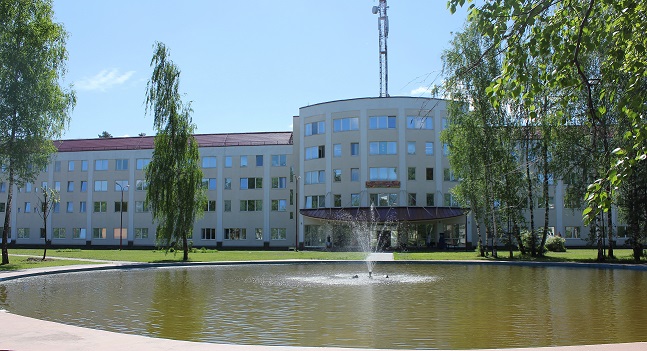 On November 8, Moscow Mayor Sergey Sobyanin signed an order into law stripping Moscow City Oncological Hospital No. 62, one of Russia's most well-regarded cancer hospitals, of its status as an autonomous institution. In the technocratic parlance of Moscow city officials, the hospital had been “optimized,” coming under the budgetary purview of the city government, and ostensibly improving the institution's efficiency.

But to many, the reclassification of Hospital No. 62 seemed less like an optimization than a step towards closure—part of a broader movement towards the privatization of the Russian health care system, which is supposed to provide free health services to the country’s 140 million citizens. Indeed, less than three weeks after Sobyanin signed the order, the hospital's chief physician resigned and doctors began wondering about their institution's future. With private hospitals replacing public hospitals around Moscow, and with remaining public hospitals becoming increasingly overburdened and underfunded, many question how long the existing system can hold out.

“Everything will be fine, except care for the sick”

Doctors at Hospital No. 62 began to question the wisdom of—and the motivation behind—the “optimization” almost immediately. Rather than cutting costs, the reorganization seemed to be increasing them, perhaps most importantly, changing how the hospital is able to procure medicine. As an autonomous institution, Hospital No. 62 could solicit tender offers from pharmaceutical companies and negotiate the price of medicine directly. Now that it has been integrated into the Moscow city budget, however, purchases must be made by Moscow’s Department of Health. 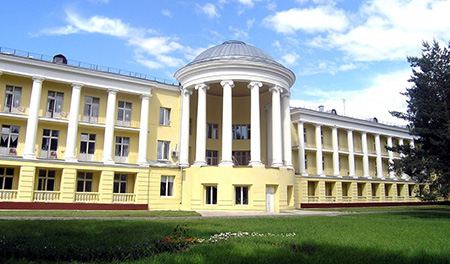 In December 8 interview entitled “Everything will be fine, except care for the sick,”Anatoly Makhson, the chief physician at Hospital No. 62, said that the reclassification had resulted in an increase in the cost of medicine by several times; the involvement of the Department of Health in the procurement process, Makhson said, had created a kind of “cartel” that could sell medicine far above market value.

After an ugly, public feud with Moscow's vice mayor for social development, Leonid Pechatnikov (who was in charge of the restructuring), Makhson, who had served as chief physician since 1990, resigned from his post on November 23. A month later, he filed appeal directly to Aleksandr Bortnikov, the head Russia’s Federal Security Service (FSB), asking that he review the Department of Health’s expenditures on medicine. According to Makhson, Hospital No. 62 used to be able to buy a single dose of Novotaks for 2,900 rubles, but the Department of Health now buys the medicine for 25,400 rubles. This extra cost, Makhson says, reduced the number of patients that his hospital could treat.

Price increases have lead to a deficit of antineoplastic drugs being prescribed by pharmacies in Moscow and as a result will lead to an increase in cancer mortality rates.

Shortly after news of Hospital No. 62's optimization was announced, Stalic Khankishiev, a celebrity chef in Russia, wrote in a lengthy post on Live Journal that the hospital had cured his pregnant daughter’s cancer and saved her life, and called for the decision to strip the hospital of its autonomy to be reversed:

“These kinds of hospitals do not need to be closed or optimized; rather, their experience needs to be reproduced…Imagine, across all of Europe there are only two laboratories who have higher ratings than the laboratory at Hospital No. 62. Is this what needs to be optimized?…Don’t these people realize that to destroy such a hospital is equivalent to building a gas chamber?

Doctors and activists soon joined in Khankishiev’s protest: Ekaterina Ananeva, whose mother was a patient at Hospital No. 62, started a Change.org petition to make the hospital autonomous again. The petition is currently 559 signatures short of its 10,000-signature goal.

As criticism swelled, Pechatnikov accused Hospital No. 62 of having bought expired drugs to keep their costs low—an accusation that Moscow Mayor Sergey Sobyanin joined his deputy in levying. Further, Pechatnikov argued that the rise in the cost of medicine was also the result of a directive from the Ministry of the Economy that had changed purchasing regulations.

Despite Makhson’s complaints and Khankishiev’s advocacy, however, the hospital may be heading towards closure, according to Semen Galperin, a neurologist who used to work at Hospital No. 11, an oncological facility in Moscow that was shut down in 2014. In a January 19 interview with Sobesednik.ru, Galperin argued that the closure of Hospital No. 62 would further diminish the city’s public health care system and create market space for expensive private hospitals, including the European Medical Center (EMC), which is located not far from Hospital No. 62.

…Hospital No. 62. is a direct competitor of the EMC: who is going to pay for treatment if it's possible to get good care for free? I'm not sure that you'll find doctors of the caliber of Daniil Lvovich Stroyakovsky [a chemotherapist at Hospital No. 62] anywhere else. The situation is very similar to that of Hospital No. 63. It also neighbored the EMC and, in the name of optimization, was closed in 2012. All of our health care reforms are headed in one direction: the privatization of state health care.