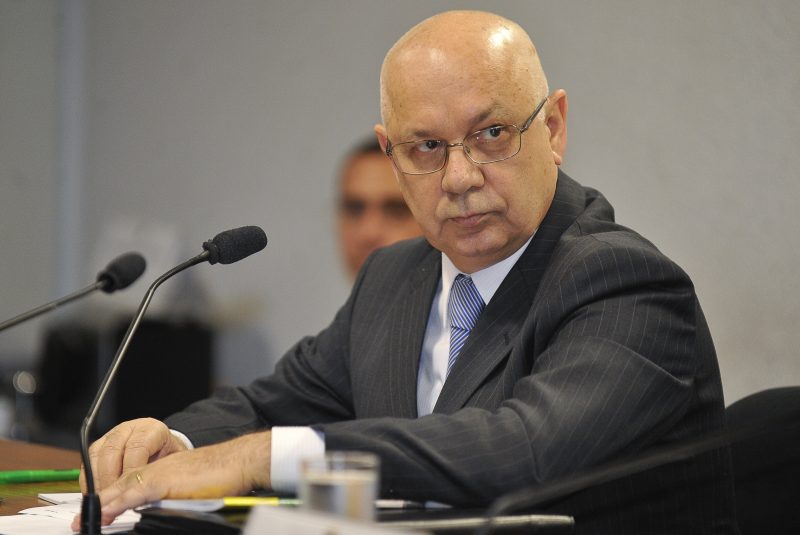 The Brazilian Supreme Court justice who was presiding over “Operation Carwash,” a massive corruption probe that has helped jail dozens of business executives and politicians, died in a plane crash on Thursday, leaving Brazilians worrying about the future of the operation, as many fear the crash may not have been an accident.

Despite a lack of evidence suggesting any foul play, many Brazilians have promoted elaborate and largely unsubstantiated theories about Justice Teori Zavascki's, 68, untimely death.

The plane carrying Zavascki crashed into the sea at about 1:45 p.m. as it approached the airport of Paraty, a popular tourist destination, 250 kilometers south of Rio de Janeiro. Four other passengers were also killed: a businessman and friend of Zavascki whose company owned the plane, the pilot, a physiotherapist, and her mother.

Many Brazilians are expressing concerns that the death of Justice Zavascki might derail Operation Carwash. Mr. Zavascki had been the official responsible for deciding when to bring charges against sitting politicians, who can only be tried in the Supreme Court under Brazilian law.

Zavascki recently interrupted his vacation to review the plea bargains of 77 executives at Odebrecht, Brazil's largest construction company and one of the main players in a graft scheme that paid millions of dollars in bribes to managers of the state oil firm Petrobrás in exchange for lucrative contracts.

The plea bargains have explosive potential, as they might implicate a whole new slew of high-level politicians, including even the country's president, Michel Temer.

In a possible conflict of interest, the Regiment of the Supreme Court allows President Temer to name Zavascki's successor, who would automatically take over all his cases. Just yesterday, however, President Temer has said he will only appoint a successor after the Court reassigns the proceedings of Operation Carwash to a sitting justice.

The former justice had planned to validate the plea bargains by February, but his death will likely delay this.

Teori's funeral will be the largest gathering of relieved and silently happy politicians in the history of Brazil.

The high stakes position of Justice Zavascki, along with the timing of his death, raised alarms across social media in both left- and right-wing bubbles, as politicians from the entire political spectrum have been implicated in the operation since it began in early 2014. As a result, there has been an explosion of conspiracy theories outside the mainstream professional news media.

In a country dominated by gangsters, there is no “conspiracy theory” when it's about assassination of politicians and judges that get in the way.

On WhatsApp, all sorts of rumors circulated. One theory claimed that Zavascki was carrying sensitive documents that now would be lost forever. Others accused an army general connected to Brazil's former president, Luiz Inácio Lula da Silva, of being behind the sabotage. These theories and others appeared on the Facebook group E-farsas, which is dedicated to crowdsourcing the verification of Internet news and social media rumors.

Perhaps the strangest rumor surfaced on the website JetPhotos.net, a website for aviation aficionados that has an extensive database of aircrafts from around the world.

Curiously, a photo of aircraft that crashed last week — a Beechcraft C90GT King Air, prefix PR-SOM — saw a spike in Internet traffic on Jan. 3, with 1,885 clicks. This contrasts sharply with the previous 30 days, when the same photo was viewed only a handful of times. The first observer to notice this was Claudio Tognolli, a reporter with the Brazilian service of Yahoo. 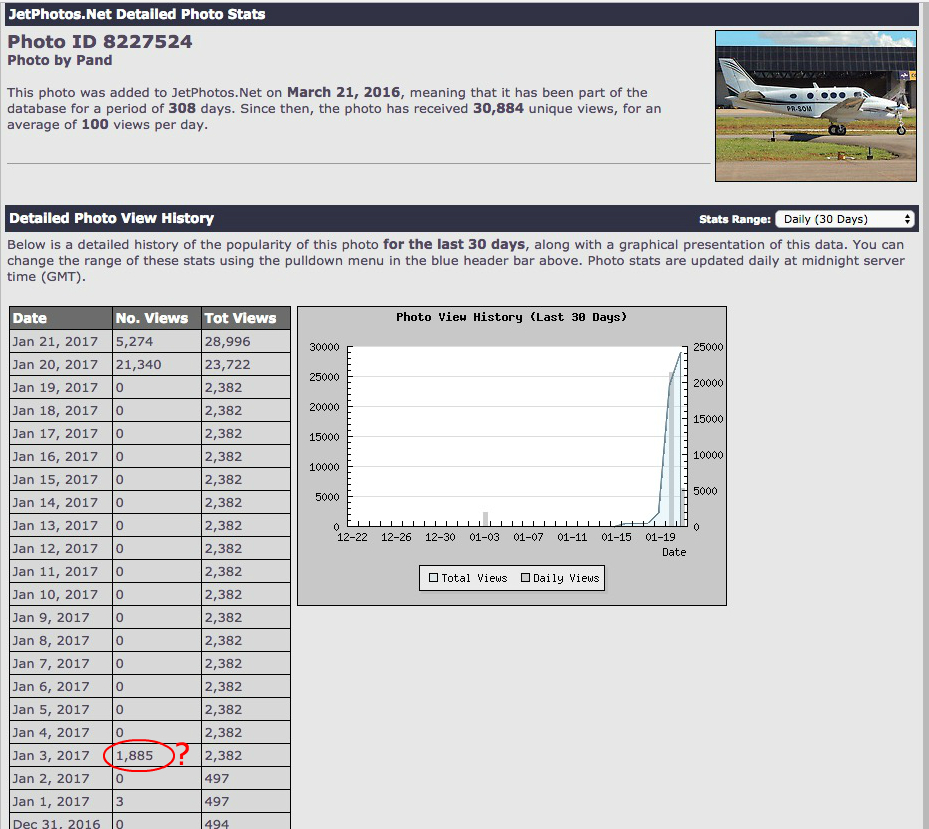 A strange number spike in views of the logbook of jephotos.net has triggered the theory that the plane was being monitored at least two weeks before the crash. Photo: Screenshot / jetphotos.net

Addressing the rumor, Brazilian YouTuber Lito, who runs a popular channel dedicated to aviation, said that there could be a bug in the logbook of Jetphotos, and as evidence shows that the logbook counts no views at all on the day of the accident, Jan. 19, while there were 21,340 and 5,274 views over the next two days, respectively.

These bizarre reports spread fast on obscure websites — especially sites that cater to Brazil's right-wing alternative media. The Monitor of Political Debate, a project that tracks the most shared political news on Facebook, showed that that four out of the six most-shared articles on Facebook over the two days after the attack originated on right-wing alternative blogs famous for spreading questionable, unverified information.

Meanwhile, the mainstream press has downplayed the veracity of such conspiracy theories, refusing to report even the widely circulated rumor about JetPhotos. On Facebook, professor Pablo Ortellado described this lack of engagement from the mainstream press as misguided.

The mainstream press, out of “responsibility,” doesn't mention the hypothesis of the plane being sabotaged without concrete evidence. It treats the subject as if the possibility couldn't be discussed seriously, dismissing the preoccupation of the entire country. Meanwhile, access to the bad press spikes, since it's the only one that is discussing what everyone is worrying about. This attitude is purely arrogant. The press supposes it retains the social truth and, if it didn't report on it, it doesn't exist. But if this has ever been true, surely it isn't anymore. […] The fault isn't just of Facebook's algorithm and polarization. The press needs to attend, without arrogance, the preoccupations of common people. It's about time the good press discussed the possibility of sabotage on the plane, even if it's to say that it's an unlikely hypothesis and without much support from evidence.

So far, the only “non-speculative evidence” is the report of one eyewitness to the crash: a boatman from Paraty, who says he saw smoke coming from the wing of the plane as it fell from the sky.

But in a interview in El País, an expert on plane-crash investigations in Brazil said amateur observers are likely to see smoke by mistake in the airflow triggered by a plane as it flies through a raincloud. He also highlighted the lack of infrastructure at Paraty airport, which is virtually limited to a runway, as well as the weather conditions at the time of the attempted landing, concluding that the possibility of sabotage is low, though it shouldn't be dismissed outright.

Brazilian federal police say they will conduct a full investigation of the accident, including an analysis of the plane's black boxes, which were retrieved from the ocean by the Brazilian Air Force.