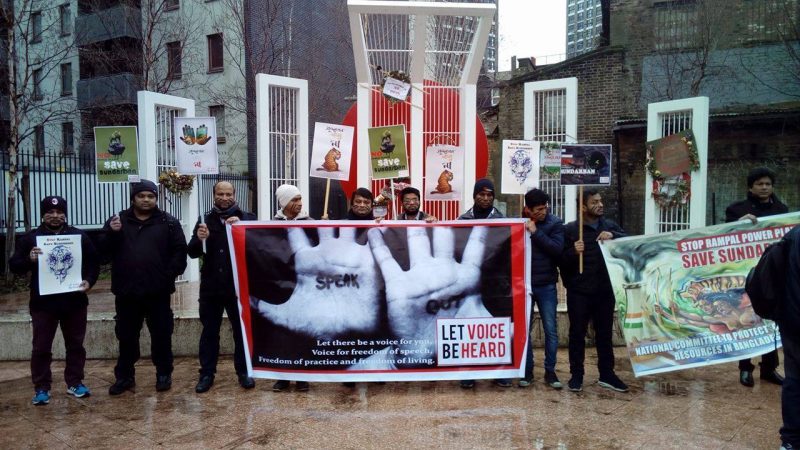 This article is based on a piece written by Jenny Zapata López for 350.org, an organisation building a global climate movement, and is republished on Global Voices as part of a content-sharing agreement.

A recent global day of protest united voices from across the world calling for the preservation of the Sundarbans, a region spanning southern Bangladesh and into India that's home to the world’s largest single tract of mangrove forest as well as endangered species like the Royal Bengal tiger and the Irrawaddy dolphin.

Organizers estimate that up to 4,000 people showed their solidarity with the five-year-long popular resistance movement opposing the construction of the Rampal power plant in Bangladesh. 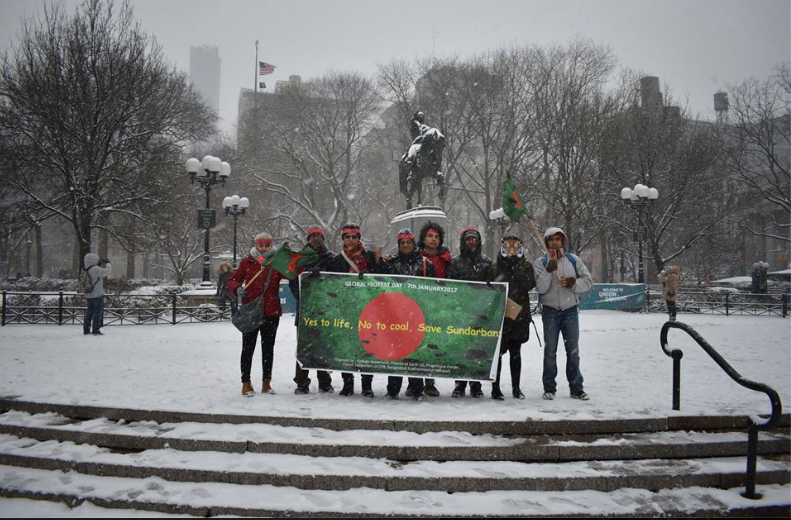 The Sundarbans is listed as a World Heritage site by UNESCO due to its outstanding biodiversity, and designated a Ramsar wetland because of the global importance of its freshwater ecosystems. Nearby, a 1320 MW coal-fired power plant is planned by the Indian government’s National Thermal Power Company and Bangladesh’s power development board, through a venture called the Bangladesh-India Friendship Power Company Limited (BIFPCL).

According to a Bangladeshi organization, the National Committee to Protect Oil, Gas, Mineral Resources, Power and Ports, the plant would not only put the livelihoods of at least 3.5 million people at risk, but also make around 50 million coastal people vulnerable to natural disasters as the Sundarbans represent a natural safeguard against frequent cyclones, storms and other natural disasters in the country. 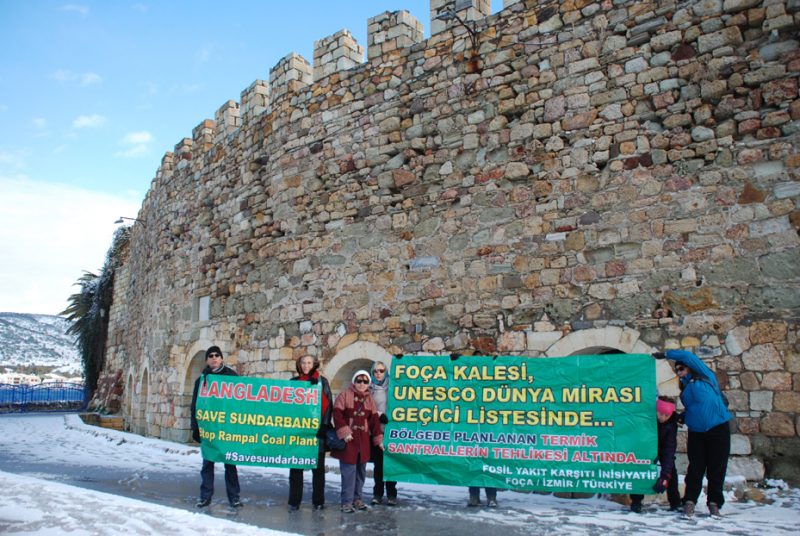 Supporters from Turkey standing in front of a World Heritage site in Izmir to show their solidarity with the Global Day of Protest. Photo: 350.org Turkey

People took to the streets in Dhaka, The Hague, London, Berlin, Paris, Gwangju, Hordaland, Turku, Kolkata, New York, Melbourne and more in response to the call made last November, during a grand rally that took place in Dhaka, where 15,000 people gathered after days of marching from different parts of the country to the capital.

The proposed Rampal plant will be located 14 kilometers away from the extreme boundary of the Sundarbans and 70 kilometers away from the World Heritage site. Its operation will burn around 4.75 million tonnes of coal annually, in turn releasing an estimated 7.9 million tons of carbon dioxide into the atmosphere each year. It will depend on imported coal, transported by boat through narrow waterways, adding the risk of oil and coal spills, as well as noise pollution to the Poshur river. In order to cool down its turbines, the plant will extract 9,150 cubic meters of water per hour from the river and release back 5,150 cubic meters of water, which its critics say will pollute and alter the balance of the water on which the mangroves depend.

Despite opposition to the Rampal plant, a recent recommendation from UNESCO to scrap and relocate the project, and dissent expressed even by Bangladesh government officials, access and commercial infrastructure for the Rampal plant is being developed.

Bangladesh's prime minister, for her part, maintains that the government wouldn't have greenlighted the project if “there is a possibility of any type of damage” to the environment. And a leading Bangladeshi ecologist, Dr. Ansarul Karim, has argued the Sundarbans face much more of a threat from industrial development at Mongla Port, which is physically closer to the forest areas and also connected to them via waterways, than from the proposed plant. 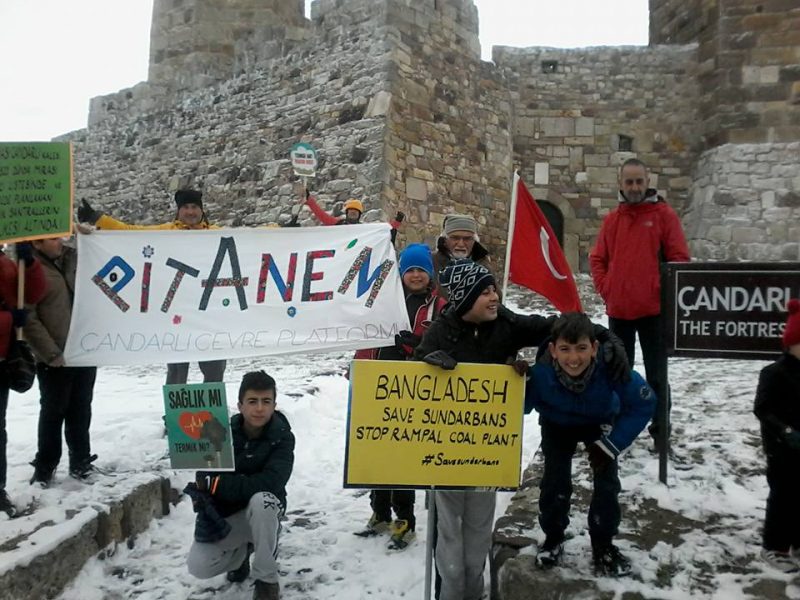 Meanwhile, civil society organizations continue to call on the Bangladesh government to cancel the coal-powered Rampal plant and continue developing the country’s leadership in solar energy generation. While Bangladesh faces a challenging energy supply scenario, with currently only 74% of the country's population connected to the national grid, the country also holds the fastest growing solar home system in the world, with 60,000 units being installed per month.

A short video from the demonstration in Dhaka is available on Facebook. More images from the global day of protest are available in this gallery.