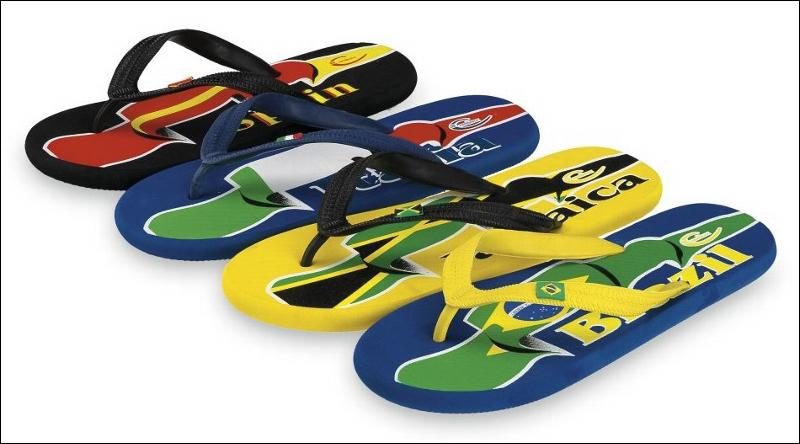 The use of Flags in wearables or accessories like flip fops or doormats is allowed in many countries. Image form Flickr by Antonangelo De Martini. CC BY-SA 2.0

Indian politicians have a deep affection for historical personalities and symbols of national importance — flags, national anthems, and historical texts. So, when Amazon Canada was found selling Indian flag doormats and Mahatma Gandhi flip-flops, many right-wing Indians took to social media to express their ire.

Then, Indian politicians joined the fray, threatening Amazon with dire consequences, sparking a debate about the wisdom of allowing social media outrage to influence governance.

It started with India's External Affairs Minister Sushma Swaraj, also known for her usage of Twitter to help stranded Indians abroad or coordinate difficult rescue missions in Yemen and Afghanistan, lost her cool after a Twitter user pointed out Amazon's doormats with Indian flags.

In a public tweet she instructed the Indian High Commission in Canada to deal with the issue:

Indian High Commission in Canada : This is unacceptable. Please take this up with Amazon at the highest level. https://t.co/L4yI3gLk3h

She went a step further and asked Amazon Canada to remove the items or face legal consequences including stripping of visas for the company's employees.

Amazon must tender unconditional apology. They must withdraw all products insulting our national flag immediately. /1

If this is not done forthwith, we will not grant Indian Visa to any Amazon official. We will also rescind the Visas issued earlier.

There does exist a law that ensures Indian national symbols are not desecrated:

The Prevention of Insults to National Honour Act, 1971 is an Act of the Parliament of India which prohibits desecration of or insult to the country's national symbols, including the National Flag, The Constitution, Indian map and the National Anthem.

But it is, of course, an Indian law, not a Canadian one. The items were being sold by third party vendors, not Amazon itself, but the company nevertheless removed the items and Amazon India Vice President Amit Agarwal wrote to Sushma Swaraj:

Amazon India is committed to respecting Indian laws and customs. To the extent that these items offered by a third-party seller in Canada offended Indian sensibilities, Amazon regrets the same. At no time did we intend or mean to offend Indian sentiments.

Meanwhile, users started to point out that other symbols sensitive to India continued to be for sale on Amazon:

Disgusting after the Tricolour, now father of the nation on flip-flops @ Amazon. #RejectAmazon #AmazonInsultsMahatmahttps://t.co/D0sgN458Nf

Amazon,better behave. Desist from being flippant about Indian symbols & icons. Indifference will be at your own peril.

And then offered some context:

Comment on amazon was as a citizen of India as I felt strongly about it. Nothing more should be read into it.

People, however, were disappointed in his response:

@DasShaktikanta disappointed. Even bureaucrats are matching up the politicians

@DasShaktikanta You are a senior bureaucrat, not some street level thug. Behave your designation, if not your age, sir. Shame!

So @DasShaktikanta it's OK for @Flipkart to sell potentially insulting goods featuring US flag? Should @realDonaldTrump cancel their visas? pic.twitter.com/kWNCjBeZkl

Flipkart is a homegrown e-commerce service. In mid-2016, Amazon had vowed to invest more than $5 billion in India to compete with Flipkart and Snapdeal, another Indian company, for a bigger share of the country's constantly growing e-commerce market.

‘Should have been ignored or handled discreetly’

On social media, reactions were polarized. Some supported Sushma Swaraj, while others highlighted the nuances of the case:

What's wrong if @SushmaSwaraj forced @amazon to withdraw the offending Indian Flag doormats ? Sorry, I am not liberal enough to understand.

Indian writer and journalist Sadanand Dhume told online news portal Quartz that there was a danger in politicians acting based on social media outrage:

There’s always the danger that an overenthusiastic official playing to the peanut gallery will end up projecting India in an unflattering and unhelpful way. It’s awfully easy to do stupid things on Twitter.

This case illustrates the perils of playing to the social media gallery in diplomacy. It should have been ignored or handled discreetly.

Social media is a great medium to get one’s message across. But social media should not be allowed to become the message itself. Especially for a matter as urgent as governing the world’s second-largest country.

The problem is, as the recent Amazon showdown demonstrated, Twitter is becoming a place of governance rather than just a medium of communication.

Perhaps governance via social media wouldn't be such a bad thing, if only politicians spent more time on serious issues plaguing the society rather than threatening conglomerates over a pair a flipflops.