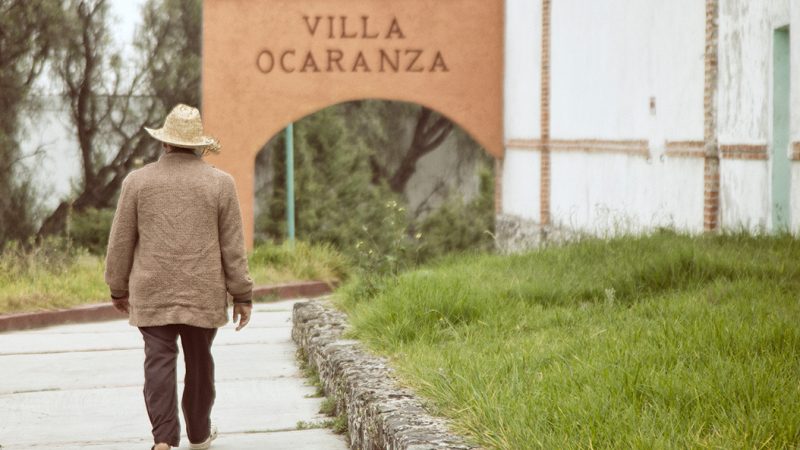 Below is an edited and updated version of a piece originally published [2] in the online magazine Yaconi.

What happens when we think of a psychiatric hospital? We probably imagine white walls, rooms guarded from the outside with safety locks, buildings covered with small, mesh-lined windows and poorly treated residents in straitjackets with their arms bound, just like in horror films — or in real-life mental asylums of Mexico.

In order to stamp out harmful environments like this, Mexico implemented a new method of patient care in 2000, one that envisioned the creation of a different type of treatment center and emphasized that patients have the right to receive quality, comprehensive medical and psychiatric care, as well as preventative care, hospitalization and adequate rehabilitation. In theory, the Hidalgo Model for Mental Health Care [3] strives for patients to feel as though they were at home and helps them to work on doing certain activities by themselves, like brushing their teeth or learning crafts. The Villa Ocaranza Psychiatric Hospital, located in Hidalgo, Mexico, was the first to implement it, with the promise of bringing a better quality of life to its patients.

Ten years later, between 2011 and 2012, the Mexican National Human Rights Commission (CNDH) visited 41 psychiatric hospitals [4] throughout the country to see patients’ living conditions in each of the facilities. What they found was deplorable: the unjustified use of electric shocks, isolation, poor nutrition, insufficient personnel, and torture of patients. The Villa Ocaranza hospital was one of the locations singled out for violations of patients’ rights, including the failure of staff to treat them humanely and with dignity. One employee even committed aggravated statutory rape against a patient, as described in the Special Report [5] submitted by the CNDH in 2013.

At the end of 2014, I wrote a piece for the news site Yaconic [2], which depicted the uncertainty that day and night accompanied the then 109 patients of the hospital, who carried with them a heartbreaking past and a future that was even more uncertain. We're now republishing an edited and updated version on Global Voices, two years later but still very relevant.

The entrance of what had once been a ranch during the presidency of Porfirio Diaz [6] and the Mexican Revolution [7] (at the end of the 19th century and the beginning of the 20th) opens up to a courtyard that looks like it belongs in a school, with painted rooms in the style of little villas.

In the absence of the patients—men and women around 50 years old on average—the bedroom doors give the impression that they shelter the dreams and nightmares of preschool children. The colored cartoon drawings cover and decorate the entrance, as though put there by a 5-year-old.

Outside is the learning center, where residents knit, color, cut paper into shapes or make little balls of papier-mâché that they stick together with great concentration. At one of these tables, a man holds a pencil perfectly above a blank page; he has taken university-level classes, but this did not stop the schizophrenia from devouring him, something that, according to Dr. Karina Sánchez, manager of the learning center, says, “can occur due to genetics or the environment one lives in.”

At another table, they cut purple, orange and black tissue paper, preparing the decorations for the traditional Day of the Dead festival. They do this not only as a social activity, but also as something to help them situate themselves in time, says the doctor.

The 109 inhabitants of the Villa Ocaranza Hospital in Tolcayuca, Hidalgo, are full-time residents. Many of them have been admitted as children (even though this is a bad idea); others arrived alone or were abandoned. But all of them make up the last group of patients to be institutionalized in this hospital, who for better or worse will die here and hold vigils for those who precede them. And so, the hospital doesn't want to take in any more residents, though it is accepting patients. “It's not the best for the patient's health to stay hospitalized for years,” notes the psychologist.

The residents arrived without an identity or documents to prove the existence of a life before Ocaranza; they're not part of the system. They are consumed by psychiatric disorders like schizophrenia or disabilities such as severe mental retardation, although there are also patients here who require geriatric care.

Reality isn't left at the doorstep

Despite the complaints in 2011 and the report in 2013, things don't seem to be looking up for Villa Ocaranza. Human rights violations haven't been stopped. On the contrary, they've come to affect the employees themselves. In early 2016, local media such as the Quadrantín agency [8]reported that at least 30 employees, including psychologists, nurses and administrative workers, were sexually harassed at work by the director of the institution, who was dismissed months later.

The inspirational promises that the Hidalgo Model carried with it have been diminished by a series of related violations and inconsistencies. Sadly, this is not an isolated case. It is only one example of the situation that patients face in psychiatric hospitals all over Mexico. However, the transgressions committed in Villa Ocaranza exemplify the seriousness of the situation, since they were committed even after a supposed change in procedure.

With the Mexican National Human Rights Commission report, the failures of the hospitals across Mexico were made public, such as the case of a patient at the Oaxaca State Psychiatric Hospital who was put into isolation for 90 days, a banned disciplinary sanction, but one that tends to be given to patients who show violent behavior.

Statistics say that in Mexico, around 14,000 people are diagnosed with a mental illness; anxiety, low frustration tolerance, depression and schizophrenia are the most common among them, according to Mexican newspaper La Jornada [9].

Why was the Hidalgo Model launched at Villa Ocaranza?

The Villa Ocaranza Psychiatric Hospital was inaugurated the same year as the introduction of the Miguel Hidalgo Model of Mental Health Care into the country, in 2000. But this was more than a grand opening: it was a renovation of the facility, since the hospital already had a history that was no less dark than the future it would have.

In the 1960s, it was one of the hospitals that received patients from the famous Hospital General de La Castañeda, located in Mexico City, and known as “a nightmare of psychiatry,” due to the horrors that lived inside its walls: screams, torture and therapies that only fed into the patients’ trauma.

Currently, the architecture of Villa Ocaranza has seven colorful villas where the patients live, but more than 40 years ago, it was a single large building under the name of Dr. Fernando Ocaranza Psychiatric Hospital. “The nurses could not cope, and neither could the doctors nor the psychologists. In the 60s, having an elementary school diploma, a month-long first aid course certificate and the need to work were enough to become part of the nursing staff,” recalls Dr. Sánchez.

Only wreckage remains of the old building, silent save for the sudden calls of birds, with mountains of children's shoes with their shoelaces untied, the curtains torn up and a cushion in the corner, everything covered with a shroud of dust built up over years. There is also a bleak room here full of white coffins. The caskets sit one on top of the other, waiting to be occupied by the patients who are sure to die in the villas next door. Villa Ocaranza and the old building are neighbors, very similar looking, and still very connected.

In an environment where the media so often offers up good news and then picks it apart, it is not hard to begin to doubt the logic and rationality of a system that puts in place laws that in theory look good, but in reality don't make an impact. Meanwhile, the residents of Villa Ocaranza ask about their families: Where are they? When will they come to visit?