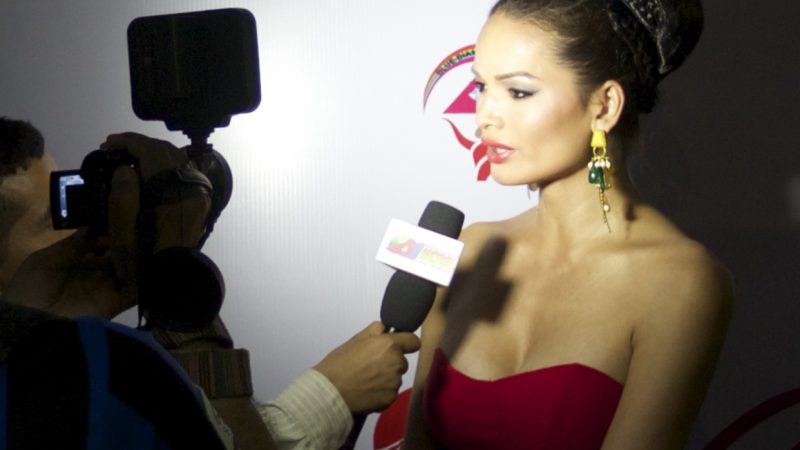 Anjali Lama [2] is blazing a trail in the fashion industry. She is slated to become the first transgender model from Nepal to walk the runways of the prestigious Lakme Fashion Week, [3] which will take place in Mumbai in February.

Proud moment for all of us! Anjali Lama, I believe that this is a great beginning for you in the fashion industry. To be selected among hundreds of girls is quite an achievement on its own, and you have done it! The path surely must not have been easy but I'm sure that this path will lead you to a bright and beautiful future that you truly deserve. Our first transgender model ❤️ Sending you love and luck from Nepal ?

Lama was born male and given the name Navin Waiba (‘Navin’ means new in Nepali). She grew up far away from the glitz and glamour of the fashion industry in a village in Nepal’s Nuwakot [6] district, not having the faintest inkling about what modelling was because of living in such a rural area.

She said she always had the feeling that she was a girl on the inside [7], and liked to do make-up and look pretty from an early age. It was only when she landed in Kathmandu for higher education that she came in contact with the Blue Diamond Society [8], an organization for lesbian, gay, bisexual and transgender (LGBT) rights, and found the real person inside her — a 20-year wait [9].

She then got into modelling, and now she's on track to make history.

10 points for inclusiveness. Contrary to what you may think, fashion remains one of the most supportive spaces, happily accepting the world's weirdos, rebels and rejects.

In 2007, Nepal’s Supreme Court entitled citizens to select their gender identity [20] based on their own feelings. Nepal’s Election Commission allows voters to identify as male or female or register themselves as a third gender. Recently, Nepal issued a special passport [21] under the transgender category (listed as “O” for “Other”) to LGBT activist Monica Shahi.

In spite of so much progress, Nepali society still views members of the LGBT community with suspicious eyes. Lama’s family and friends, for example, didn’t support her at the beginning. However, her hard work has paid off and now she is experiencing more and more acceptance.

For me, it was never a question of whether or not I was transgender. It was a question of what I'd be able to handle transitioning and having to do it in the public eye. One of the issues that was hard for me to overcome was the fear of that.

For now, the news of Lama walking in Lakme Fashion Week has gone viral, particularly in Indian media.

Transgender model Anjali Lama who carved a niche in the Nepalese modelling has gone viral in Indian media.