Website That Published ‘Yanukovych Blog’ Says It Was Fake 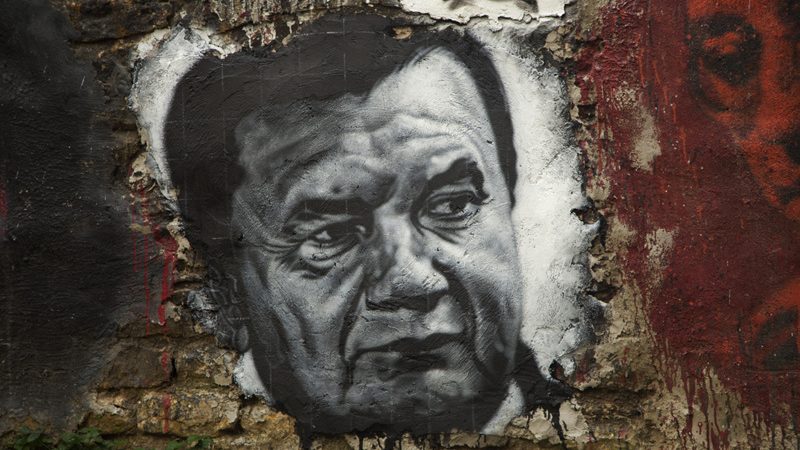 Little more than two weeks after first appearing on the news website Korrespondent, a blog purportedly written by former Ukrainian President Viktor Yanukovych has been deleted by the publication's editors.

Maxim Minin, the editor-in-chief of Korrespondent.net, told RuNet Echo in an e-mail that the site's editors decided to delete the blog because its author provided no evidence verifying their identity. “He was never in direct contact with the editors to confirm his identity. Therefore, we considered the blog to be fake.”

Minin added that had the blog been real, Korrespondent would not have hesitated to publish it, as long as the author's posts did not violate Ukrainian law. Korrespondent's editors do not review public blogs before they are published, but chose to investigate the authenticity of the blog published in Yanukovych's name because of the publicity it generated.

A blog entitled “Ilya Ponomarev—a Roguish Guy” was first published on Korrespondent.net on December 29, 2016 under the authorship of Viktor Yanukovych, a “statesman and politician, twice prime minister and president of Ukraine.” The article accused Ponomarev, a Russian politician who was the sole parliamentarian to vote against Russia's annexation of Crimea in March 2014 and now lives in exile in Kyiv, of being a CIA agent.

A subsequent series of four blogs asked “Who Drowned EuroMaidan in Blood?” and accused journalists-turned-parliamentarians Mustafa Nayyem and Sergii Leshchenko of plotting the EuroMaidan Revolution, which toppled Yanukovych in February 2014. The final post, dated January 7, was entitled “What Happened on Maidan on December 11, 2013. Victoria Nuland. Bread and Cookies,” referring to the U.S. State Department's Assistant Secretary of State for European and Eurasian Affairs, who has been criticized for handing out food to protesters during the EuroMaidan Revolution.

After being ousted in February 2014, Yanukovych fled to Russia, with help from Moscow. Over the past three years, he has occasionally given press conferences in the city of Rostov-on-Don in southwestern Russia, but has otherwise been politically inactive—at least publicly.