Lebanon’s Seaside Dump Threatens Not Only the Environment, But Also Airplanes 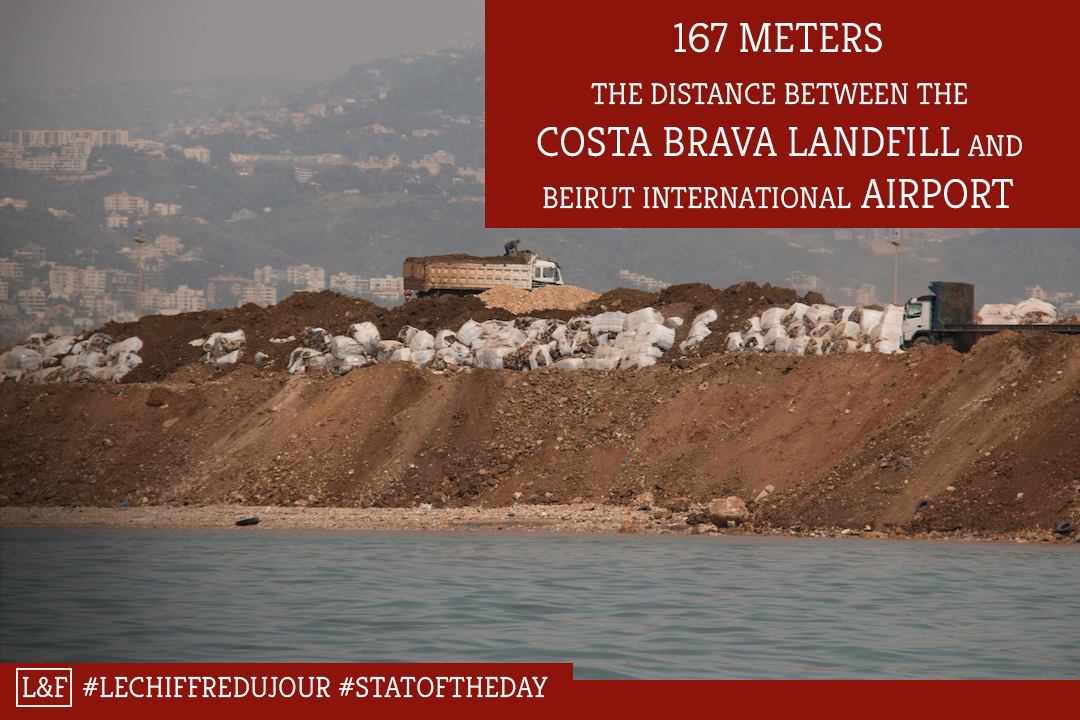 The threat of bird strikes in and around Beirut International Airport, Lebanon's only international airport, is not recent. It’s an issue that has been raised time and time again by the media, environmentalists, and concerned citizens since the Costa Brava landfill was built next to the airport as one of two landfills serving the nation’s seemingly incessant waste crisis.

But in the past few days there has been renewed anxiety over the situation after recent reports showed the situation was worsening. In one video report by the Lebanese Broadcasting Corporation (LBC), seagulls can be seen hovering in larger numbers than previously documented over both Beirut International Airport and the landfill.

The news led many to ask international airlines and even the International Air Transport Association (IATA) if measures are being taken to prevent a catastrophe:

What measures have been taken by @IATA to prevent a real bloody catastrophe from happening in #Beirut Airport, #Lebanon?@iata2presspic.twitter.com/YvoXmMlCC5

In response, Mount Lebanon Judge of Urgent Matters Hassan Hamdan ordered the temporary closure of the Costa Brava landfill. The decision came after sources confirmed several aircraft had encountered seagulls on the runways of Beirut International Airport during landing and takeoff.

The birds are attracted by the organic waste found at the landfill and possibly the polluted Ghadir River nearby, both of which offer sources of food. Sonic repellers, installed by authorities to ward them off, are no longer effective as the birds have acclimated to them. 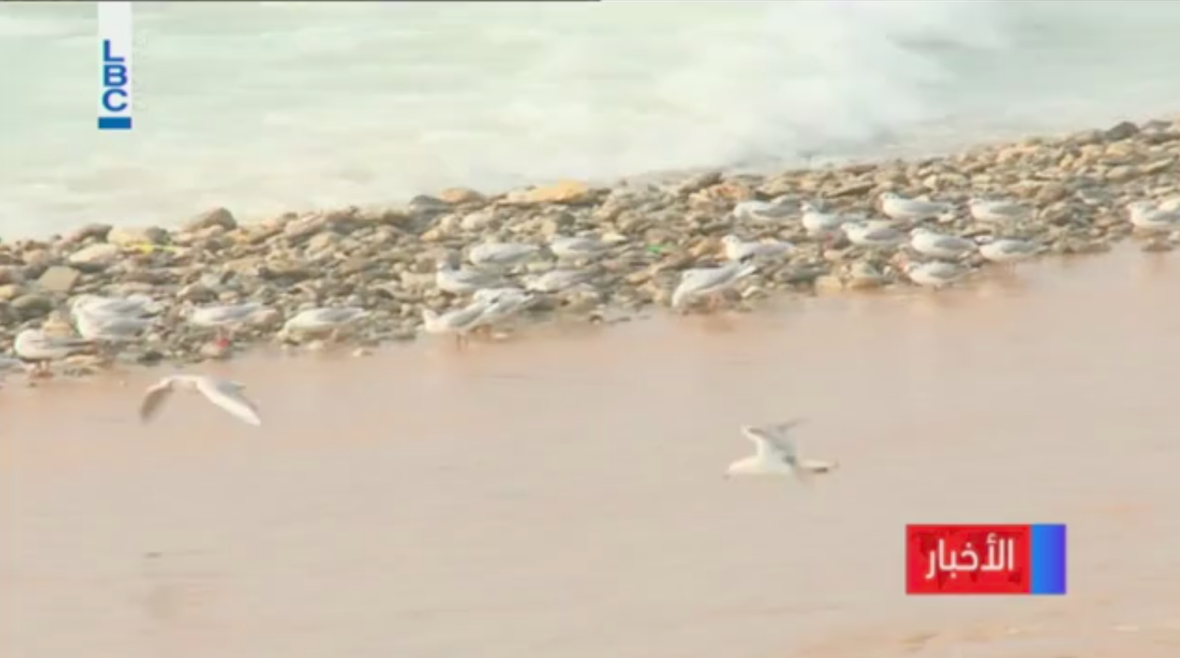 According to a judicial source, waste is still likely to be taken to said site until the judgement becomes binding, meaning trash is unlikely to accumulate on the streets over the course of the coming days.

For his part, new Environment Minister Tarek Khatib dismissed fears of another trash crisis like the one that began in 2015, which saw mountains of garbage piled up in public areas. And the Minister of Public Works Youssef Finianos told reporters on January 11 that the highly polluted Ghadir River, which pours into the sea near the dump site and might be another source of attraction to birds and other animals, will be dealt with. 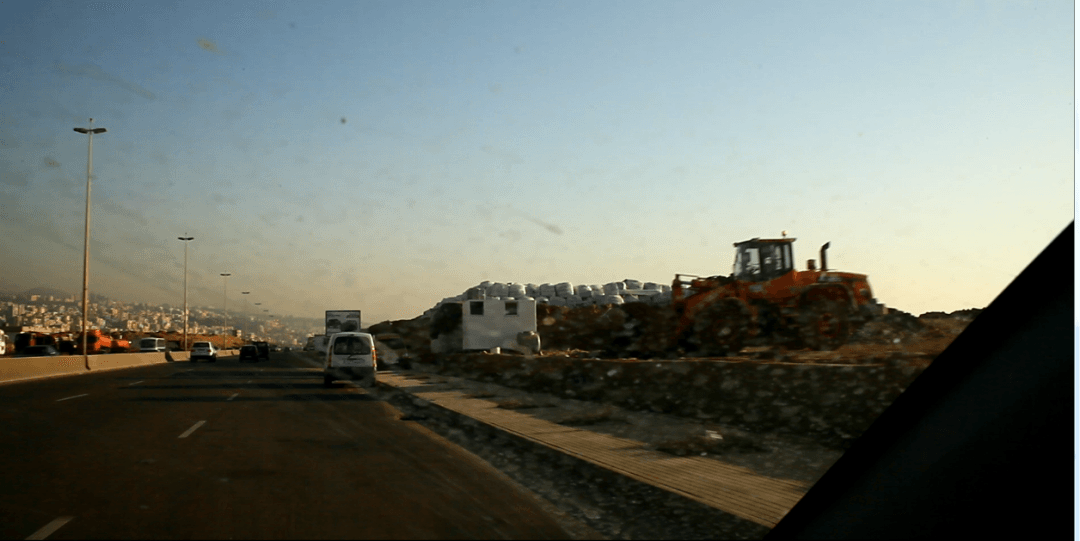 The dumpsite as seen from the road. Photo taken by Zeina Nasser and used with permission.

The danger posed by bird strikes

Although bird strikes are not a primary cause of fatal plane crashes, they pose serious safety and economic concerns. Overall, 219 people traveling by airplane have been killed worldwide as a result of bird strikes since 1988, according to Boeing. The most disastrous case occurred on October 4, 1960, when Eastern Air Lines Flight 375, flying from Boston, collided with a flock of starlings during take-off, damaging all four engines. The aircraft then crashed into Boston harbor killing 62 passengers.

Another famous case took place in 2009 in New York, popularized in the 2016 Hollywood biopic of Captain Chesley “Sully” Sullenberger. The US Airways Flight 1549 from LaGuardia to Charlotte/Douglas International Airport was forced to land in the Hudson River after colliding with a flock of geese, which caused its engine to fail. All 150 passengers and five crew members survived after the heroic water landing.

Economically speaking, damage to aircraft caused by birds is estimated at billions of dollars, leading many airports to beef up animal control measures. Seagulls account for 77% of accidents, according to the International Bird Strike Committee, and these birds constitute the majority of those near Beirut's airport. While most modern airliners are built to withstand the dangers posed by bird-strikes, airports around the world take the threat seriously and employ a number of techniques to ward them off.

On January 14, 2016, dozens of hunters were spotted shooting seagulls close to the airport. These hunters were allegedly provided with the needed cartridges and with transportation, according to activists. One hunter told LBC:

We were only provided with the cartridges. Only seagulls are being targeted since they threaten civil aviation safety.

But environmental activist groups such as the Lebanon Eco Movement think otherwise. Sharing the following photo of a dead true sparrow, they commented:

The bird slaughter did not limit itself to 17 types of seagulls but targeted anything with wings. In this photo you can see a dead true sparrow killed by criminals sent by a criminal with a grudge against the respect of life. 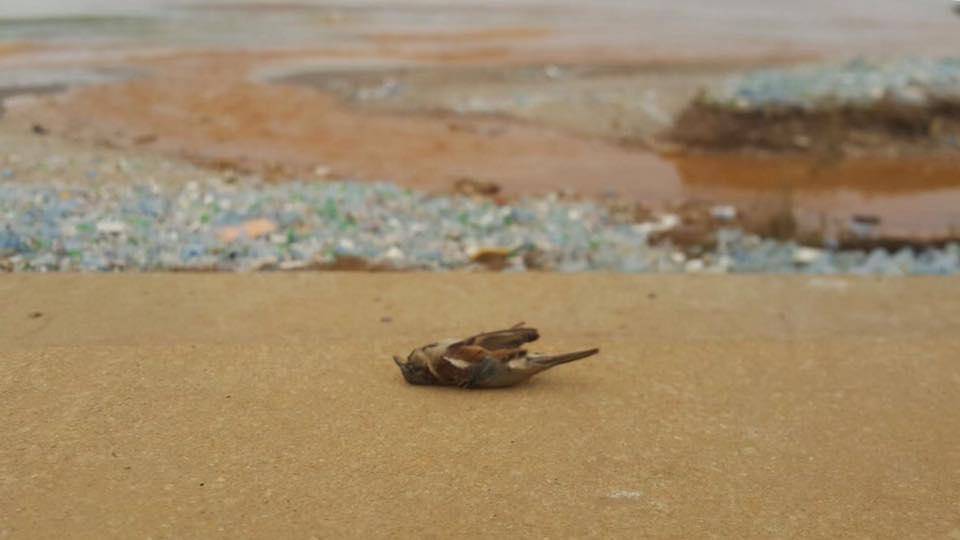 The news was condemned by activists on social media, and it caused outrage among environmentalists:

Shame on @MEAAIRLIBAN for transporting the hunters that are happily shooting down birds in the Costa Brava dump. RT please. pic.twitter.com/kHGkicEj5D

By the day’s end, hundreds of birds had been shot dead, with no official claim of responsibility on the part of Lebanese officials. Lebanon's newly appointed environment minister initially claimed he was not aware of the bird culling plan, but then asked citizens to come up with better alternatives.

A violation of international treaties?

Environmental groups accused the Lebanese government of violating international treaties with the hunt. The most notable treaty concerned is the African-Eurasian Migratory Waterbird Agreement (AEWA) of 1999, which Lebanon is a part of and which covers 254 species of birds.

According to the Lebanese Bird Conservation Coalition, several other species were killed in the spree too. They include the Common Redshank, the Common Sandpiper, the Collared Doves, the Laughing Dove, the Turtle Dove, the House Sparrow, the Little Egret, the Great Cormorant, the Sandwich Tern, the Black-Headed Gull, the Little Gull, the Mediterranean Gull and the Black-Headed Gull.

The birds will return after a while, and shooting them just won’t do … To solve this problem they must shut down the Costa Brava landfill and fix the Ghadir River problem from the root. Anything short of that just won’t do.

It is both criminal and illegal, but above all it shows how incompetent this government is … The landfill was set up to last for 4 years, and it seems they [authorities] want to keep things as they are so as to pave the way for incinerators, which will be presented to the public as the only solution to the waste problem.

I have reason to believe that they will be resorting to this immoral and illegal tactic [bird shooting] as a means to cover up their shortcomings and keep the landfill in use … This was the new government’s first test, they promised to protect the environment and they have gravely failed.