Mindless Deforestation in Jharkhand, India in the Name of Development 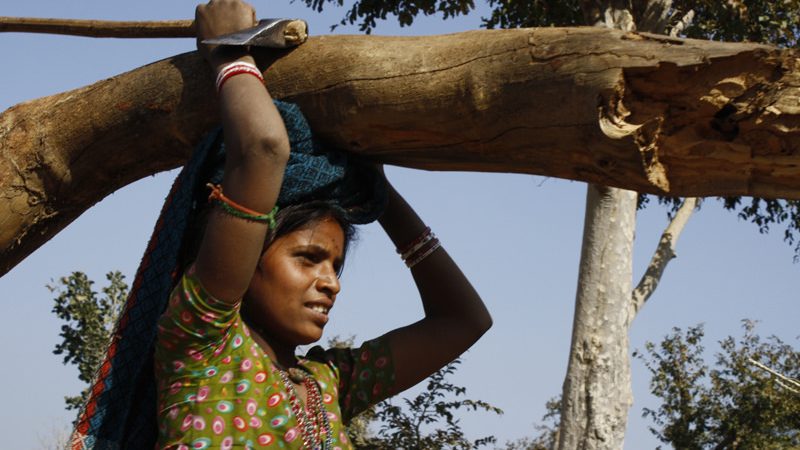 The women of the mountain villages in Rajasthan, India, carry 70 albs of wood on their heads every day for their cook fires. Image from Flickr by Engineering For Change. CC BY-SA 2.0

This post originally appeared on Video Volunteers, an award-winning international community media organization based in India. An edited version is published below as part of a content-sharing agreement.

Like in many parts of the world, deforestation is one of the major sources of environmental degradation in India. According to a recent study, India suffered a net loss of 243,447 sq. km (28%) of forests over the past eight decades. The effects of deforestation have caused irreversible damage across the country wiping out natural habitats and delicate ecosystems, triggering draughts, heatwaves and other natural calamities. Deforestation over the past few decades has caused a considerable decline in rainfall in India according to a study published in the Scientific reports.

Each year more and more forest areas in India are being converted to agricultural land to feed the growing needs of people due to the increase of local populations. Commercial logging, mining, urbanization and industrialization are the other causes of deforestation. This video story by Amita Tutti, a community correspondent for Video Volunteers, shows that thousands of trees all over the Indian state of Jharkhand, have been cut for road widening and infrastructure development projects of the State’s administration. Many more century-old trees face the same fate.

Citizens, including some civic organisations, have objected to the destruction of trees intended to pave way for roads in the area. “The trees would provide shade to the riders and pedestrians during peak summer,” says Pinki Kumari, a resident of Khunti.

While government officials have said that permission was granted for road expansion, an activist suggests that the officials sell fallen trees to the timber industry for a profit.

Residents of Khunti have requested that indigenous trees be planted and the district’s green cover conserved. Last July 800,000 citizens of the neighboring state of Uttar Pradesh planted more than 49 million trees in 24 hours in a statement against deforestation. India needs more of such efforts in order to balance out the loss of trees due to urbanization and development.