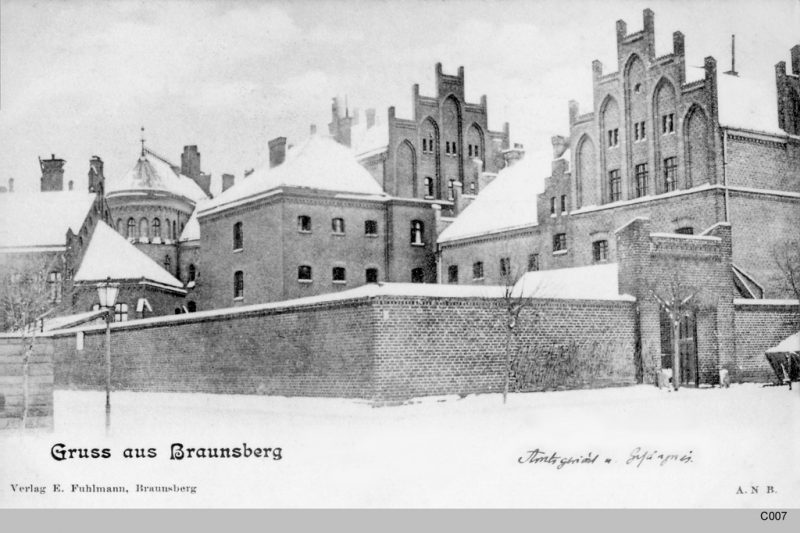 A 1945 postcard showing the prison in Braniewo, Poland. Public domain via Wikimedia Commons.

Renowned British horror writer Graham Masterton has organized a competition aimed at resocializing Polish prison inmates through creative writing. Masterton used social media to announce that a prize named “Written In Prison” will be given to the best short story entries:

“I came up with the idea after visiting Wolow maximum security prison near Wroclaw in October last year. The prisoners were all very well-read and interested in my books and in writing in general. In fact they were one of the most enthusiastic audiences I have ever had.”

The author wrote a letter to each inmate, personally encouraging them to set free their creativity and imagination and participate in his literary contest.

Invitations have gone out to all 71,000 prison inmates n Poland to enter a short story for the Graham Masterton Written In Prison Award pic.twitter.com/8LzpJHjYgv 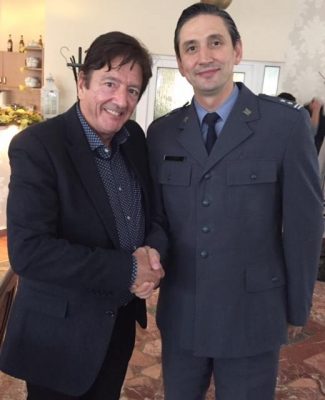 The author, Graham Masterton (left) after meeting with the Warden of Wolow, Robert Kuczera (right). Image from the author's Facebook page, used with permission.

Inmates can submit a short story about any subject they like (the contest's deadline is the end of March, 2017). The stories will be translated into English, Masterton will personally choose the best three and in June, fly to Poland to present the awards. The prizes include an engraved plaque, hampers of fruits and sweets, and books by Rebis Publishing House. If the contest is successful, the author intends to do the same in the United Kingdom and Ireland.

The popular novelist of horror and crime fiction has connections to Poland — his great-grandfather, who was Polish, emigrated to England in the 1890s to avoid being enlisted in the Russian Imperial Army.

Masterton's novel “The Manitou” (1978) was the first Western horror novel to be published in Poland since World War II. The author was so impressed by the interest the inmates at Wołów Prison showed in his books — and by the intelligence of their questions — that it occurred to him they might not only enjoy writing fiction themselves, they might also derive considerable benefit from it:

“Most people have some kind of a story to tell, but prison inmates never get the chance to express their ideas and their emotions to the outside world. By entering the Graham Masterton ‘Written In Prison’ contest, they can feel that their stories are being given attention beyond the walls of their cells.”

The response from Wołów’s warden and the Wrocław agglomeration was immediate and positive; the contest will also have the strong support of Graham’s publishers in Poznan, Rebis, and the Wrocław public library.

In an inspirational quotation, Masterton said:

“The prisoners can write about anything they like. Even though they’re locked up, I want to see them setting their imagination free.”

The reactions to Masterton's contest in the Polish press have been overwhelmingly positive.