Reviving Beirut: How an Artist Collective Is Coloring Lebanon's Capital 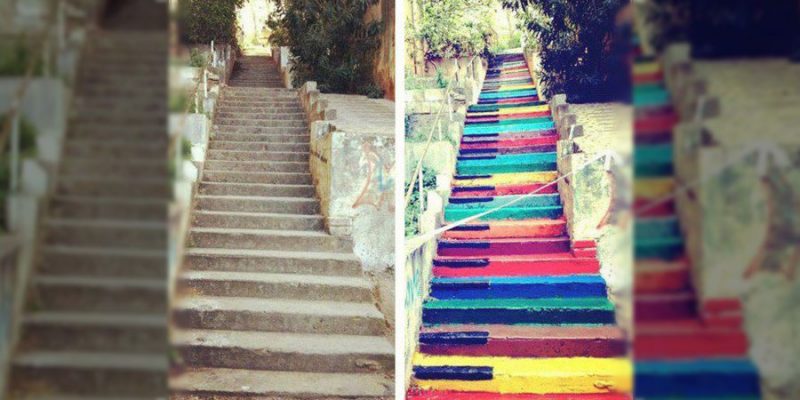 Critics say Beirut is a city that's losing its “character,” and it's not uncommon to see Lebanese people writing wistfully on social media about times supposedly lost to the past.

While much of Beirut was destroyed during the country's 15-year-long civil war that ended in 1990, the “reconstruction era” that's been in swing ever since has sadly been no kinder to Beirut's architectural heritage. Indeed, if there's one word that has come to define the city's architecture, it is “chaos.”

In response, artists and activists have made it their task to try to reclaim the city's heritage. One such initiative is “Paint Up” by the group Dihzahyners (a play on words between “designers” and “Dhan”—Arabic for “paint”). The group paints spaces all over Beirut.

Launched in 2012 by Jubran Elias and Lana Chukri, “Paint Up” was designed as an alternative to the many protests against demolitions by Lebanese activists. 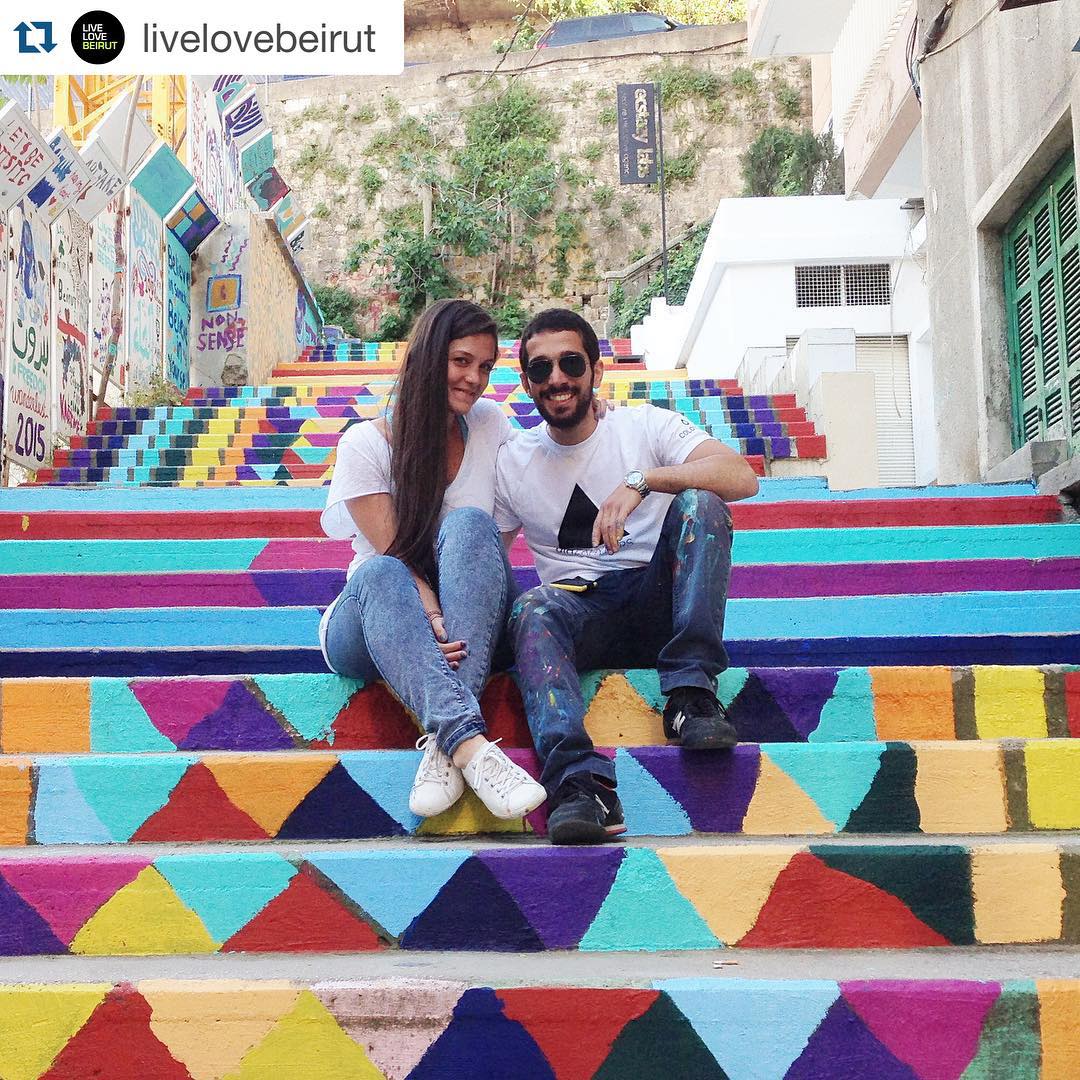 Our goal is not to change Beirut, but to bring it back to life. There are many things we cannot change in the political and economic situation of this place, however, we can try to revive Beirut with paint.

Creating a single “painting event” requires months of planning. They first have to get permission from the relevant municipality and then work alongside their sponsor, “Colortek,” before posting the event on social media. Elias explains:

We start by taking photos of the stairs and then mock it up. Then we decide on its design.

With hard work and countless hours under the sun, the team has proven that working hard does pay off. Their “Paint Up” stairs projects, known as “Volumes,” have gained global recognition, and they’ve been featured in Vogue’s ”Nine Amazing Staircases From Around the World,” on BoredPanda, the BBC, and Forbes, among others. The group's co-founder, Lana Chukri, was also interviewed recently by Al-Jazeera.

Below, you'll find photos of some of their work:

“Home of Hope,” a project completed in July 2016 in Kahale, Aley district. 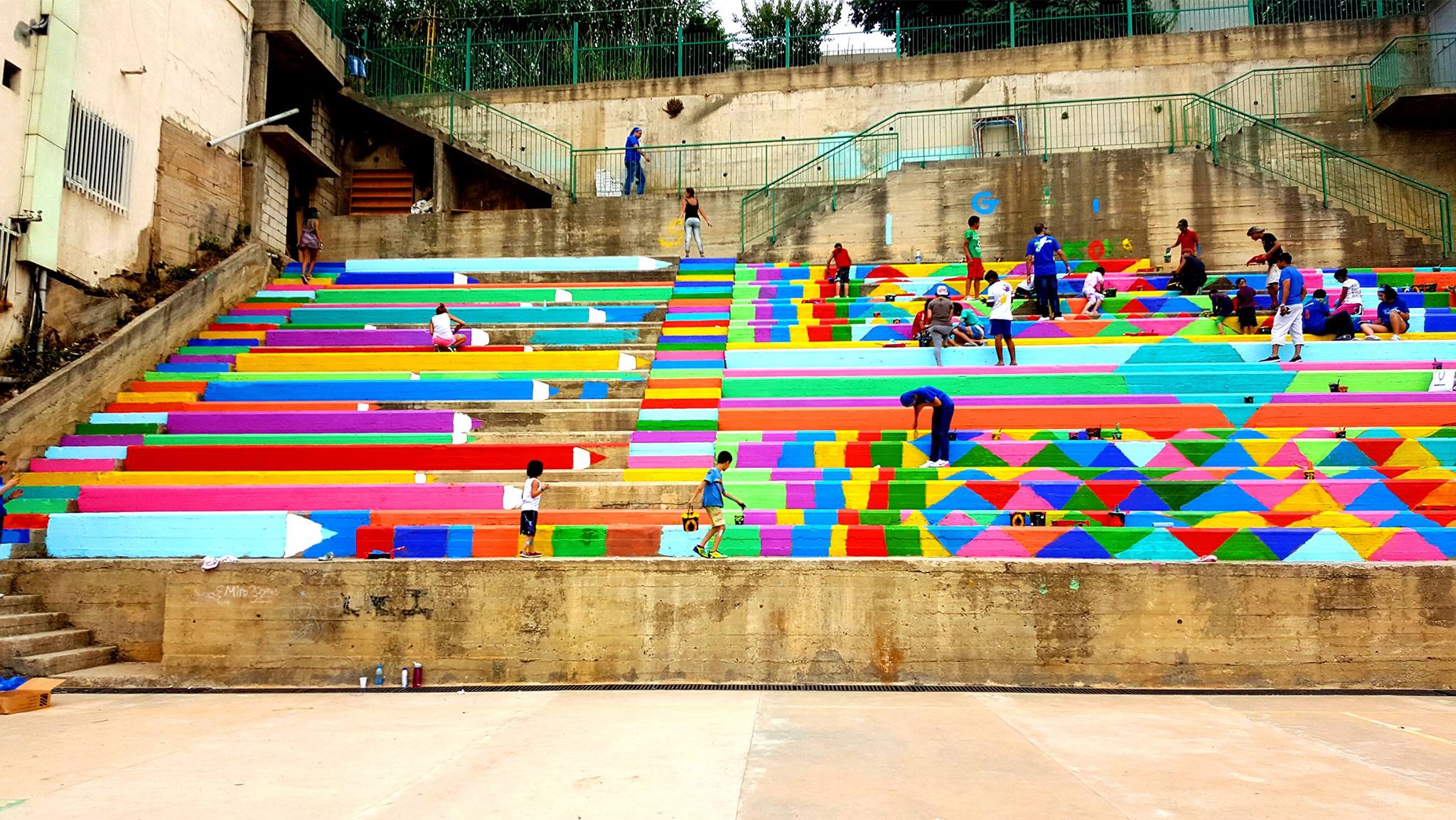 At the “Home of Hope” in Kahale, Aley district. Source: Facebook.

“Waiting for the Train” at the Mar Michael Train Station, Mar Michael, Beirut with Achillea in October of 2013. 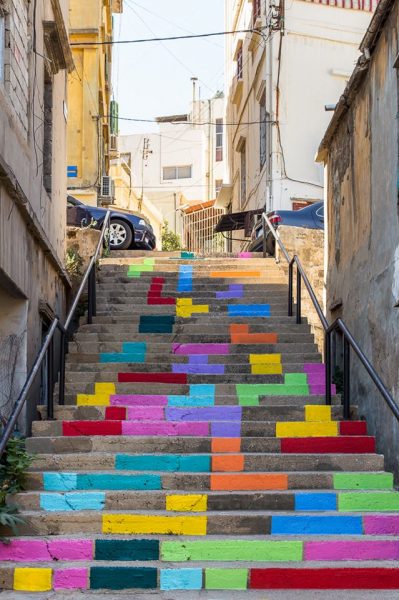 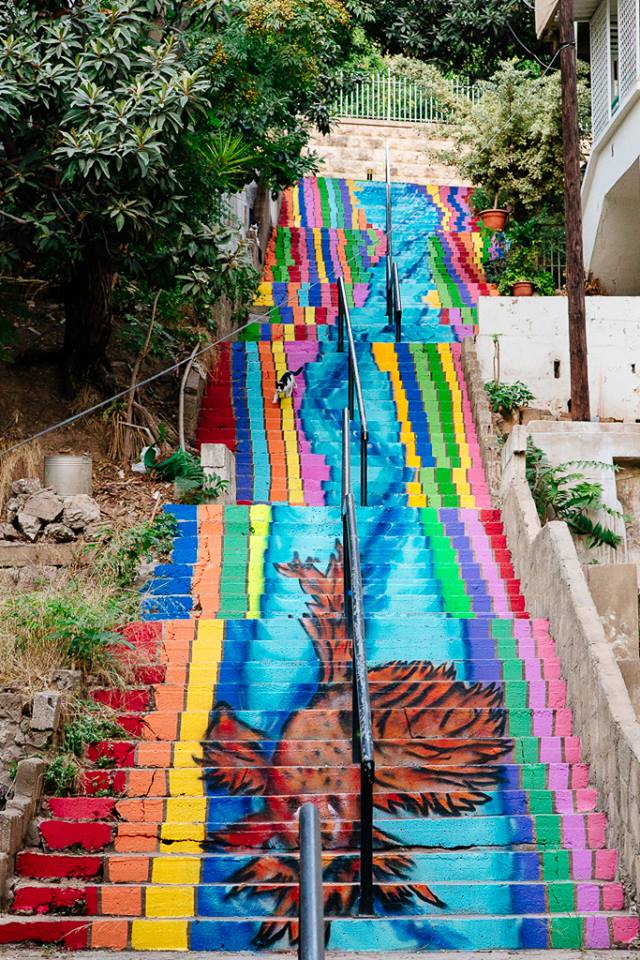 Eager to reconnect Beirut with its past, the Dihzayners team has found a way to turn a simple idea into a community that cares about its surroundings. With so much paint and goodwill, it's safe to say these artists have made their mark on Lebanon.