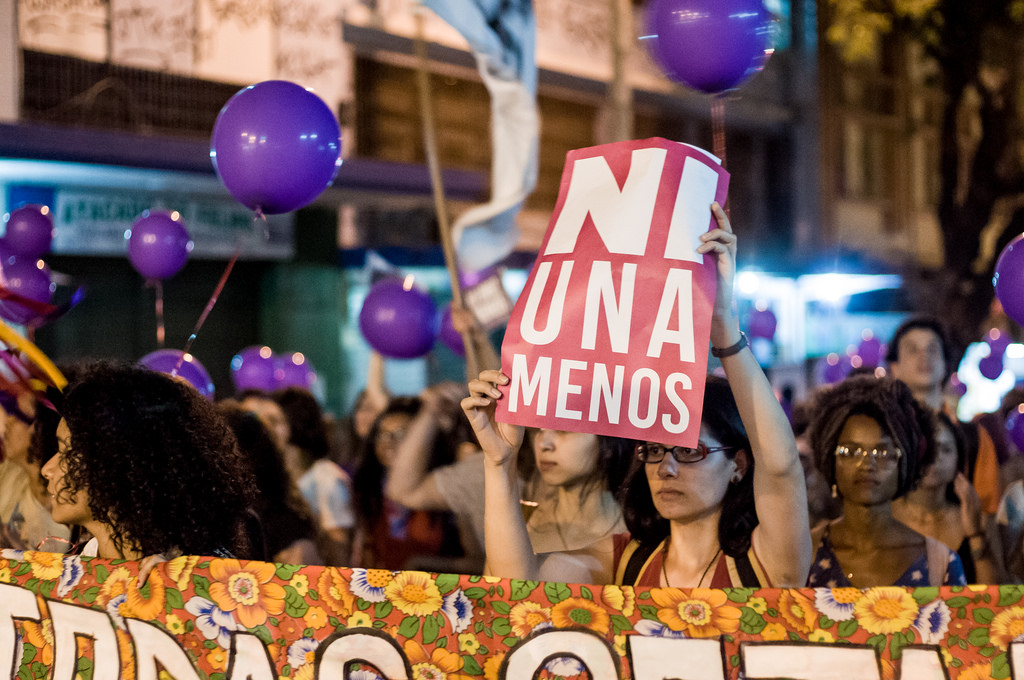 It was New Year's Eve when Sidnei Ramis de Araújo, a 46-year-old lab technician, decided to act on his hatred towards his ex-wife. At a house in Campinas, a medium-sized city in the state of São Paulo, Isamara Filler was celebrating the last day of 2016 with her relatives, as well as the couple’s eight-year-old son, João Victor. As they toasted, Sidnei walked in, armed with a gun. He murdered 12 people, including his own son, and killed himself afterwards. Nine of the victims were women — or, in Araújo’s words, “sluts.”

This bloodshed on Day One of the New Year was a textbook hate crime. Before going on the killing spree, Sidnei left behind a cell phone in his car. It contained an audio recording, and an email scheduled to reach friends and work colleagues, explaining his motives.

In his “manifesto,” which was quickly reproduced by the media, Sidnei blamed Isamara for setting him apart from João Victor. But she wasn't just the only target of his hatred.

He also blamed “a feminist system and some crazy women” for ruining his life. He referred to all women as “sluts that do everything to alienate fathers.” He mocked Brazil's Maria da Penha Law, which sets harsher punishments for domestic violence. He blamed human rights activists for defending criminals. Sidnei even took a moment to share his rage about Dilma Rousseff, Brazil's first female president who was impeached in 2016.

Remarkably, this hateful manifesto repeats many of the familiar tropes you find browsing the comments on news articles, or scrolling through updates from conservative friends on Facebook.

As journalist Carol Patrocínio wrote on her Medium page:

You and I already have read this speech. Thousands of times we've heard feminicide being called “a passion crime” — in the It Wasn’t Jealousy page you can have an idea of how many times this has happened. We’ve seen several stories of women who had been violated and who are called a problem when they push their kids away from the other parent. It’s worth remembering that fathering a child biologically and raising a child are two distinct things. We’ve seen thousands of men justify their violence and lack of self-control, often blaming other people’s behavior.

From 2005 to 2015, Isamara filed five police reports against her ex-husband for threats, aggression, and sexual abuse against her son. Due to a lack of evidence, Sidnei was never convicted of the latter charge, but the court nonetheless ruled that his interactions with his son should be limited to supervised visits.

The killer denied all the accusations, but João Victor's teachers told a reporter that the boy once said that “he would kill his father once he had grown up.”

This killer is not an exception

It's a disturbing notion, but much about Sidnei Ramis de Araújo is hardly unusual, when it comes to gender-based violence.

His father described him as “a sweet person, who never smoked or drank.” As anthropologist Debora Diniz pointed out in a op-ed for Brasil Post (Brazil's version of The Huffington Post), “madness does not explain the misogynistic fantasies in the killer’s mind” — even if he was a “psychopath.” Diniz added: “Sidnei killed because he couldn’t stand the break-up or the law enforcement against his patriarchal abuse, because he lost his domestic domain as the sovereign.”

And Sidnei was not alone. After the news of the massacre broke out, several people tried to “make sense” of the killer’s motives. Some even justified his actions. This time without satire, the parody website Sensacionalista published several comments circulating online in support of the shooter:

One Internet user blamed everything on feminists, of course:

MEN:Run away from feminists, like the devil runs from the cross, do not have relationships with them, do not parent other people’s children, do not have children, if you do, pay attention to what your kid is learning at school, avoid at any cost any humanities class at public or private colleges, they are the cancer eating this society from inside, get ready for the psychopath generation that is yet to come.

Another reasoned that, obviously, the victim was to blame for her own murder:

Impressive, it really looks like she was cheating on him and took his son away from him or was still charging a very expensive alimony it is not right to kill people but NEVER TEST A MAN.

One commentator addressed a warning to all women:

These women are all to blame for if you want to know a woman you only have to divorce from her, your life will turn into a living hell…While women cannot learn how to be good, the slaughter will continue…May that be set as an example to all you lazy women, watch out!!!!

And this one summarized the supposedly oppressive regime instituted by Brazil's minorities:

His letter is 100% accurate about the Brazilian reality and about part of the contemporary society, minorities are oppressing through institution of rules that are disconnected from reality. I respect his attitude, even though I do not completely agree with it. If 10% of the men had the same courage, worthy of the ancient kamikazes, bashi-bazouks or Spartans. The virility of erstwhile was lost for drugs and homosexuality.

Other four other countries commit femicide as often as Brazil

Brazil has a femicide rate of 4.8 per 100,000 women, according to the World Health Organization — that's the fifth highest femicide rate in the world. Black women are the main targets, according to the 2015 Violence Map, an independent annual research report on violence in Brazil. The murder of black women rose 54 percent between 2003 and 2013. At least 10 women were murdered in the country by their partners in the first six days of 2017.

Brazilian lawmakers have tried to address gender violence in the past. In 2003, the country created the Maria da Penha Law to protect women victims of domestic violence. The legislation bears the name of an activist who was rendered a paraplegic by her husband, after he tried to kill her, twice. In 2015, another law, classifying feminicide as a hate crime, was added to the Brazilian Penal Code.

Former President Dilma Rousseff, who lost her position in a controversial impeachment process last year, was the victim of misogyny throughout her six years as head of state. After learning that Sidnei Ramis de Araújo mentioned her in his letter as “the other bitch,” she wrote on Facebook:

Misogyny kills every day. It killed Isamara Filier, a child, another eight women, and the men. It’s not acceptable that chauvinism can echo in conservative thinking and justify the femicide. The moment is to strengthen human rights politics to defend women from a culture where they're subjected to hate and violence just because they are women. We must firmly defend the Maria da Penha Law and enforce the Femicide Law, so impunity is no longer an excuse for new deaths.

Unfortunately, the importance of laws recognizing women's rights are not only measured when they can prevent violence. When they fail, they are also showing their value. The Campinas’ letter is proof of this.

With so many men trying to rationalize a murder spree that killed 11 people, the only way to combat such volatile thinking might be to educate future generations to understand that gender-based violence is not a normal thing.

Used to dealing with such cases, prosecutor Gabriela Mansur affirmed sadly in an interview with Huffington Post that women's causes are not a “priority” in Brazil:

While it is not a priority of public investment, sum destinations, improvement of treatments, believing in the victim’s words, preparing specialists in criminal and public policies, anyway, while this is not a priority, we won’t be able to reduce the numbers of violence against women.