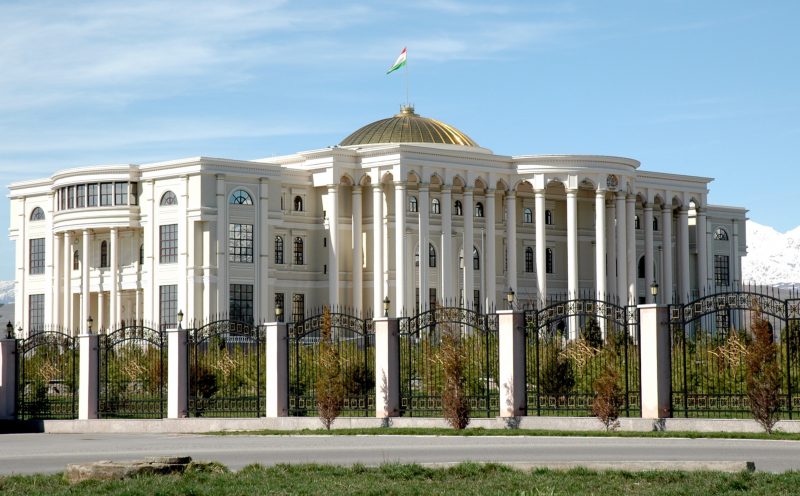 Rustam Emomali, the 29-year-old son of ex-Soviet Tajikistan's autocrat president Emomali Rakhmon continues to hit new heights in his dizzying career trajectory: he has now become the mayor of the capital Dushanbe.

Rustam, who was previously in charge of the country's anti-corruption service — Tajikistan is ranked 136 out of 168 countries in Transparency International's Corruption Perceptions Index — replaced Mahmadsaid Ubaidulloev in the position on January 12.

Many Tajiks that regularly comment on domestic politics on social media have refrained from reacting to the news.

That is probably because of an ever-increasing political repression in the Central Asian country that applies in particular to criticisms of the ruling family, who enjoy lifelong immunity from prosecution thanks to constitutional changes passed in a referendum last year.

Another change passed in the same referendum seemed designed to benefit Rustam specifically; the age limit for presidential candidates was lowered to 30 from 35.

Dogged by unverified reports that he shot his uncle in the neck in a struggle over a local bank, Rustam is also a major noise in the local football world. He is still the local football federation's chairman, and sometimes takes to playing, typically scoring a lot of goals whenever he does.

Rustam Emomali scored five goals in the game for the independence cup.

That Rustam is climbing the ranks of the political tree is of little surprise in a republic where the same family has ruled for 25 years, going from strength to strength after a five-year civil war that concluded in 1997.

But some have expressed shock that he has taken up this particular position, as Mahmadsaid Ubaidulloev had been Dushanbe's mayor for two decades and was regarded as one of the most influential domestic politicians outside of the Rakhmon family.

With seven daughters and two sons, perhaps we will see a Rahmon heading every state agency

Few young people in Tajikistan enjoy Rustam-like success. The country is mired in poverty and over half of all working age males go to Russia and other countries to work.

Eldiyar Arykbaev, the editor-in-chief of the Kloop news agency in neighbouring Kyrgyzstan asked a question that many young Tajiks might be asking themselves in irony:

A 29-year-old general, a fighter of corruption, the son of the the Leader of the Nation, Founder of Peace and National Unity, President of Tajikistan Emomali Rahmon, just became the mayor of Dushanbe. And what have you achieved?