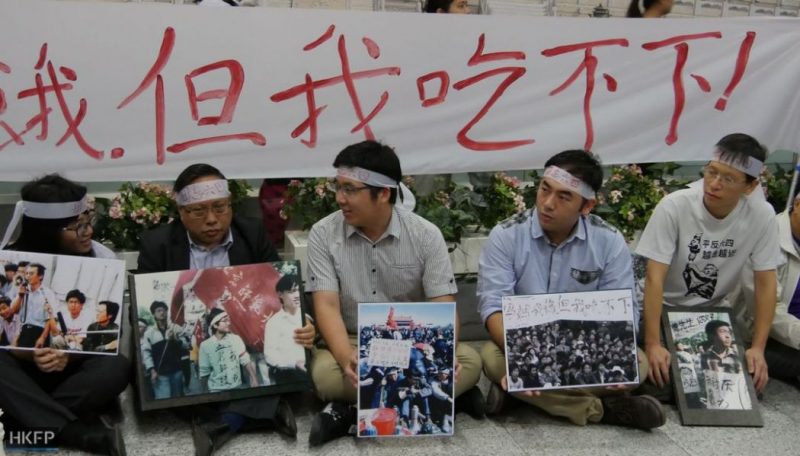 Protesters mimicked the 1989 student democracy protests in Beijing in front of the Palace Museum Exhibition. Photo by Hong Kong Free Press's Melissa Maize. Permission to use.

If you are in Hong Kong now, you will see some huge posters at the central metro station displaying an image of the “Forbidden City,” home to the Beijing Palace Museum. You may consider taking a selfie in front of it. Some Hong Kongers did over the past weekend, but theirs weren't just any ordinary selfies — they included small gestures of protest against the message behind the advertisement.

The campaign, or “exhibition”, as it is referred to by the Hong Kong government, is aimed at convincing the public that they should be proud of the Palace Museum construction project in Hong Kong's West Kowloon Cultural District, which has cost the government HK $1,580,000, or US $200,000.

The controversial project, which did not go through a process of public consultation, was announced by the government’s Chief Secretary, Carrie Lam, on December 23, 2016. Lam disclosed that the idea came from a “chat” with related authorities in Beijing (Hong Kong is a special administrative region of the mainland) back in September 2015.

To make sure the construction would not be disrupted, rather than go through the Legislative Council for approval of the new project budget, Lam, who is also the chairperson of the Board of the West Kowloon Cultural District Authority (WKCDA), successfully secured a HK $3.5 billion donation from the Hong Kong Jockey Club.

Things came to a head when an investigative platform discovered that the WKCDA had engaged Rocco Yim, a well-known architect, for drawing initial museum designs as early as June 2016, without going through public tender. Lam only delivered project briefings to other WKCDA board members months later, in October and November 2016.

The concept of the West Kowloon Cultural District came about in 1998; since then, decisions about the development of the district have been conducted in an open and transparent manner through public calls for proposal, design competitions and public consultations. The WKCDA is a government-funded authority, established in 2008 under the West Kowloon Cultural District Authority Ordinance, which clearly states that:

…the Authority shall, in relation to matters concerning the development or operation of arts and cultural facilities, related facilities, ancillary facilities and any other matters as the Authority considers fit, consult the public at such time and in such manner as it considers appropriate.

While Carrie Lam argued the project involves “sensitive information” and hence could not be disclosed to the public, concerned citizens decided to bring the case to the court for judicial review.

Amidst controversy, the government continued to promote the project by spending HK $3.8 million on a weekend television series, “In Touch with Palace Museum”, and HK $1.58 million on a huge poster advertisement in the central metro station to promote the series. The government later argued that the posters in the metro station were ‘exhibitions’ rather than advertisements.

Since Carrie Lam is a potential candidate running in the election for chief executive (the city's top leader) this May, the Palace Project is considered part of her election campaign, through which she demonstrates her patriotism and ability to govern the city.

As the poster display has literally brought “The Forbidden City” — a place that symbolizes China’s imperial ruling style and reminds people of the crackdown on student-led pro-democracy protests of 1989 — to Hong Kong, some Hong Kongers decided to create mini acts of resistance in front of the exhibition, and shared their selfies on social media.

In the past few days, inside Hong Kong's Facebook circle, you can see a tank running through “The Forbidden City”: 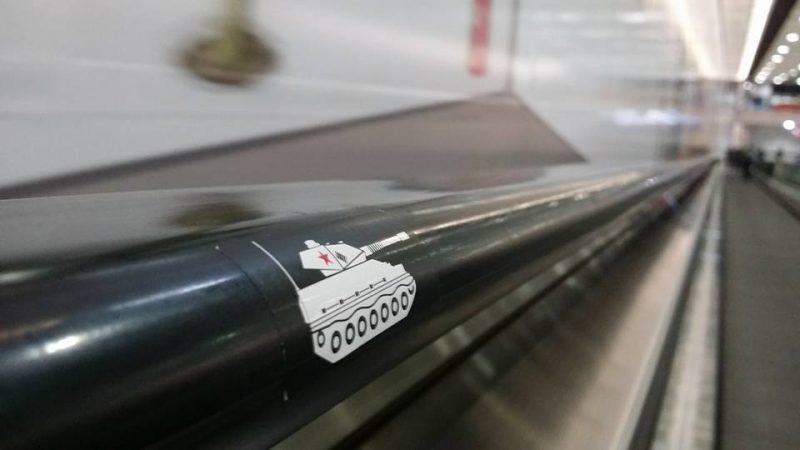 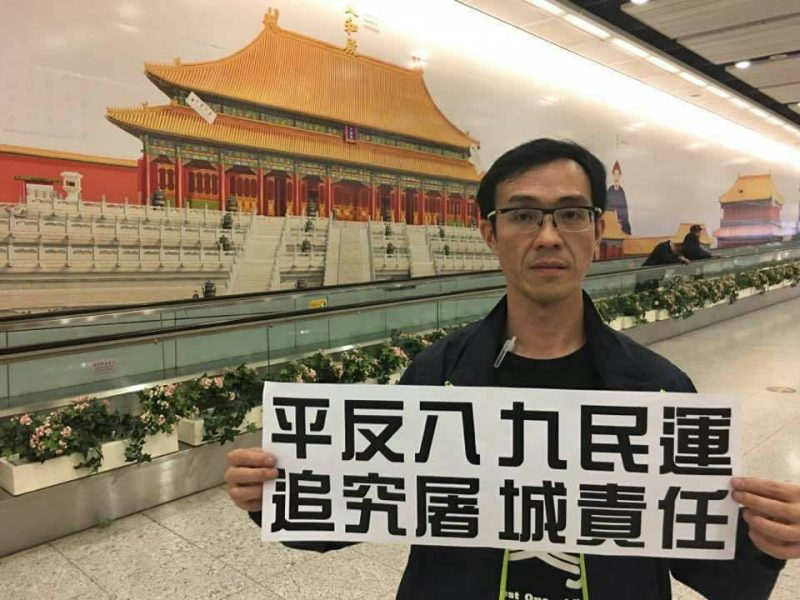 Other held replicas of the Statue of Democracy in front of “The Forbidden City”: 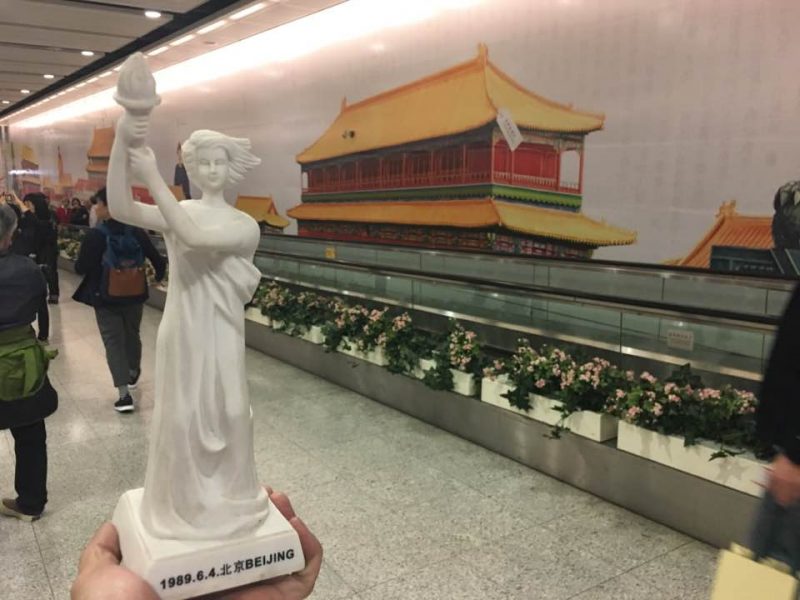 The political group Hong Kong Alliance in Support of Patriotic Democratic Movements picked up the citizenry's initiative and further hacked the exhibition. On January 9, 2017, it mimicked the protest scene back in 1989 by shouting slogans calling for the release of political prisoners, including Nobel Peace Prize Laureate Liu Xiaobo:

In a rather typical reaction to the protest, one reader on the Hong Kong Free Press's report comment thread noted:

Oops, what [was] originally meant to be a platform for the CE [Chief Executive] throne is now turned into a new venue for protests. What a creative piece of crap! A new mess to clean up for lame Lam.