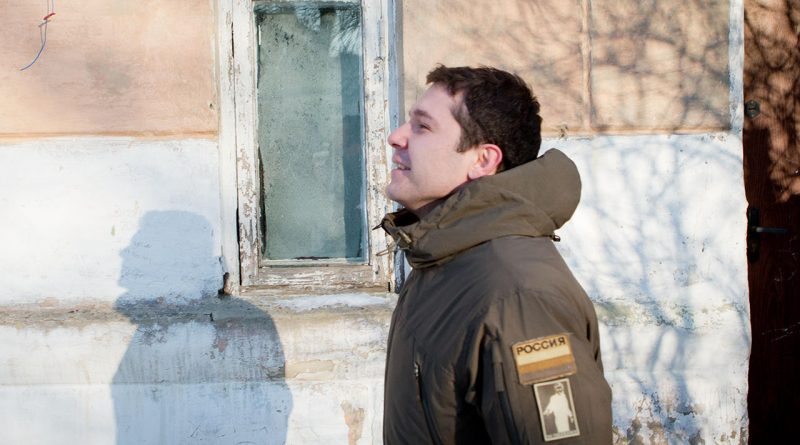 The acting governor of Kaliningrad, 30-year-old Anton Alikhanov, has a winter coat with some unusual arm patches. In a puff piece gone awry, a local news website revealed on Tuesday that Alikhanov wears a coat with patches depicting the flag of the Nazi Protectorate of Bohemia and Moravia, as well as a particularly nasty nationalist icon.

Governor Alikhanov has denied that the flag is actually that of the Nazi puppet state, claiming that it’s merely a Russian flag faded in the sunlight. The protectorate’s flag is identical to the Russian Federation’s flag, except the order of the red and blue bars is reversed.

If he’s telling the truth, Alikhanov might be forgiven for confusing the flags. He wouldn’t be the first to make the mistake.

In 2013, federal anti-drug officials accidentally displayed the Russian flag’s colors in the same wrong order on a billboard in Moscow. Two years earlier, Kaliningrad’s own branch of United Russia, the country’s ruling political party, accidentally campaigned with tricolor flags depicting Bohemia and Moravia, not Russia. In 2010, Google itself screwed up its depiction of the Russian flag — on the Google homepage, no less — when congratulating Moscow on winning the right to host the 2018 World Cup.

The other patch, featuring the outline of a man holding a firearm and the slogan “NO TOLERANCE,” is more worrisome. The image is based on an infamous hate crime that took place in the Moscow metro in November 2013, when Dmitry Parshin and his son, Andrei, attacked an ethnic Dagestani man without provocation. The father shot the man twice with an air pistol, and his son pointed a gun at the victim, too, but never fired.

Read RuNet Echo’s report on the incident from November 2013: Russian Nationalists Find Themselves a ‘Saint’

When video surveillance from the train car leaked to the media, Russian nationalists made a meme of a still image from the footage, showing Andrei Parshin aiming his pistol. The vigilante crime-fighter motif (never mind that it was without basis) soon exploded online, where edited images morphing the Parshins into the “Boondock Saints” gained enormous popularity. Soon, nationalists were calling the duo Russia’s “Subway Saints.” 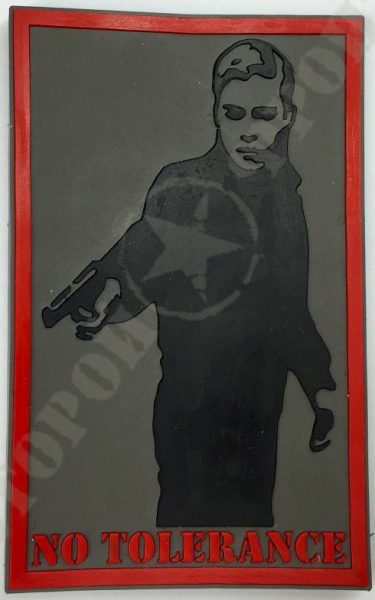 Governor Alikhanov’s responses to the revelations about his coat have been contradictory and implausible. First, he told the tabloid Life.ru that the patches were gifts from his friends roughly ten years ago, denying that the gunman patch depicts Parshin. Instead, Alikhanov claims it is from a shooting club.

The patch is clearly Andrei Parshin’s outline, however, which didn’t exist a decade ago.

Later, when speaking to the website Meduza, Alikhanov changed his story, now saying that he’d received the coat from a store as a bonus reward for several purchases. He said he didn’t know the image’s nationalist overtones. The governor also told Meduza that this was the first time he’d ever worn the coat, weakening his earlier claim that the flag patch had been bleached by sunlight.

The first outlet to draw attention to Governor Alikhanov’s controversial clothing was the Telegram channel “Metodichka,” which has published political news since August 2016, often with bitingly satirical commentary.

“We thank acting Governor Alikhanov for his quick response. It’s good that he went with this version, and not ‘The coat doesn’t belong to me, but to my spouse, who’s a successful businesswoman and an accomplished marksman,” the people behind Metodichka wrote on Tuesday, mocking Russian officials’ tendency to deflect damaging allegations by citing the achievements of their partners.