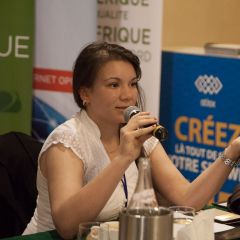 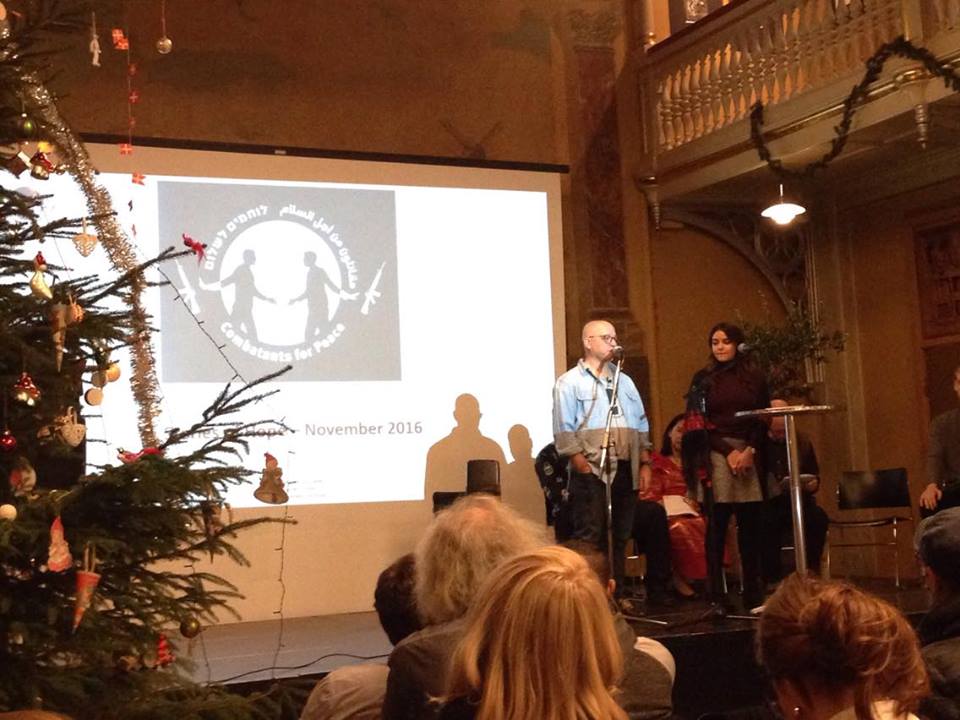 “Being able to see the light in the darkness.” This was the sentence that launched the two-day-long conference entitled ‘Stories of Hope‘, organized by Livia Foundation in Copenhagen, Denmark. Global Voices’ Rim Hayat Chaif went to that conference.

Also among the participants were activists dedicated to conflict resolution. Orit Dekel, an Israeli activist and and member of the non-governmental organization (NGO) ‘Machsom Watch‘ (Checkpoints Watch), itself a part of ‘Women for Human Rights and Against the Occupation’, spoke to Global Voices and shared her reasons for joining WAO:

I was involved in politics, and I recognized how much the occupation is making the life of Palestinians miserable. One day, I decided to go and see how the checkpoint works, it is obvious to notice how we are treated differently; the Palestinians cannot pass it easily, they are humiliated, kept there for many hours to finally pass or be sent back. I could, one time, help a woman to pass, but I cannot be there every day. My hope is that the occupation will be over and we can live in peace one day.

My young sister got killed by an Israeli soldier when she was going to school. I got so angry and I wanted revenge, to avenge my sister's death using the same arm. But then, I realized that it is not the appropriate way — by killing, we will have more people killed and it will never stop. This is how I ended up in this organization; I want to make peace and the hope for me is us — we have to work to let it be one day.

My sister got killed by a Palestinian young man in the street; I was thinking always that the other part is the enemy and I have to avenge my sister's death. The time passed and I realized that this is not going to bring my sister back. And the best solution is to maintain hope and work for peace; this is what leads me to this NGO and [to] start working hand in hand with the Palestinians. Dialogue is important and we have to see the other part as human, like us, and not the enemy.

You can see them both speaking at the 11th Israeli-Palestinian Memorial Day Ceremony on May 17, 2016:

Global Voices spoke with Carol Mann, the director of the ‘Women in War‘ think tank. She shared an interesting story about her activism during the Bosnian war:

When I was there, I realized that women's stories were not told; we mostly hear about men doing great things, but very rarely about a woman, especially back in that time. I also noticed that makeup was a kind of resistance that the Bosnian woman used to look prettier and prestigious, to avoid being killed by the soldiers.

Steinar Bryn, the dialogue facilitator at the conference, considers dialogue work a neglected tool in international conflict resolution. According to Mr. Bryn, it is an essential key during the conflict resolution process, to change each side's perceptions of the other.

When you start to invest time, you will see the result. We are all dependent on each other's existence.

He explains how Serbs and Albanians from Kosovo have established an understanding and acceptance of each other after spending several days together at the Dialogue Center in Lillehammer. They start seeing each other as human beings, sharing and doing the same things.

When I brought the participants to the training, I put one of each in the same room, on purpose. That the same day, one Israeli guy came to ask to change rooms, saying that he can’t share the room with a Palestinian — he was afraid of and frustrated about his roommate just because he is what he is. I explained to him that the purpose of coming to this training is to get out of this [mindset] and change the perceptions. At the end of the day, the same guy came to me to thank me and they are close friends now.