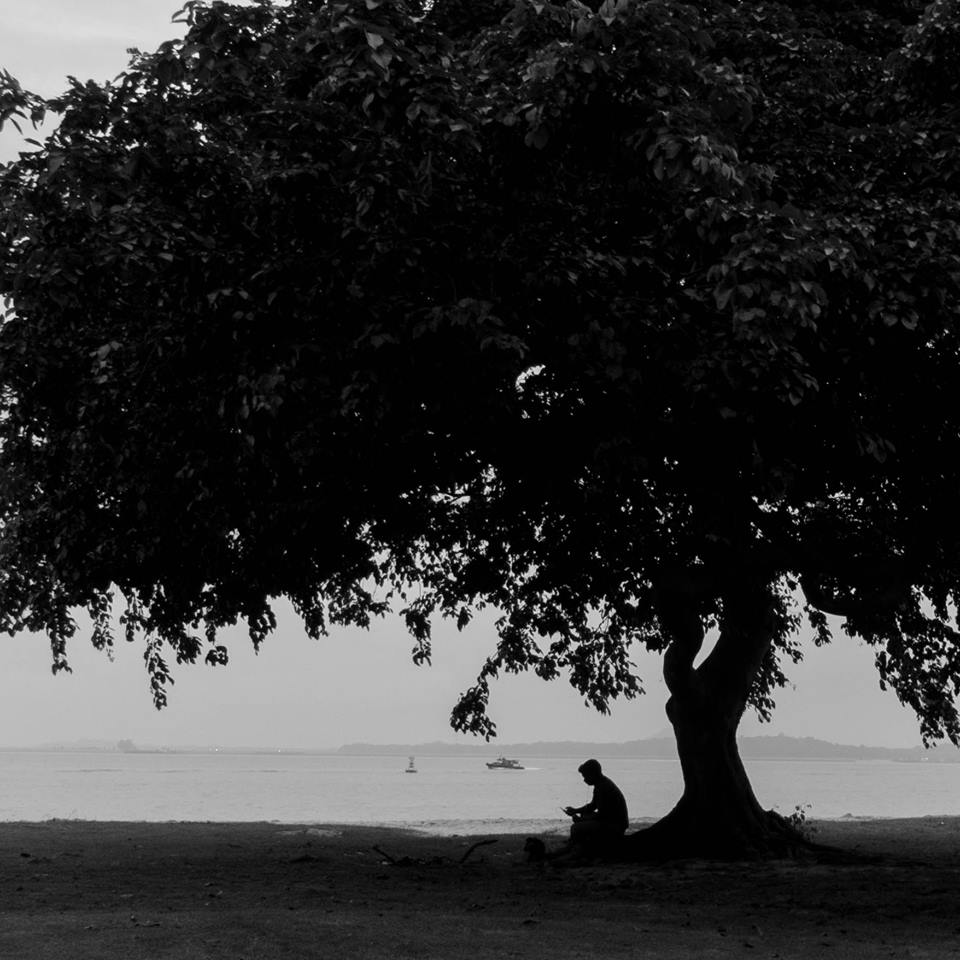 Lee posted a photo of a foreign worker he saw in Changi Beach during the New Year weekend.

The photo has this caption:

As we enjoy the festive days with friends and family, let us spare a thought for the foreign workers who have left their families behind to work in a distant land. They build our HDB [housing] flats and MRT [train] lines, keep our roads clean and parks green, and take care of our young and elderly. They slog and save to support loved ones, but at least with the internet and cellphones they can keep in touch, and feel not quite so far away.

As of this writing the post has received 37,000 Facebook likes, 3,500 shares, and more than a thousand comments.

Singapore is home to 1.3 million registered foreign workers. More than 200,000 of these are maids or other types of domestic workers, mainly from neighboring countries such as the Philippines, Indonesia, Myanmar, and India. In recent years, reports have surfaced about domestic workers experiencing maltreatment at the hands of their employers. Cases of abuse are rising, despite new laws designed to their rights. 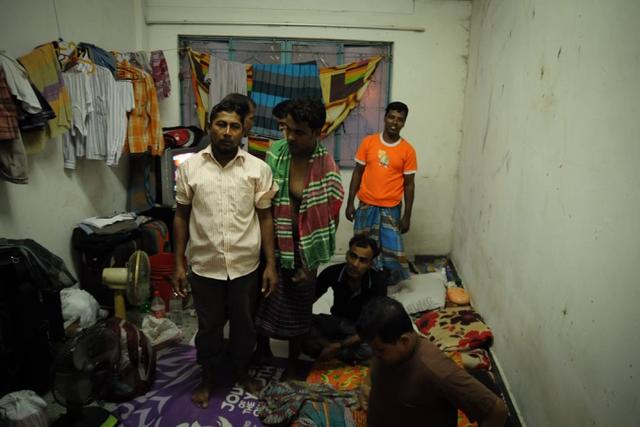 The housing conditions of some of Singapore's migrant workers. Photo from the Flickr page of Rob O'Brien, CC License.

Many praised Lee for recognizing the contribution of migrant workers in Singapore. One of those who appreciated the message of Lee was Selina Xu, who wrote this comment on Facebook:

Thank you PM Lee! I'm really glad you called attention to a group of people often ignored or unseen by our society – our migrant workers are the ones who toil tirelessly to build Singapore's landscape. But sometimes their plight and voices go unheard and the true extent of their contributions to our sprawling metropolis become under-appreciated.

…touched beyond words to have such a loving PM. even more touched by the comments, Singaporeans and foreigners alike. A country flooded with ties of kinship, but just hope that more could be shown in real life than just on social media…

This is not the first time the PM has feted the contributions of migrant workers — and he should, because if all of them went on strike, our economy collapses. However, appreciation cannot stop at warm and fuzzy fb posts but should translate into concrete policies to make a difference in their lives, which his government is capable of doing but lacks the political will.

The NGO leader also admonished the opposition parties for failing to prioritize the welfare of migrant workers:

Even opposition parties aren't keen because caring about migrant workers doesn't get votes. Many fear being seen as “pro foreigner”, but do not realize that universal labor rights benefit voters too.