Remembering Iran's Gholamreza Takhti, the Much-Loved Sportsman Who Wrestled with the Shah 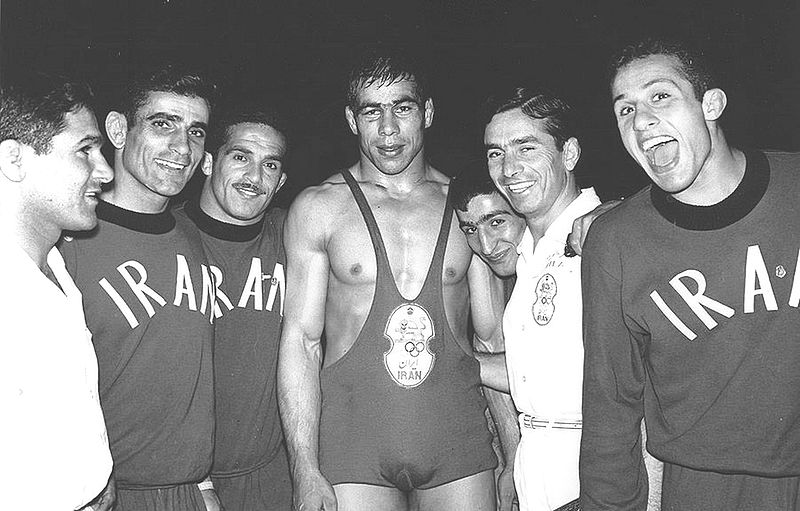 January 7 marks the anniversary of the passing of one Iran’s most heroic athletes, Gholamreza Takhti. The legacy of Takhti is notable not only for his athletic feats as a gold medalist in wrestling on the world stage but also for his humility and political principles and the fight for freedom against the dictatorship of the Shah. His life and death symbolize the struggle of the Iranian people, many of whom have sacrificed a life of comfort and privilege to stand for their principles.

Born in 1930 to a poor family in Tehran, Takhti found an outlet through wrestling and soon became one of Iran’s most talented athletes. By 1950 he had won his first Iranian championship and by 1956 he was an Olympic gold medalist.

Nicknamed “Pahlevan” (champion), for his heroic feats, dignity and honorable nature, Takhti was known for his chivalrous behavior both on and off the wrestling mat. His penchant for fairness and justice earned him respect among his opponents and love from the masses. This included refusing to take advantage of injuries to opponents, and treating them and their families with great respect.

Though Takhti’s prowess as a wrestler was unmatched, it was his political activities which turned him into a mythical figure in Iran.

Takhti was a supporter of Dr. Mohammad Mossadegh and his efforts to nationalize Iran’s oil and gain independence. This support often put him at odds with the Shah. After an earthquake took place in Qazvin in 1962, Takhti personally led an effort to raise aid for the inhabitants, and bypassed the Shah’s efforts to fundraise. These acts of defiance towards the dictatorship led Takhti to gain a reputation as a Robin Hood figure among Iran’s masses.

Tragically, Takhti’s opposition to the regime would also be his own undoing. On January 7, 1968, his lifeless body was found in a hotel room. Authorities claimed his death was a suicide, however his political activities led many to believe that he was ultimately targeted and assassinated by SAVAK, the Shah’s secret police. 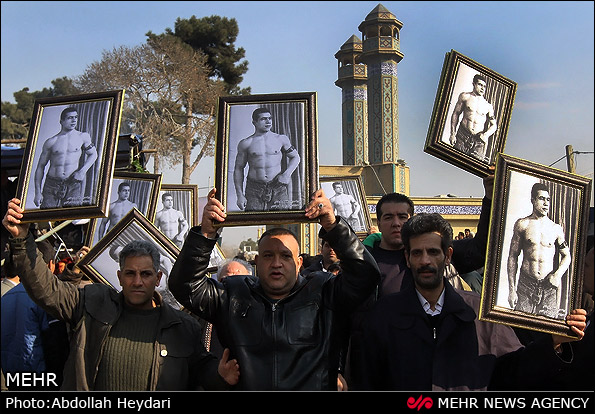 The 45th death anniversary ceremony of Gholam-Reza Takhti in 2013 was held at Ibn-e Babouyeh cemetery in southern Tehran, where he was laid to rest. Photo from Mehr News.

The unrealized potential of Takhti and his steadfast belief in standing up for his principles is symbolic of Iran’s past and present. Iranians sacrificed much in their fight against the Shah, only to see Khomeini steal their revolution. Yet legends like Takhti continue to inspire future generations to stand up and fight for their beliefs, and to scorn a life of comfort in the face inequality and injustice.

Gholamreza Takhti should be remembered not only as an incredible athlete, but as a complete human being who used his talents and good fortune to aid those who were less fortunate and to confront injustice and repression. Takhti was a hero who was sacrificed in  Iran’s long and continual path towards freedom and democracy.

This piece was originally published on Iran Focus