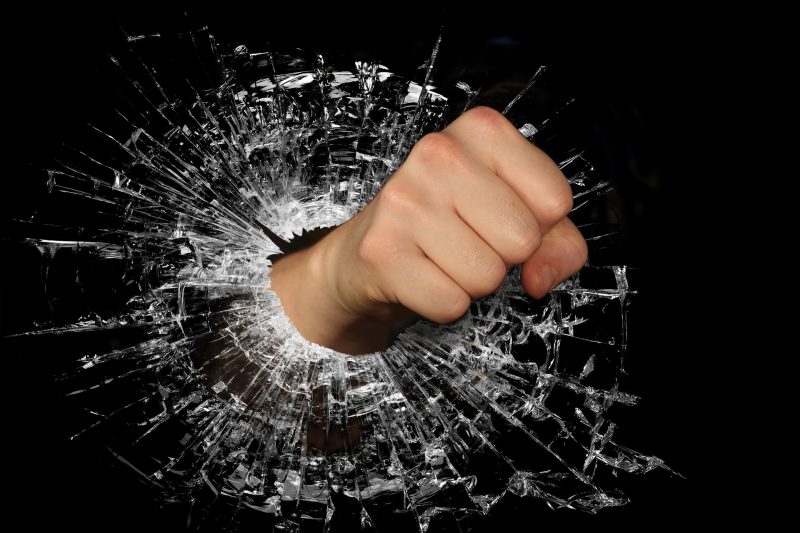 We've come a long way since the days when Russian Internet users could be expected to fill their blogs with praise for democracy, freedom, and an end to the Putin regime in Russia. In the last few years, we witnessed a conservative renaissance on the RuNet, though it's unclear where the community goes from here.

Whatever happens, it's safe to say that Nikolai Starikov, Russia's conservative writer, activist, politician, and Internet sensation, had a good 2016.

On Nov. 15, security services arrested Economic Development Minister Aleksey Ulyukaev on charges of corruption, accusing him of having solicited a $2-million bribe. The news delighted Starikov, along with many other conservative figures, who say the minister's liberal policies only weakened Russia. “Ulyukaev's arrest: our brothers go to work!” he exclaimed on Twitter.

The liberals’ irrepressible desire to sell the State’s property was caused by a banal desire to get their hands on a few million dollars. We thought so, and now we're sure.

Three days after Ulyukaev went down, Starikov got another reason to celebrate, when a Moscow court upheld the blacklisting of the Levada Center, Russia's last major independent pollster. As a leading figure in the pro-Kremlin “Anti-Maidan” movement, Starikov pushed hard to get Russian officials to list Levada as a “foreign agent,” saddling the organization with crippling new regulations.

A court confirmed today Levada Center’s “foreign agent” status. The law must be observed — that is the position of the Antimaidan.

You might not expect it, but Nikolai Starikov claims to be a member of Russia's opposition. The “Great Fatherland Party,” which he founded in 2013, was barred from participating in the 2016 parliamentary elections—a decision Starikov says was “political.” His brand of opposition politics has an especially narrow focus.

“Of course, we support our president on matters of foreign policy, but we believe that the continuation of policies started by the Medvedev government—the privatizations, the freezing of pensions, the sale of state property—all this is very dangerous for Russia,” Starikov told me in an interview.

Starikov criticizes the Medvedev government, especially the economic policies he considers to be “liberal,” but his most important belief is the need for stability against “external enemies.” In this context, Vladimir Putin's legitimacy as the head of state is not a matter up for discussion.

No Need for the Online

Starikov’s opinion, which he shares relentlessly on social media and his two blogs, potentially carries serious influence on the Russian Internet. His page on Vkontakte boasts nearly 200,000 subscribers, and another 51,000 accounts follow him on Twitter. His Youtube page has more than two dozen videos with a total of 100,000 views, and his LiveJournal page is one of the most-read blogs on the network.

“All without doping,” Starikov laughed.

It may seem obvious that Russian conservative groups would dominate the RuNet, given Putin’s sky-high popularity ratings, as well as the Russian government's increasingly tighter grip on the media and certain kinds of political expression. But conservatives actually came very late to the party, says Dr. Galina Nikiporets-Takigawa, the dean of Moscow's Russian State Social University's Humanities Faculty and a lecturer at Cambridge University, who co-edited and co-wrote a book on Russian online political movements.

“Conservatives started using the Internet after the liberals, after the nationalists, after the religious groups, [and] after the civil activists, because they were the only ideological movement that had full access to all Russian media—including state television,” Nikiporets-Takigawa says.

Throughout the 2000s, the Web was one of the few places Russian liberals still felt free to express themselves. Conservatives, meanwhile, felt no need for any refuge; they were, overall, satisfied with getting published in Kremlin-friendly newspapers and speaking on state television, according to Nikiporets-Takigawa's research.

Like other conservatives, Starikov was mostly absent from the Internet in its “independent heyday.” He published his first two books in 2006, titled “Who Killed the Russian Empire? The Biggest Secret of the 20th Century,” and “The Liquidation of Russia: Who Helped the Reds Win the Civil War?” In the books, he claims that the fall of the Tsarist Empire and the Communists’ victory in Russian Civil War was the result of a British (and Western) special operation to destroy Russia. At that time, websites listing his books were Starikov's only online presence.

Late to the Party

Things changed in the late 2000s. By that time, according to Nikiporets-Takigawa, the Russian state and social groups sympathetic to the Kremlin realized that the Russian Internet had become an overwhelmingly “liberal space,” Nikiporets-Takigawa argues, describing this moment as a wake-up call for many conservatives, who started challenging liberals’ dominance on the Web.

“I’m not a very technological person, but there are people who told me a few years ago that I should create a website and record videos, so that’s what I did. But I didn’t do anything in particular to promote myself,” Starikov told me.

In 2009, he launched a blog, as well as pages on LiveJournal and Vkontakte, right around the time when, according to Nikiporets-Takigawa, conservatives started being more active on the RuNet. By 2011, Starikov had published nine books, with eloquent titles such as “Russia vs. the West: Russia’s Main Enemy,” “Who Finances the Collapse of Russia? From the Decembrists to the Mujahideens,” and “Chaos and Revolution: The Dollar’s Weapons.” He was even appearing on local and even national television channels, like Rossiya 1 and NTV.

Starikov's popularity got a boost online when a community developed around his blog. A post published in July 2011 titled “I Am Against Dmitry Medvevdev’s Program” received more than 1,500 comments, the majority of which supported his view on the danger of privatizations. One of his books, “Who Forced Hitler to Attack Stalin?” also made him popular with historical revisionists. In that book, Starikov argues that France and England fully supported Hitler’s rise to power and militarization, and thus bear responsibility for the war.

By the time winter protests rocked Moscow in 2011 and 2012, Starikov was already a well-established ultraconservative figure on the Internet. But the protests, as well as Russia's parliamentary and presidential elections, proved a pivotal moment for the pro-Putin movement on the RuNet, where groups proclaimed their support for Vladimir Putin in a breakthrough on Russian social networks.

Those groups, says Nikiporets-Takigawa, were in part a crude attempt to imitate Barack Obama’s successful digital campaign strategy, but many of them “had a post-electoral life,” and “kept functioning as communities, where people would express their support for Putin.”

Vladimir Putin's re-election in 2012 had another effect, writes Alexander Bibkov, the director of Moscow’s State University Center for Modern Philosophy and Social Sciences. In a 2015 article about Russia’s “conservative turn,” Bibkov notes that it was around Putin's re-election that “moral activists” and “conservative writers” starting being the first in the news to comment on political news stories. Rather than waiting for statements by high-ranking officials, the mainstream news shifted to “increasingly hysterical” reactions from figures prominent online, where their audiences also promoted their content. It was now often several days before state officials intervened to dismiss often radical statements.

This, according to Bibkov, allowed the state not only to disavow decisions that later proved unpopular, but also to appear as a moderate force and a guarantor of stability. This also meant that ultra-conservative voices like Starikov's gained even more prominence, online and in the news media.

In March 2012, Starikov’s Vkontakte page had 21,000 subscribers. Another illustration of his growing legitimacy in the ultra-conservative sphere came the following year, when he joined the “Izborsk Club,” a think-tank that has welcomed figures like Eurasian ideologue Alexander Dugin, which Russian academic Andrei Yakovlev described as “a reflection of views of the conservative wing of the Russian elite.”

For Starikov, real Internet fame came with the conflict in Ukraine. As Russia annexed Crimea, following a triumphant but internationally unrecognized referendum, Starikov’s rhetoric about a never-ending plot by the West to destroy Russia gained appeal beyond the usual ultra-conservative audience. Indeed, Moscow’s argument about a Ukrainian revolution fomented by the West and about the threat of a similar attempt in Russia paired nicely with Starikov’s belief that the West has always tried to stir up revolution in Russia, and that any successful protest in Russia could only be the result of outside interference.

As a result, Starikov's popularity soared massively: in February 2014, at the bloodiest moment of the Ukrainian revolution, Starikov’s Vkontakte page reached 66,000 followers—about 40,000 more than two years earlier. But just five months later, when the conflict in eastern Ukraine was in full swing, he'd already doubled that number, with 144,000 subscribers. The number of his followers on Youtube also nearly doubled in the same period, from 27,000 in January 2014 to 49,000 in August 2014.

Then, in January 2015, he participated in the creation of the “Antimaidan” movement.

“People saw that I had been right all along, that what I talked about in my books and on my website happened exactly as I said. I’m successful simply because I tell people the truth, I like to think,” Starikov told me.

Around this time, he started appearing regularly on Russian national television, either as a geopolitical expert or as the head of the “Great Fatherland Party.” Starikov is now a regular guest on “Sunday Evening with Vladimir Solovyov,” a debate show that airs on the national network Rossiya 1. He also appeared on a similar show on NTV, a private but strongly pro-Kremlin television channel.

[After saying facetiously that Washington seems to believe it helps nations’ development by bombing them] Maybe the U.S. should be bombed, so everything finally works out for them?

As Russian society “consolidated” around support for the annexation of Crimea, conservatives—as well as leftists and nationalists—found a new common target: Ukraine. Several new groups dedicated to “supporting the Donbas [eastern Ukraine]” or to the general cause of “Novorossiya” appeared on the RuNet and received wide coverage in Russian media.

Conservative groups online not only rose in popularity among the general Russian population, but also proved to talented actors online, where they helped recruit and support Russian “volunteers” to fight in Ukraine, and raised money to fight Russia's “domestic enemies.”

In May 2014, members from Starikov’s “Great Fatherland Party” went to Donetsk for the First Congress of the “Novorossiya” Party. Just like the opposition had used the Internet to organize itself in the 2011-2012 protests, conservatives now used the digital sphere to mobilize and gather support.

The next year, Leonid Volkov, one of opposition leader Alexey Navalny's closest allies and advisers, told the New-York Times that “the myth that the Internet is controlled by the opposition is very old, but [it has not been] true since at least three years.”

Of course, nothing online is static, and the mobilizing effect of the Ukrainian conflict has diminished, as the conflict in the Donbas has become frozen. In this environment, it's not impossible to imagine an Internet comeback by Russia's democratic opposition. The struggle for the RuNet isn't ever over.