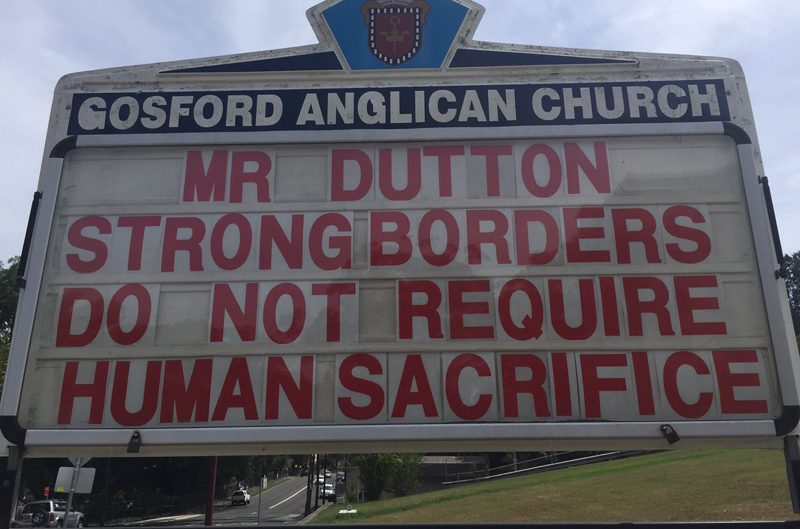 As reported in an earlier post, since 2013 asylum seekers arriving by boat without a valid visa are sent to offshore centres on Manus Island and Nauru. There is currently no possibility of being allowed to settle in Australia.

The Australian government announced in August 2016 that it intends to close the Manus centre, but the facility continues to generate controversy, most recently with the death of a Sudanese asylum seeker and the beating of two Iranian asylum seekers allegedly by police.

Faysal Ishak Ahmed from Sudan died on Christmas Eve in the Australian city of Brisbane following his evacuation there from Manus. Many people have blamed poor medical attention on Manus for his death. A number of vigils and protests have taken place:

Many people have gathered in Melbourne for Vigil for #Faysal. People standing and calling for fairness and decency. pic.twitter.com/iKgoqHYuvL

Australian Prime Minister Malcolm Turnbull and Immigration Minister Peter Dutton copped much of the criticism. One Twitter user compared it to the case of Ms Dhu, an Aboriginal woman who recently died in police custody:

How frightening to know you are dying have medics say you're faking. #MsDhu #Faysal Rest in peace. @PeterDutton_MP @TurnbullMalcolm

The arrest of two Iranian asylum seekers on New Years Eve has also resulted in accusations of police brutality:

Iranian journalist and fellow asylum seeker Behrouz Boochani has been trying to cover the story on his Facebook account:

Manus prison.I just visited the refugees who were beaten by PNG immigration yesterday. They are in police detention now. I could only talk with them behind the wire for a few minutes because the guard did not allow me to see them. The refugees were so scared and distressed and they said the police did not give them any food or medical treatment. Mohammad is in a critical situation and said he is pissing blood and has stomach pains. Some local people gave them food but Mohammad vomited the food and Mehdi has started to hunger strike. He has pain in his hand and thinks his hand is broken. The detention cell is such a dirty place and they sleep on the concrete floor. Their wounds are getting infected.Here is two new photos from them 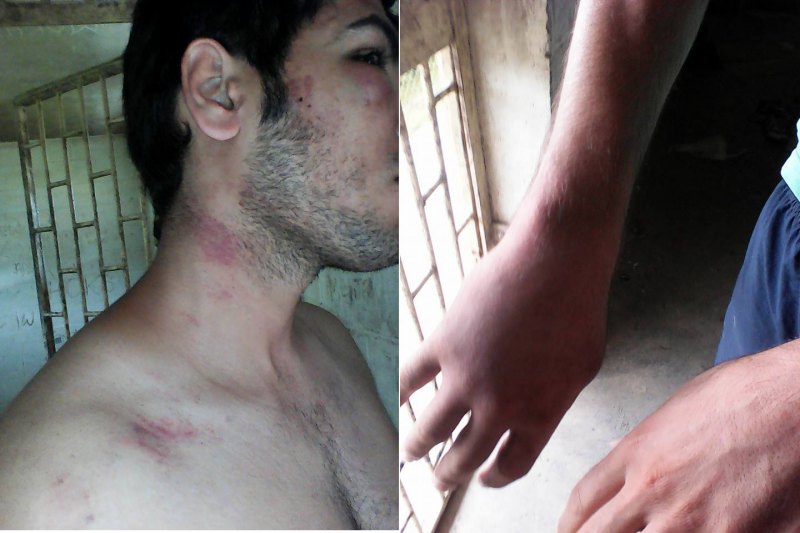 PEN International, defender of freedom of expression, has called on the Australian government to:

The detention centres have received critical attention from world media, especially The New York Times. Roger Cohen's ‘Broken Men in Paradise’ was tweeted numerous times. Cartoonist Gavin Aung Than was one of those:

“Close this foul chapter that stains Australia and echoes the darkest moments in its history” Broken Men in Paradise https://t.co/51B3H4BUow

Part of Behrouz Boochani's own refugee drama is covered in this New York Times article.

A deal was announced in November 2016 with the United States to resettle some of the successful asylum applicants, but it has yet to be implemented. Many question whether the incoming Trump administration will overturn the agreement.

A deal is being done with US. Our morally deficient govmt is sending the detainees on manus to the US…I wonder what Trump thinks

Deal or no deal, the long-term fate of those who do not resettle in the U.S. is unclear. According to the independent non-profit Asylum Seeker Resource Centre, possibilities may include returning to their home country or a 20-year visa for Nauru.

On a brighter note, there has been a positive response to a crowdfunding appeal for one Manus detainee, made by Tasmanian academic Helen Merrick and refugee advocate Anne Moon.

On the crowdfunding site Chuffed, Merrick and Moon said the money would be used to hire legal representation for a man who has been maintaining a record of abuse and harassment that he has witnessed while in detention and now is “falsely accused and charged with a crime”. So far, the campaign has raised AUS $3,155 of its $4,500 goal.